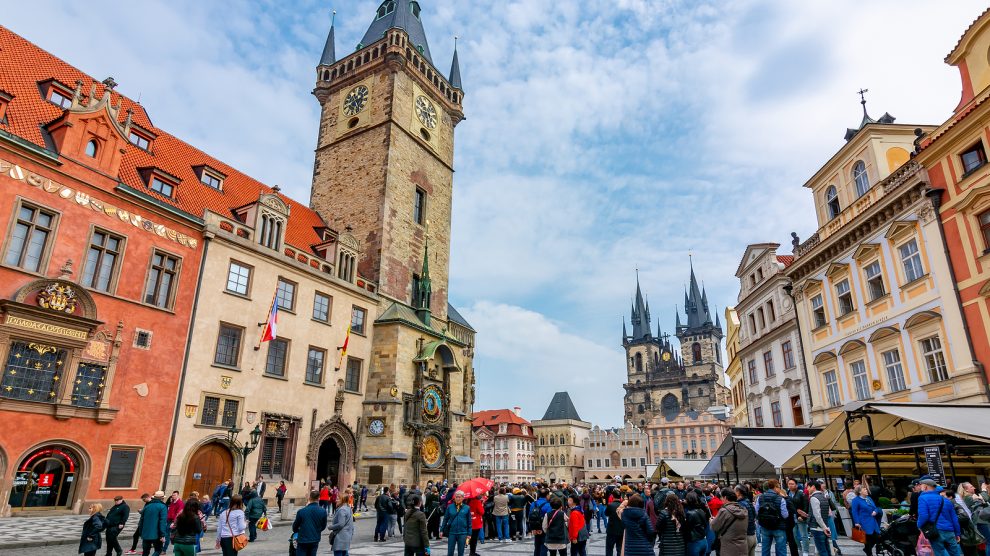 While a new wave of Covid-19 could hamper the economic recovery across Central and Eastern Europe, societies and economies in the region are now more resilient, having learnt to cope with the pandemic.

The Vienna Institute for International Economic Studies (wiiw) expects the 23 economies of Central, Eastern and South-Eastern Europe (CESEE) to grow by 4.2 per cent in 2021 – an upward revision of 0.4 per cent
compared to its April forecast.

Strong growth in the US (1.6 per cent) and China (18.3 per cent) in the first quarter as well as a sharply revised growth forecast for 2021 for both the euro area (4.4 per cent) and the EU as a whole (4.5 per cent) are among the main reasons for the upward revision by the Vienna think-tank.

Another is the improved resilience of CESEE economies.

“Despite the depressing health situation, in the first quarter the region performed much better than previously expected, indicating that economies have adapted to the pandemic,” says Branimir Jovanovic, an economist at wiiw and the main author of the report.

According to wiiw, growth in CESEE will be driven primarily by private consumption, which could boom as the pandemic moderates. This will be fuelled by the accumulated savings from 2020 and supportive bank lending.

Business investment should also contribute, with companies resuming projects they put on hold in 2020.

Strong FDI inflows (on average 6.5 per cent of GDP in the first quarter) will further increase economic activity. So will recovering exports, driven by a favourable external environment and increased foreign demand.

Employment is expected to rise in the second half of the year, whereas unemployment should drop; the crucial factor is the fiscal support provided by national governments.

Inflation will be higher than previously expected, driven primarily by the global increase in energy and food prices. Average inflation in CESEE in May stood at 4.5 per cent – higher than at any time since 2015.

“However, we consider a rise in inflation by and large to be a temporary phenomenon,” says Jovanovic.

Higher inflation will force central banks to raise their interest rates in 2021. Six of the region’s central banks have already done so, while several more will likely follow suit. As the hikes have so far been mostly symbolic, they will not have any significant effects on economic or credit activity.

Tourism is set to improve over the course of 2021, with positive implications for certain countries such as Croatia and Albania. Still, pre-pandemic levels will not be seen this year, and what improvements there are will mainly be due to the low base in 2020.

The Vienna Institute warns however that a new Covid-19 outbreak and fiscal tightening could endanger the recovery.

The primary risk to economic recovery in CESEE, it says, is a new wave of Covid-19, as herd immunity will not be reached in most CESEE countries, as vaccination rates are inadequate.

However, a new wave is unlikely to wreak the same economic damage as previous waves, as societies and economies across the region have learnt to cope with the pandemic. As such, a new Covid-19 wave will lead only to a
slowdown in growth, rather than to a recession.

The second risk is premature fiscal consolidation. Revived economic activity may impel some CESEE governments to consider consolidating their finances as early as 2021. This would certainly stall the recovery.