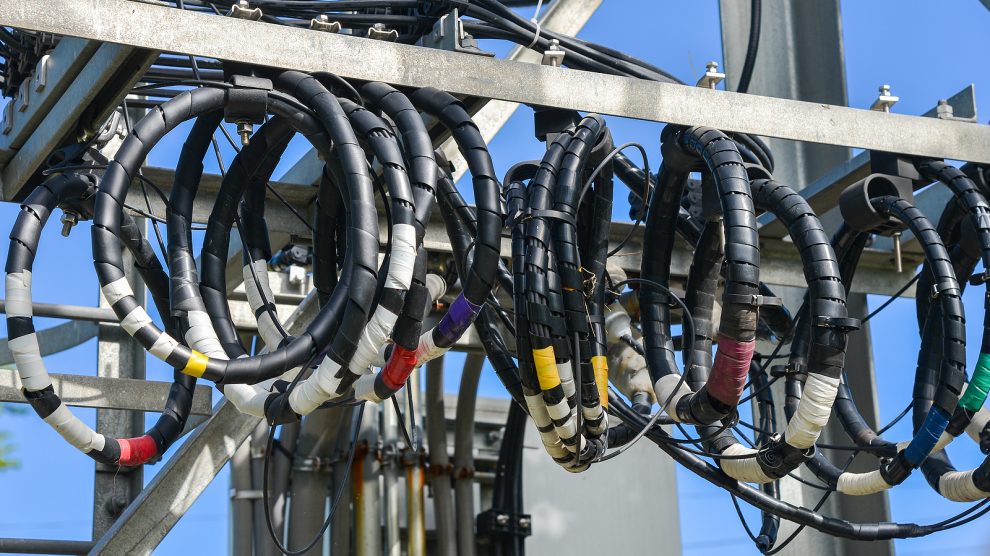 More regional cooperation – and around six billion US dollars – is needed for the countries of Central Asia to ensure that they can make the most of the opportunities offered by digitalisation.

Digitalisation has become an inextricable part of economic development. Research from the World Bank estimates that that a 10 per cent increase in internet connectivity can add at least one per cent to economic growth.

Furthermore, just a one per cent increase in internet connectivity can boost exports by 4.3 per cent.

It is through digitalisation that poorer, agrarian-based economies can bypass industrialisation. It can allow them to break through the glass ceiling of primary resource-based countries and enter the ranks of the world’s advanced economies.

Because of this, it is crucial for developing countries to digitalise as fast as possible. With every passing year, emerging countries that fail to adequately develop their digital economies fall further and further behind the rest of the world, ensnaring them in relative poverty.

Central Asia is a region with major potential in the digital sphere, but which unfortunately lags behind much of emerging Europe.

While the numbers vary greatly between the five countries, overall nearly half of the population of Central Asia lacks internet access. Kyrgyzstan, Tajikistan and Turkmenistan fall below the global average of 54 per cent internet penetration, according to statistics from the World Bank.

Furthermore, in terms of access to broadband connections, as opposed to mobile, only Kazakhstan, at 13.44 per cent, is above the world average of 13.26 per cent.

Beyond this lack of access, internet speed is another problem in the region. According to data from Speedtest.net, Kazakhstan fares best, with an average broadband speed of 58.35 Mbps, but places just 67th globally.

Turkmenistan has one of the slowest average broadband speeds in the world, at just 4.19 Mbps.

With this in mind, governments in the region need to move fast to ensure that their citizens don’t miss out on the potential offered by a digital future. The good news is that several of the governments seem to be aware of the need to kick on.

Kazakhstan, with the highest internet penetration in the region (80 per cent – higher than several European countries) was the first to see the potential. In 2017, the government launched its Digital Kazakhstan programme, aiming to expedite the digitalisation of the economy and society.

Furthermore, the Kazakh government has been active in encouraging start-ups. Every major educational institution in the country welcomes and supports start-ups, with Nazarbayev University in Nur-Sultan leading the way.

One of the most promising start-ups to emerge from the country is Sezual, a tech company making devices which help blind people navigate through echolocation.

Nurbek Yensebayev, the CEO, is full of praise for the support his government provided for the company’s development. In particular, he singles out Yerlan Aukenov, vice minister of labour and social protection, for organising commissions to help test Sezual’s products.

“He left the public in no doubt about the performance of our technology,” Yensebayev tells Emerging Europe.

Galimzhan Gabdreshov, co-founder of Sezual, believes that government initiatives have produced tangible benefits for every Kazakh citizen – and have facilitated Kazakhstan’s emergence as the regional leader in digitalisation.

In Uzbekistan, the largest country in the region by population, there has also been movement towards digitalisation.

From 2019 to 2020, Uzbekistan nearly doubled the length of its fibre-optic infrastructure, from 36,600 kilometers to 68,600. The government has also simplified permits for the construction of cell towers, leading to an acceleration of internet connectivity – this has allowed all three of the country’s state-owned telecommunications providers to solidify cooperation with Chinese giant Huawei in the installation of 5G.

As a first step, the initiative aims to make all state payments – such as duties, taxes and fines – digital by August 1. The initiative also envisages closer collaboration between government bodies and business entities, a step forward in Uzbekistan’s state-dominated economy.

However, the other three Central Asian countries lag far behind Kazakhstan and Uzbekistan. Turkmenistan, unsurprisingly, has the region’s lowest internet penetration rate and its autocratic political structure stifles the creation of IT-oriented private industry.

At the other end of the political spectrum, Kyrgyzstan, which arguably has the region’s most robust democracy, fares little better. In April, Taalai Baiterekov, the head of Kyrgyzstan’s office of digital transformation admitted in an address to parliament that “digitalisation of the country is going very slowly” and that “results so far are not very impressive.”

Tajikistan, an economy highly reliant on remittances, is also struggling. In 2019, fewer than one per cent of households had broadband internet access, with just over a third having mobile internet access. Internet is also prohibitively expensive for much of the country, particularly in rural areas where 70 per cent of the population lives.

Researchers from the International Telecommunications Union estimate that it will take investment of six billion US dollars to connect the remaining half of Central Asia’s population to the internet. This would require an unprecedented degree of cooperation, coordination and political will to accomplish.

However, Nurbek Yensebayev believes that this level of cooperation is in the making. Kazakhstan is already assisting its neighbours in their digitalisation efforts and he believes that this can form the basis for increased integration between the five countries, including the creation of a single legal zone and economic coordination.

“Most important here is a timely focus, and Kazakhstan is an example of this. Although Kazakhstan is currently a regional leader in this important area, it is good to see that the other countries are also taking active steps in the right direction,” says Yensebayev.