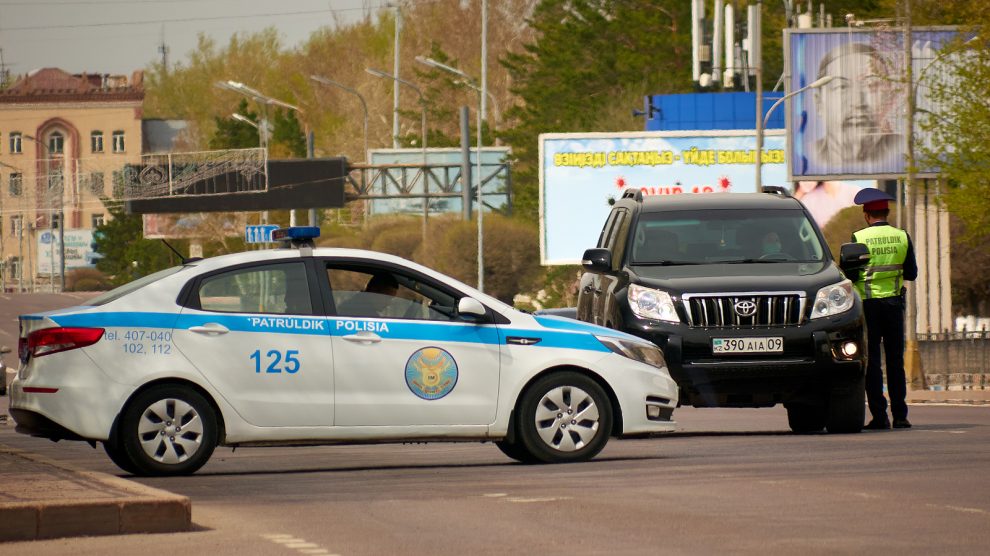 Authorities in Kazakhstan have targeted at least 135 people across the country with criminal investigations and prosecutions for alleged participation in banned “extremist” political opposition groups, according to Human Rights Watch.

Over the last three years, Kazakhstan authorities have increased their misuse of vague and overbroad criminal charges relating to the crime of “extremism” to harass and prosecute government critics, according to Human Rights Watch (HRW).

HRW said in a statement on July 7 that the crackdown violates the rights to freedom of expression and association.

“It is not a crime to want to see political change in Kazakhstan, or to peacefully express sympathy or support for political opposition groups advocating those changes,” says Mihra Rittmann, senior Central Asia researcher at HRW. “Kazakh authorities have effectively criminalised the expression of nonviolent political views, and in doing so, blatantly violated fundamental human rights.”

HRW says that in April and May 2021 it interviewed seven people under investigation, charged, or convicted on politically motivated charges of “organisation and participation in the activities of a public or religious association or other organisation after a court decision banning their activities or liquidating them in connection with extremism or terrorism” (article 405 of Kazakhstan’s criminal code).

The human rights watchdog also interviewed two Almaty-based lawyers who have collectively worked on 10 such cases since 2018, and reviewed court documents for nine other cases and dozens of media articles about such prosecutions.

On June 2 HRW sent a letter to the Kazakh Foreign Affairs Ministry summarising the findings and requesting information about government policies and practices regarding the prosecution of alleged members of banned “extremist” organisations.

On June 28 the ministry confirmed receipt of the letter in an email to HRW. The ministry said that the letter had been “sent for further consideration” to relevant state bodies and based on the results of their joint review, Human Rights Watch would “be provided with an exhaustive answer to your questions”.

No further information had been provided to HRW by July 7.

Since 2018, authorities across Kazakhstan have increasingly harassed, questioned, detained, and prosecuted perceived or actual members of the banned “extremist” groups, including for participating in peaceful rallies. At least three people who were convicted in 2019 under article 405 are facing prosecution for a second time on the same charges, HRW found.

On March 13, 2018, the Esilskii District Court in Nur-Sultan, Kazakhstan’s capital, ruled that the Democratic Choice of Kazakhstan (DVK) was an “extremist” organisation and banned its activities throughout Kazakhstan, including online and on social media networks. The opposition group was founded and led by Mukhtar Ablyazov, an exiled opposition figure who was once a banker and a government minister. He has been prosecuted in absentia on serious criminal charges, including fraud and extortion, and separately on one count of murder. Ablyazov has rejected the charges, saying they are politically motivated.

In May 2020, some months after activists announced the formation of a new group, the Koshe Party, it was also banned by court order as “extremist”, with authorities contending that it was the same as Democratic Choice under another name.

The decisions to ban the groups were based on state-commissioned psychological-linguistic analyses of the material posted on social media. The court rulings did not cite any other evidence showing that either group had advocated or engaged in violence.

Abaibek Sultanov, 45, from Kaskelen, a town outside Almaty, in southeast Kazakhstan, was sentenced to one year of restricted freedom on May 14, 2021, under article 405 of the criminal code. Sultanov told HRW: “the [linguistic] expert concluded that I belong to Koshe but did not find that I called for an overthrow [of the government] or that I agitated for others to join.”

The people targeted for ties to the groups come from many walks of life and from cities and villages across Kazakhstan. Some regularly participate in protests and engage actively on social media networks, while others appear to have had minimal engagement in political opposition activities.

The United Nations special rapporteur on the promotion and protection of human rights and fundamental freedoms while countering terrorism, Fionnuala Ní Aoláin, after visiting Kazakhstan in May 2019, expressed her “serious concern about the use of the terminology of ‘extremism’ in national law and practice”. She found that when “extremism” is a “criminal legal category”, it lacks legal certainty and thus is “incompatible with the exercise of certain fundamental human rights.” She highlighted arrests on charges of article 405 as evidence of the government’s heavy-handed approach to civil society. Arrests and prosecutions under article 405 have continued following Ní Aoláin’s visit.

Bakhytzhan Toregozhena, the head of the human rights group Ar.Rukh.Khak, which maintains a list of people targeted for their civic activism, found that at least 58 people have been convicted under article 405 since 2018.

Sentences range from a one-year non-custodial sentence with restrictions on freedom of movement to a maximum two-year prison sentence. Another 77 people, 18 of whom are currently under arrest or under house arrest, are under investigation or considered persons of interest on the same charge.

In addition, courts frequently apply additional sanctions under article 50 of the criminal code to people convicted under article 405, banning them from participating in political, civic, or other kinds of activities, or from using social media networks. Ní Aoláin found that these additional sanctions “prolong disproportionate violations of civil society’s rights to freedom of expression, association and participation in public affairs.”

Imposing a blanket ban on engaging in certain activities, or on using social media, is arbitrary and violates the internationally protected right to freedom of speech, HRW says.

The Kazakh government has long restricted the rights to freedom of speech and assembly, and used restrictive legislation, including vague and overbroad criminal charges, to arbitrarily restrict the rights of government critics and of political opposition groups. No genuine political opposition groups are registered in Kazakhstan today, according to HRW.

The rights watchdog now wants Kazakhstan’s international partners to call on the government to commission an independent review of these convictions and to stop targeting perceived or actual members of banned “extremist” groups.

“Seeking political change is not a crime,” Rittmann says. “The bottom line is that the Kazakh government has a responsibility to protect and uphold freedom of association, assembly, and speech for everyone, including those who hold views the authorities don’t like.”