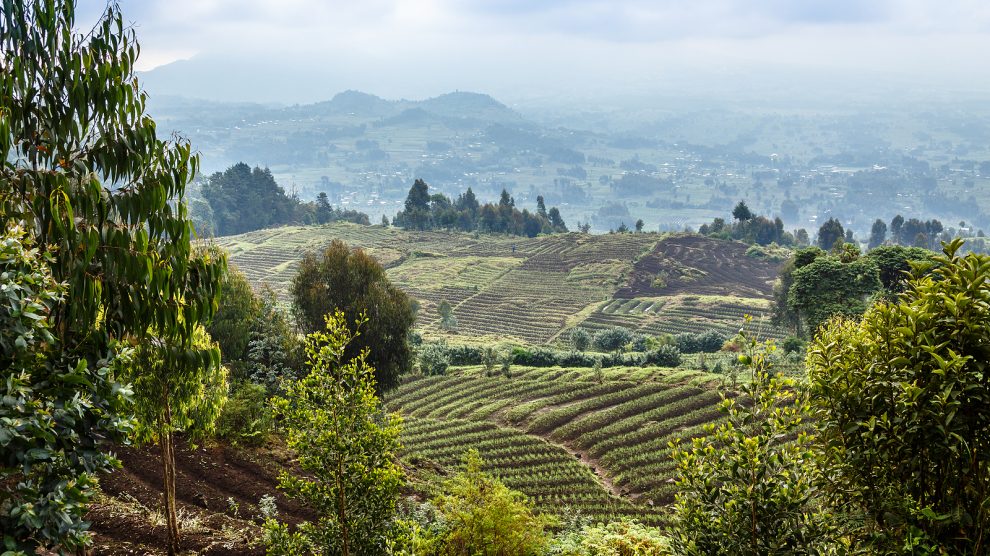 The EU and Africa must join efforts to reach the sustainable development goal of zero hunger and address the challenges of nutrition and food security. Progressive African organisations such as AGRA are ready to make that happen.

Last year was set to be pivotal for relations between the European Union (EU) and the African Union (AU), which have converging interests in a number of areas, not the least of which is the fight against climate change and the promotion of sustainable, job-creating economic growth in Africa.

In March 2020, the European Commission proposed a new Strategy for Africa, emphasising the EU’s will to strengthen links between the two continents.

When presenting the strategy, European Commission President Ursula von der Leyen called for “a new, comprehensive strategy with Africa to boost economic relations, create jobs in both continents and deepen our partnership across the board”.

The Commission’s proposed strategy includes five key themes highlighted as essential for a successful partnership: green transition and energy access in compliance with the Paris Agreement on climate change; digital transformation; sustainable growth and jobs, promoting investment through innovative financing and enhancing ‘learning, knowledge and skills, research and innovation capacities, particularly for women and youth, protecting and improving social rights, and eradicating child labour’; peace and governance; and a balanced, coherent, and comprehensive approach to migration and mobility.

One of the primary areas identified for cooperation is agriculture, which spans – in one way or another – all five of the Commission’s themes.

According to the Commission’s strategy, the EU and Africa must join efforts to reach the sustainable development goal of zero hunger and address the challenges of nutrition and food security by boosting safe and sustainable agri-food systems.

“A partnership on agriculture would support the development of environment-friendly agricultural practices, promote local production and integrate biodiversity concerns. This includes setting sanitary and phytosanitary standards and the protection of natural resources. Trade between the EU and Africa plays an instrumental role supporting opportunities for sustainable food systems,” reads the strategy.

“At the same time, agricultural food production, processing and distribution provides the bulk of direct employment and income in Africa particularly in rural areas contributing thus to a balanced territorial development. It has the potential to provide employment for a significant part of the 800 million African people that are estimated to enter the workforce within the next 30 years.”

The strategy was set to be discussed at the next AU-EU Summit with a view to adopting common guidelines. Usually triennial, the summit was initially scheduled for autumn 2020 in Brussels, but was later postponed to 2021 due to the coronavirus pandemic.

Portugal, which held the Presidency of the Council of the EU from January to June this year, originally committed itself to intensifying EU cooperation with the AU and Africa as a whole, indicating that it would take an active part in preparing the EU-African Union Summit.

The summit, however, has not yet been rescheduled, and the task of doing so now falls on Slovenia, which assumes the EU Council presidency on July 1.

The signs are not good: on its otherwise impressive website outlining its priorities for the presidency, a search for ‘Africa’ offers no results.

The world’s second most populous continent does not appear to be a priority for the Slovenian presidency.

Nevertheless, the summit’s postponement has given more time for African states themselves to deepen discussions in order to forge a united response to the EU’s proposed strategy. 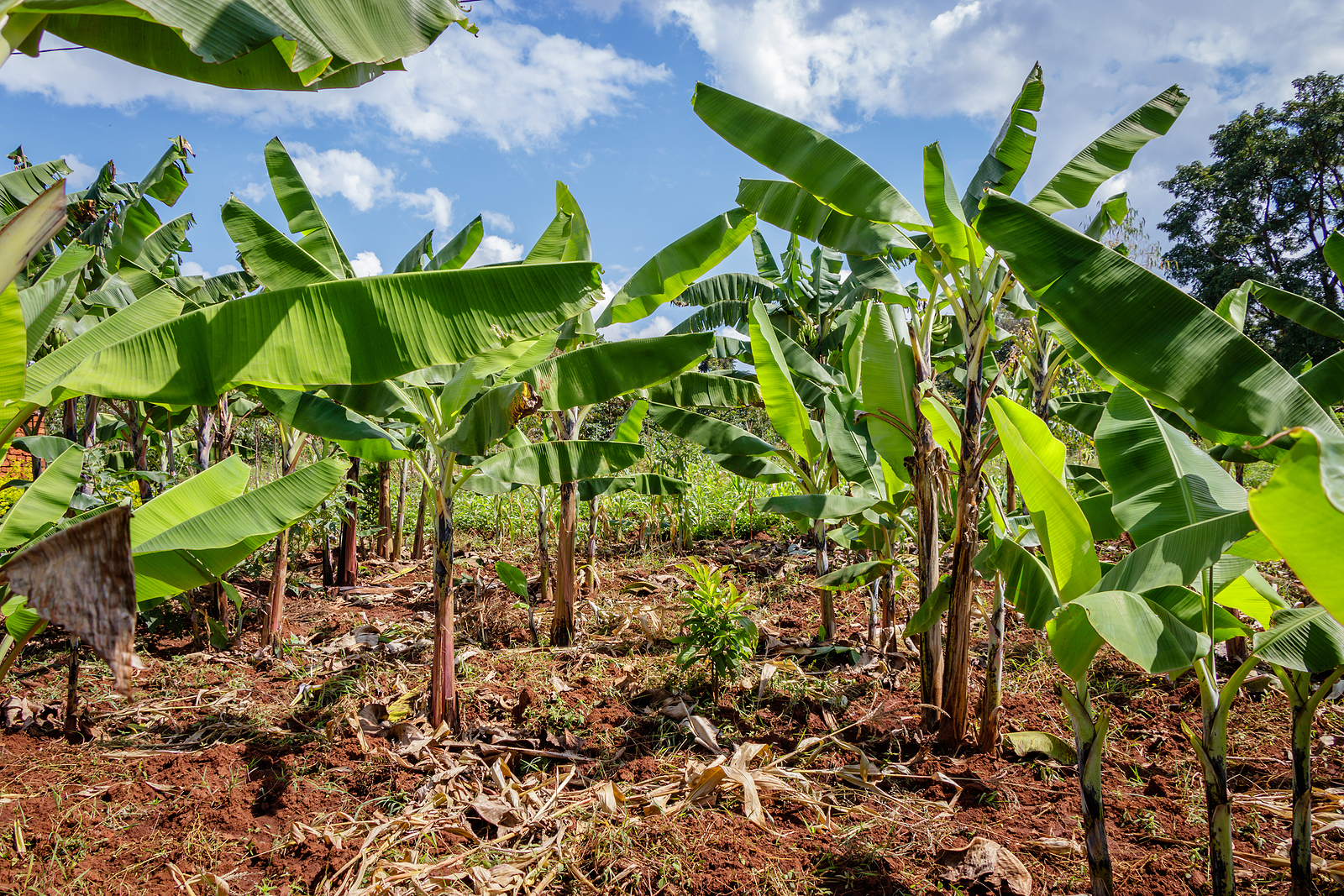 In the field of agriculture, one of the African organisations leading those discussions is the Alliance for a Green Revolution in Africa (AGRA).

AGRA was founded in 2006 as an Africa-based and Africa-led organisation that works within the Comprehensive Africa Agricultural Development Programme (CAADP), Africa’s policy framework for agricultural transformation, wealth creation, food security and nutrition, economic growth and prosperity.

Its president, Agnes Kalibata, says that Africa should move away from being “synonymous with hunger” because “we are not a hungry continent”.

“We have best resources in the world, hardworking people and we are working on the best private sector ever,” she says.

She adds, however, that “we need to pay attention to what we are doing. We cannot just produce food and go about business without recognising that the environment is begging to buckle under the weight we are putting on it.”

“Policies need to support provision of financing incentives for SMEs in the agriculture sector and developing resilience for smallholder farmers,” he says. “Increasing government investment in the sector will drive financial institutions to increase their portfolio of lending to the sector, which currently lies at less than one per cent.”

Another priority, adds Nwafor, is fast-tracking of the digitalisation of agriculture in Africa.

“The global workforce is digitising faster than ever before. Post-Covid, automation will take an ever more central stage. The fast mobile phone penetration in Africa has potential for driving innovation and building a tech savvy workforce in the sector.”

According to Vladimir Rakhmanin, assistant director general of the United Nations Food and Agriculture Organisation (FAO), collaboration is key to implementing digital solutions.

“A comprehensive national strategy, which can prevent e-agriculture projects from being implemented in isolation resulting in duplication of efforts and resources, and instead develop efficiency gains from intra-sector and cross-sector synergies,” he wrote in a landmark 2018 paper looking at e-agriculture in Central and Eastern Europe and Central Asia.

“In addition, a participatory planning and strategic approach in ICT applications in agriculture is contributing to improving inter-institutional collaboration, transparency and trust.”

It’s precisely this kind of collaborative strategy that organisations such as AGRA want to implement in Africa.

In May, it signed a deal with Aceli Africa, a market incentive facility that unlocks capital for agricultural small- and medium-enterprises (SMEs) in East Africa, to enhance capital flows to SMEs in the agriculture sector and support a financially inclusive agricultural transformation across Africa.

AGRA and Aceli have committed to jointly work together to test and scale up innovations that substantially drive down the cost and risk of financing SMEs in the agriculture space.

Digital solutions, says AGRA’s vice president of strategic partnerships Vanessa Adams, will be at the core of the agreement.

“This partnership will also work on implementing digital solutions to make financial record keeping and reporting more efficient and reliable which will improve the bankability of the SMEs,” she says.

Europe has a great deal of expertise to offer in the field of digitalisation: know-how that Africa would do well to make use of as and when the EU and AU formalise their partnership.

As part of the Common Agricultural Policy (CAP), which governs agriculture in the EU, member states are required to use the Integrated Administration and Control System (IACS) to assure that transactions financed by the European Agricultural Guarantee Fund under the CAP are actually carried out and executed correctly, and to prevent and deal with irregularities.

AGRA views agriculture as the single greatest opportunity to deliver inclusive economic growth, jobs, and health to the African continent. It says that no region in the world has built a modern economy without first strengthening its agricultural sector.

Europe knows this better than anyone, which makes Slovenia’s lack of attention to both Africa and agriculture a setback.

The next EU Council presidency, however, will belong to France, which besides retaining a key interest in Africa is also one of the world’s agricultural heavyweights.

When the EU is ready to once again engage with Africa and African agriculture, organisations such as AGRA will be ready.