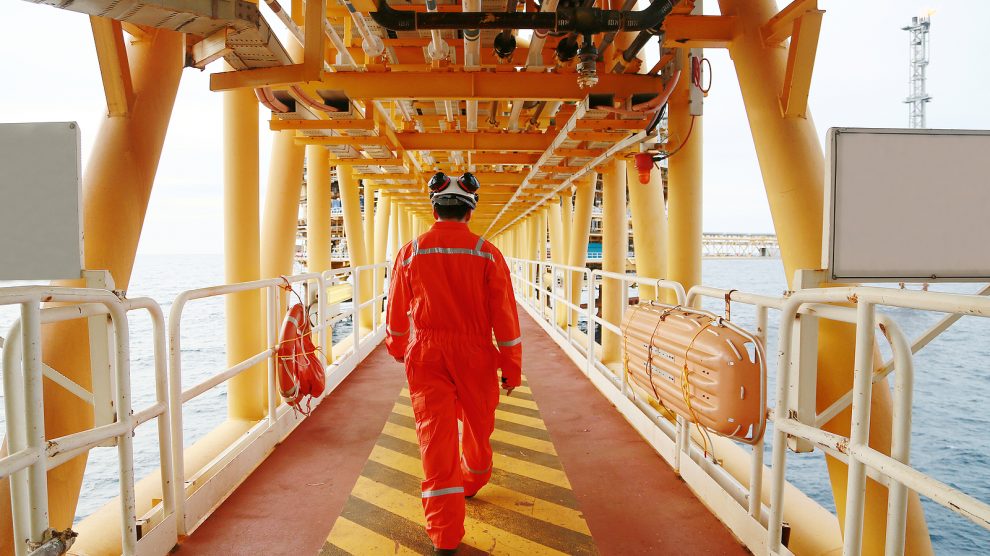 Across the globe, countries with a wealth of natural resources are broadly authoritarian and corrupt. Central Asia is no exception.

The Caspian Sea region is one of the world’s richest in terms of natural resources. This has contributed significantly to the economic growth of Azerbaijan, Kazakhstan and Turkmenistan in the post-Soviet era, as well as in helping those countries attract significant amounts of foreign investment.

And yet while this wealth of natural resources might at first appear a blessing, some analysts have suggested that this same wealth provides a fertile breeding ground for authoritarianism. Indeed, all three states are among the most authoritarian not just emerging Europe and Central Asia, but the world.

According to the World Bank, in 2018, direct or indirect revenue from natural resources made up 30 per cent of GDP of Azerbaijan, 22.4 per cent in Kazakhstan, and 24.7 per cent in Turkmenistan.

While these levels of dependency are lower than those observed in some resource-rich Sub-Saharan African countries, such as the Republic of Congo where resource rents can make up as much as 54.9 per cent of the GDP, Azerbaijan was nevertheless the eighth most resource-dependent country in the world in 2018, ahead of countries where the idea of the so-called “resource curse” originated, such as Saudi Arabia and Oman.

Despite being both geographically and culturally very different, the shared experience of a recent past within the Soviet Union means that the three Caspian Sea states exhibit a number of similarities with each other, and with many of the states around the world that have been blighted by the resource curse.

The resource curse theory posits that most countries in possession of natural wealth tend to be less democratic and less developed – not despite that wealth, but because of it.

In short, being in possession of such resources often means that there is a lack of incentive amongst ruling elites to develop sectors other than those dedicated to resource extraction, in turn making such countries more vulnerable to economic stagnation, as well lowering the likelihood of establishing a democracy because of the high stakes involved in maintaining control over profitable resources.

In 2018, the Organisation for Economic Co-operation and Development (OECD) said bluntly (in a major report looking at energy-dependent economies) that “a disquieting set of evidence suggests that the relationship between a country’s natural resource endowment and its long-term economic development is negative.”

The Caucasus and Caspian Sea states have long been described as a prime example of the resource curse. While Armenia and Georgia, which barely possess any energy deposits, enjoy significant (if far from perfect, as recent events in both countries have demonstrated) levels of plurality and are usually ranked as hybrid regimes in international measures of democracy from organisations such as the Economist Intelligence Unit and Freedom House, Azerbaijan is consistently ranked towards the bottom of such measures of political and social liberty.

Similarly, Azerbaijan’s oil-dependent economy is almost three times larger than that of neighbouring Armenia and Georgia, and Baku boasts an impressively modern skyline that suggests a prosperous nation.

However, according to the World Bank, per capita GDP in the country is 4,793 US dollars, which is similar to that of both Armenia (4,622 US dollars) and Georgia (4,697 US dollars).

GDP per capita is also lower than that in similarly resource-rich, but less energy dependent Kazakhstan (9,812 US dollars) and Turkmenistan (6,966 US dollars).

Kazakhstan and Turkmenistan are particularly interesting to look at as a pair, because of their similar levels of resource dependency, geographical proximity, as well as how they functioned as Soviet republics. Even today, they do not seem so different at first glance, as both maintain an image as authoritarian states that have done little to shed their Soviet legacy.

However, the level of freedom enjoyed by Kazakhs is far higher than that available to residents of Turkmenistan, which is often compared with North Korea.

For scholars such as Pauline Jones Luong, professor of political science and director of the International Institute at the University of Michigan, the reason why the average Kazakh enjoys access to the internet, and the possibility to travel and study abroad (such luxuries are off-limits to most Turkmen) is the presence of a large number of foreign actors in Kazakhstan’s lucrative oil and gas industry.

Following the break-up of the USSR, Turkmenistan inherited the Soviet technology used to extract gas from some of the world’s largest gas fields located in its share of the Caspian Sea, allowing the country to continue to operate in a manner reminiscent of the Soviet period. Some of its major foreign partners and investors are, to this day, from Belarus, China, and Russia – none of which can be regarded as bastions of freedom.

At the other end of the spectrum, post-Soviet Kazakhstan possesses difficult-to-extract natural resources found deep in the ground. There was, therefore, a necessity for western actors to provide modern equipment, and a number of companies were quick to establish relations with the largest of the Central Asian states as early as the beginning of the 1990s.

The mostly American-owned Tengizchevroil entered the Kazakh market in 1993, while the American, Dutch and Italian-owned Karachaganak Petroleum began operations in the country in 1997, followed later the same year by the Swiss Kazzinc.

According to some analysts, this presence of western actors can at least in part mitigate the impact of the resource curse by forcing ruling elites to agree to some accountability for the way that they run the country. After all, western energy companies are ultimately accountable to shareholders.

This theory would appear to be backed up by the relative freedom enjoyed by Kazakhs when compared to Turkmen.

However, others disagree, going so far as to accuse foreign investors of essentially funding a corrupt and authoritarian regime in Nur-Sultan which continues to deny its citizens any real political freedom.

What’s certain is that with alternative energy sources becoming increasingly sought after, necessary, and cheap, all resource-dependent states need to take concrete steps to diversify their economies.

Eventually, something will have to give.