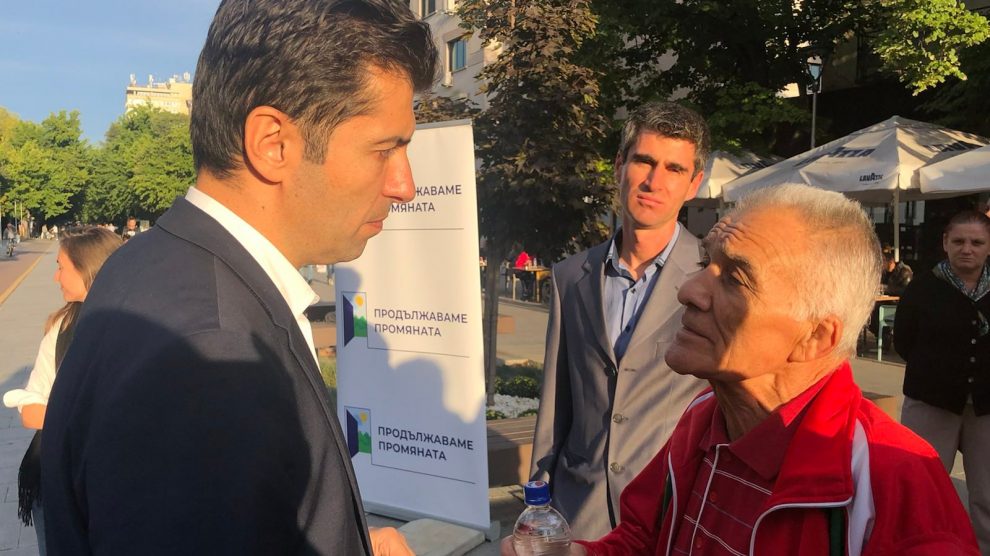 Bulgaria’s long political crisis, which began with anti-corruption protests in 2020, finally seems to be nearing its end.

At the third time of asking, Bulgarians on November 14 finally appear to have chosen a party both willing and able to form a government.

Continue the Change (PP) won the the country’s third parliamentary election of 2021 with 26 per cent of the vote, having been created less than two months before. Indeed, so new is PP that at the time of its formation the deadline to register for the November elections had already passed.

As such, the party joined an existing coalition headed by Volt Bulgaria, the local branch of the pro-federalist, centre to centre-left movement Volt Europa.

Despite its youth, Ivaylo Dinev, a researcher at Sofia University, does not find PP’s recent success surprising. Indeed, it may well explain it.

“They won the election because they appeared at the exact moment when other anti-establishment parties had failed to reach a compromise on policies and turned on each other,” he tells Emerging Europe.

How did PP win?

According to Dinev, PP appealed to voters previously split between the three main anti-establishment parties, There Is Such A People (ITN), Democratic Bulgaria, Stand Up! Mafia Out!

“In a rather short period of time, its leaders [Kiril] Petkov and [Assen] Vassilev showed a much greater readiness to hold a dialogue and to run the country,” he argues.

Maria Popova, a professor of European politics and post-communist transformation at McGill University, Canada, adds that their impressive resumes, accompanied by their obscurity among voters (although both had been part of the caretaker government which has run Bulgaria for much of this year), contributed to the win.

“They are perceived to be genuine political outsiders. They were appointed as technocrats due to their strong CVs – they have four Harvard degrees between them, as well as experience in multinational companies and ambitious start-ups,” she tells Emerging Europe.

“Their political rise over the summer mainly stems from the perception that they used their key posts – minister of the economy and minister of finance – to expose the state capture of the former ruling GERB party,” Popova adds.

Is the deadlock truly over?

Despite their rapid rise in popularity and impressive results given the current political situation in Bulgaria, PP was nevertheless left far from a majority.

Before them now stands the task which previous election winners, GERB and ITN, failed to complete – forming a viable coalition.

The difference this time around however is that most analysts are – at least cautiously – optimistic about their chances.

“All political parties are now afraid of holding yet another parliamentary election, as they all lost seats. In this sense, not only PP, but the other three parties in coalition negotiations (ITN, Democratic Bulgaria and the Bulgarian Socialist party; BSP) are eager to find a successful formula for governing and ending the political crisis,” asserts Dinev.

Antoaneta Dimitrova, professor of European affairs and democratisation at Leiden University, also says that this round of negations already looks more promising.

“PP has formed working groups and is seeking policy coordination from its potential coalition partners, which is the best approach to change the highly personalised and populist nature of Bulgarian politics,” she tells Emerging Europe, warning however that, “they cannot afford to get bogged down or to take too long with the negotiations.”

“The previously obstructionist ITN now strikes a more collaborative tone, while PP’s most natural ally, Democratic Bulgaria, is constructive. So far, the BSP is refraining from making excessive demands,” he points out.

Bulgaria also held another election in November, in which President Rumen Radev was comfortably returned to office for a second term, albeit on a turnout of 38 per cent, the country’s lowest in 30 years.

The second round of presidential elections (and fifth of the year), were held on November 21, following an inconclusive result the prior Sunday.

Backed by the BSP, Radev received 66.7 per cent, while his opponent, GERB’s Anastas Gerdzhikov, took just 31.8 per cent.

“Rumen Radev is by far the strongest politician in Bulgaria at the moment. Not only because of the shocking difference between him and Gerdzhikov in the second-round, but also because of the long-standing high levels of trust and support from Bulgarians,” says Dinev.

Radev’s election however did raise eyebrows in Washington and beyond, following his controversial statement that Crimea is “currently Russian” during a presidential debate, undermining somewhat Bulgaria’s position as a reliable NATO member.

“Radev’s Crimea position is out of line with international law and the EU’s position. However, it is unlikely that he would pursue it any further through his foreign policy,” Popova argues.

Dinev meanwhile explains that Radev’s re-election said more about public disdain towards his opponent than signal broad support for the president’s statements on Russia.

“He has managed to gather support from all voters who identify with the need for change to the GERB model, and this includes people with very different views on Russia, both left wing and right wing, as well as both liberals and nationalists,” he says.

Meanwhile, Popova argues that, on the domestic level, a more worrisome aspect of Radev’s landslide re-election is that it might embolden him to attempt constitutional change – strengthening the presidency – if he perceives PP as a “pro-presidential” party.

“It is debatable whether PP owe their success to Radev or, to some extent, vice-versa, and it also remains to be seen how the relationship between the president and the leaders of the parliamentary coalition will evolve,” she concludes.

Of course, that coalition first needs to be formed. But for the first time this year, it now looks a real possibility.