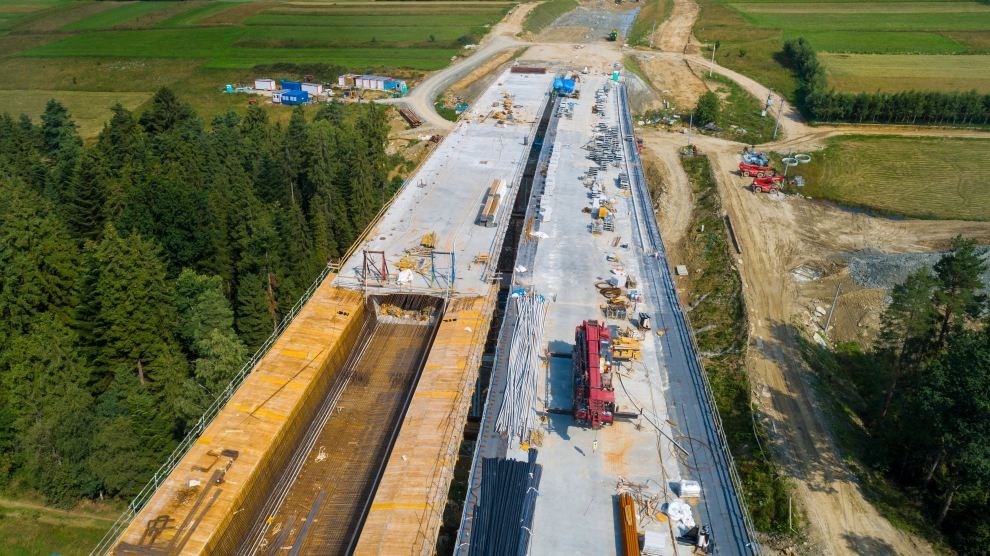 The Covid-19 crisis is a “once in a lifetime” opportunity for emerging Europe to rethink how it approaches large infrastructure projects and the wider issue of mobility. By turning to public-private partnerships, green technology, and automation, the region can take a giant leap that might otherwise have taken decades. However, in order to do so, the region – and indeed the whole of European Union – will have to reappraise how it chooses which infrastructure projects to take on, and how it goes about building them.

These were some of the key conclusions reached during a highly constructive discussion dedicated to infrastructure and mobility, part of the recent Emerging Europe and the United States: Towards 2030 event, a unique initiative focused on developing smart and sustainable future relationships between the region and the US, organised by Emerging Europe on August 27.

One important challenge the region will need will deal with is the large infrastructure gap it has in comparison with Western Europe that, when Russia and the CIS countries are included, stands at a staggering three trillion US dollars (around 2.5 trillion euros).

“The gap is here and whenever we talk to investors about how much progress we’ve made it never seems to be enough. We still have lots and lots connections to build,” says Agnieszka Gajewska, partner and CEE government and public sector leader at PwC.

She points out that despite everything that has been built in emerging Europe over the last 20 or so years, there are still many bottlenecks that need to be addressed. These bottlenecks are physical, such as the fact that connections from West to East are much better than those North to South, but also digital and bureaucratic.

This way, the region could begin to benefit from shorter and more efficient supply chains. Clever construction of infrastructure could bring additional value to entrepreneurs and companies by making them more globally competitive.

The pandemic has created many challenges for governments, but it has also opened up space for governments and stakeholders to make infrastructure projects better, faster, and smarter.

Libor Lochman, the executive director of the Community of European Railway and Infrastructure Companies (CER), an organisation that brings together railway projects, national associations, and infrastructure managers, sees automation as key to smarter and more environmentally friendly infrastructure.

“We need much higher efficiency, much lower consumption of fossil fuels, and much higher share of electric and green energy,” he says.

That way, the ambitious plans of the European Green Deal could be connected with the Covid-19 recovery efforts and the concept of green mobility. Otherwise, resources are wasted.

“And that’s what we do today, we really waste the resources, so we need to provide more technology for automation,” Mr Lochman explains.

But as countries in emerging Europe try to take advantage of better infrastructure, shorter supply chains, and automation they would be wise not to fall into the trap of isolationism, according to Elena Poptodorova, deputy chair of the American University in Bulgaria (AUBG).

“One big risk we may be running is if there would be the temptation and necessity to localise manufacturing. If that were to happen, would countries disconnect themselves from the global supply chain? I think this is a big risk,” she warns.

Ms Poptodorova also warned of what she sees as a growing digital divide in emerging Europe between not only countries but also within them. Even though many countries in the region, such as Bulgaria and Romania, have very fast internet speeds this hasn’t necessarily translated into faster adoption rates of digitalisation. She further stressed that current society needs to navigate both physical and digital connectivity,

“Gradually we started realising there is more to integration than just signing papers and treaties,” Ms Poptodorova says.

“And when Covid-19 hit that became even more apparent. We know that we need physical connectivity but we also need to develop virtual connectivity.”

Bureaucracy is another piece of the infrastructure puzzle in emerging Europe and the changes in how things are done – brought about by the Covid-19 pandemic – may be the perfect time to let go of the old way of doing things.

The time has come, according to Mr Farmache, to move quickly and coordinate with different levels of governments.

Teaching emerging Europe how to overcome bureaucratic hurdles may be the greatest contribution the United States can make to the region’s infrastructure and mobility sectors.

“The US needs to bring something that is additional to what we’re already discussing, and this can certainly be technology and know-how. Things like open data, smart cities, technology and built-for-purpose infrastructure,” says Ms Gajewska.

Mr Farmache points out that while the infrastructure gap in the region is big, there is also a lot of dry power, to the tune of 1.5 trillion US dollars, in the hands of private equity that could be invested into new projects.

He believes the United States should share with emerging Europe just how well public-private partnerships can work.

“From my perspective what we can take from the US is the courage of private investors to invest in infrastructure,” Mr Lochman concludes.