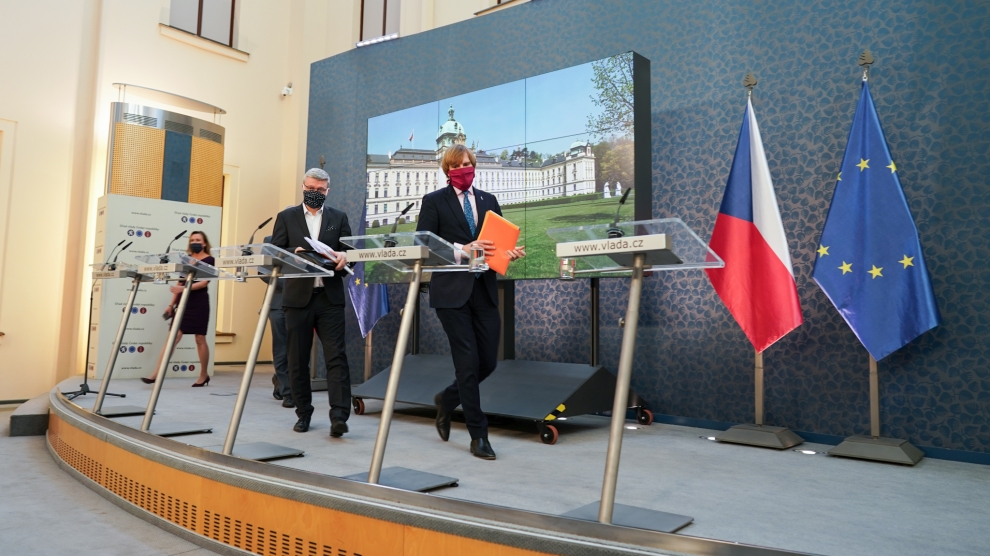 Czechs can now exercise alone without face masks. They can visit DIY, hardware and building supply stores, as well as buy a new bicycle or get their old ones repaired, as bike shops have also allowed been to re-open. Essential travel outside the Czech Republic has been permitted since April 14.

The first, slow steps towards a return to normal life have been taken.

Restrictions will be further lifted on April 20, with the opening of farmers markets, craft shops and bazaars. Wedding celebrations with fewer than 10 people will also be allowed to take place.

From April 27, shops under 200 square meters in size will also be allowed to open, while from May 11, gyms and fitness centres will once again be able to welcome clients. From May 25, the outdoor areas of cafes, pubs, and restaurants will be able to open. Services including barbershops, hairdressers, pedicure and manicure facilities, spas and massage parlours, as well as museums, galleries and zoos will also be able open from this date.

“Besides cross-border commuters and other individuals already excepted from the existing travel ban, people who can prove that it is essential for them to travel abroad for business or personal reasons will also be allowed to travel outside the country. They are to have as little personal contact as possible while they are abroad, and upon returning to the Czech Republic they will have to undergo a health check and go into quarantine,” the government of prime minister Andrej Babiš’s said in a press release.

While Czechia is the first country in emerging Europe to begin easing lockdown restrictions, others look set to follow, beginning with Poland.

Last week, the Polish government announced that the first measures easing restrictions would be taken after Easter.

“We are going to use the best practice,” Prime Minister Mateusz Morawiecki said on April 8. “Today we are at the stage of analysing what we need to do and how to make this awful genie, which has come out of the bottle – this coronavirus – not surprise us by increasing the number of infections rise disproportionately, exponentially in one or three months,” he added.

On Tuesday, April 14, Health Minister Łukasz Szumowski confirmed the process of “defrosting the economy” is scheduled to start on April 19. “I think it’s good news if we look at the costs of this isolation,” he said in an interview for RMF FM.

“The first decisions [on easing up on the restrictions] are supposed to be taken tomorrow or the day after tomorrow,” Piotr Müller, the government’s spokesperson, said on Poland’s Radio 3.

The government will start by increasing the limit on the number of people allowed inside shops, followed by allowing people to enter forests, parks and squares and take off masks in certain areas. However, the government wants first to analyse the number of new infections that took place over the Easter period.

Asked about the presidential election, scheduled to take place on May 12, Health Minister Szumowski said that postal voting is safer than traditional voting but that he has yet to present any recommendations as to how the vote can be organised, or if he needs more time.

Poland has come in for criticism for seeking to force through the presidential election, despite a ban on campaigning due to the health crisis. The opposition says the extraordinary conditions greatly favour the incumbent, Andrzej Duda.

The official number of coronavirus infections in Poland is still increasing – as of April 14 there are 7,049 confirmed cases, including 251 deaths.

The number of people in the country infected with coronavirus is expected to reach its peak – approximately 9,000 cases – around April 25. Meanwhile, in Czechia, there are currently 6,059 cases, including 147 deaths.

Photo: Government of the Czech Republic

Turning a crisis into an opportunity? Relaunching the EU economy after coronavirus
In Hungary, a new bill threatens transgender rights
Comment