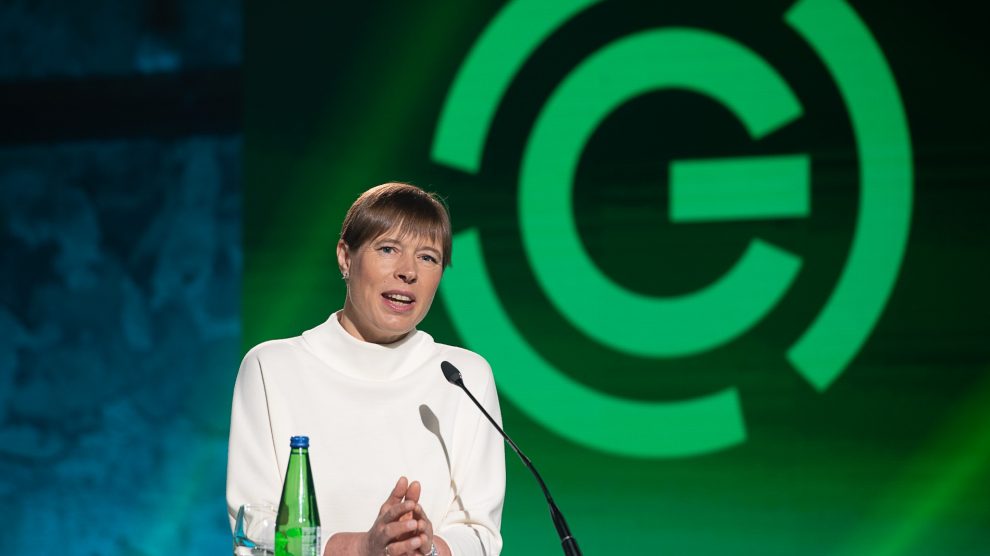 Estonia’s incumbent president, Kersti Kaljulaid, is well liked and popular with ordinary voters. Unfortunately for Kaljulaid, it is Estonia’s MPs who will decide if she is to serve a second term.

Estonia holds a presidential election on August 30, but few of the country’s 1.33 million people will be casting a vote.

“Estonia has a rather unique procedure to elect a president,” Andres Reiljan, country expert on Estonia at the European University Institute, tells Emerging Europe.

“If the electoral college also fails to elect a president, the election moves back to parliament, and the process begins again.”

Philipp Köker, a political scientist at Leibniz University in Hannover, Germany, says that changes to the make up of the electoral college mean that parliament is likely to do all it can to agree on a president.

“Until recently, local government representatives outnumbered MPs. However, due to territorial reforms, the number of local councillors on the electoral college will be heavily reduced this time around. It is therefore unclear what the college will look like politically,” he tells Emerging Europe.

The need for consensus

In order to avoid the complexities of entrusting the vote to the electoral college however, parliament needs to arrive at what amounts to an almost unanimous decision.

“The last election was largely seen as an embarrassment for all political parties, with no candidate elected in over five rounds of voting (three in parliament and two in the electoral college),” explains Köker.

“The current president, Kersti Kaljulaid, was only elected in the sixth round as a compromise when the election once again returned to parliament.”

The current majority in Estonia’s parliament is a coalition of the liberal Reform party and the more populist Estonian Centre party.

“This year, the Reform and Centre tried to avoid a repeat of the last election by agreeing early on who could be elected in parliament,” adds Köker.

“Currently, the frontrunner is Alar Karis – an academic who has previously served as rector of the University of Tartu (the largest and most prestigious university in the country) and led several other important non-political organisations,” says Andres Reiljan.

“As it stands, Alar Karis – the candidate nominated by Reform and Centre – is likely to be elected. The two main parties need support of just nine more MPs.”

Stefano Braghiroli, a professor at the Johan Skytte Institute of Political Studies at the University of Tartu, also believes that Karis will be Estonia’s next president.

“He does seem to be this figure of consensus,” Braghiroli tells Emerging Europe, “even the Social Democrats have been quite open to his election.”

Even so, adds Braghiroli, it is not clear if Karis will manage to get the two thirds of votes he needs.

An Estonian president needs to bring together parties from across the political spectrum, says Kristi Raik, director of the Estonian Foreign Policy Institute.

“Improving societal cohesion is likely to be a major goal of the new president, after a tumultuous and divisive few years in domestic politics,” she tells Emerging Europe.

Estonia’s next president is therefore unlikely to be Kaljulaid, whose broad appeal – which facilitated her election in October 2016 – has dissipated.

“In 2016, both parliament and the electoral college failed to elect a president several times. That was when Kaljulaid, a somewhat unknown EU official, surfaced as a compromise candidate who managed to secure broad support,” says Reiljan.

“However, Kaljulaid has proven to be not an easy president for the parties that elected her, voicing strong criticism, especially towards the Centre, EKRE and Pro Patria coalition that governed Estonia from April 2019 to January 2021,” he explains.

The national-conservative and right-wing Pro Patria, currently part of group that goes by the name of Isamaa, and EKRE, described as far-right by some, currently hold 11.4 and 17.8 per cent of seats in parliament.

“Kaljuilaid represents everything that the far-right EKRE doesn’t support: an open society, diversity, support for the rights of minorities (ethnic and sexual). The same goes for the national conservative Pro Patria,” argues Braghiroli.

Of the main Estonian parties, the only one that openly supports Kaljuilaid is the Social Democratic party.

“Initially, Reform also supported Kaljuilaid, but it then somehow came to the conclusion that there is not enough public support for her.”

However, this may not in fact be the case. Braghiroli points to a poll taken in April of this year in which Kaljuilaid is by far the most popular choice for president amongst regular voters.

A change in the presidential electoral system?

While several other polls suggest Kaljuilaid may not be the popular choice, the fact that there could well be a dichotomy between parliament and the people has led some to call for reform.

“There is a developing media narrative that parties are electing the president for themselves, that they are choosing someone ‘convenient’, with not that much political stature, thus not for the Estonian people. There also seems to be some dissatisfaction with this rather confusing electoral process,” supposes Reiljan.

Nevertheless, public opinion might well have a role to play in the election.

“If parliament fails to elect Karis next week, everything will be open again and new ‘dark horses’ could emerge to run in the electoral college. Public opinion towards candidates could become more crucial then,” he concludes.

As for Kaljuilaid, she has been tipped as a potential head of NATO.

Montenegro is about to inaugurate a new bishop who denies the country’s right to exist
A new Sheriff in town: Emerging Europe this week
Comment