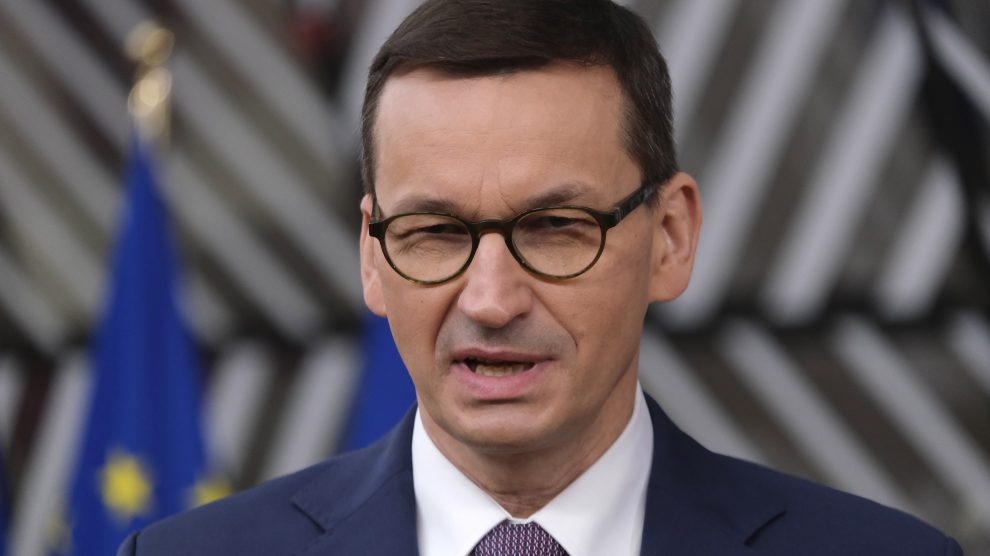 While an early election in Poland remains unlikely, few are ruling out the possibility, as divisions within the ruling coalition become deeper.

Despite ongoing bitter internal conflicts between its component parts, the Polish government’s imminent collapse still appears very unlikely, according to Aleks Szczerbiak, a professor of politics and contemporary European studies at Sussex University.

However, he does not rule out the possibility entirely.

“The right-wing ruling party [Law and Justice] may conclude that the only way to break the political deadlock is to form a stop-gap minority government and call an early parliamentary election,” he says.

In an interview with the right-wing, pro-government newspaper Gazeta Polska meanwhile, which will be published on April 7, ruling party leader Jarosław Kaczyński says that Prime Minister Mateusz Morawiecki still has his “support and trust”.

“Because if he did not, he would not be who he is,” adds Kaczyński in the interview, trailed by the website Niepodległości.pl.

“For now, my support guarantees him this, although of course it may so happen that my vote will not matter so much,” he added.

When asked what he meant, Kaczyński explained: “Only the commonly known truth that anything can happen in politics. Please do not look for anything special.”

As Szczerbiak explains, the governing camp’s key structural weakness is that its majority in the Sejm (currently 234 out of 460 seats), the more powerful lower house of parliament, actually comprises the United Right (ZP) electoral alliance of which Law and Justice (PiS) is the largest component.

These two parties increased their representation after the 2019 parliamentary election, securing around 20 deputies each, giving them much greater leverage within the governing camp.

The Kaczyński interview indicates that the crisis within the United Right is not abating.

Law and Justice’s (PiS) ratings have fallen to a level that makes it impossible to think about defending an independent majority. The coalition still has a majority in the Sejm but parliament’s work has slowed and the presentation of the so-called New Deal for Poland, – PiS’s programme – has been postponed several times.

According to leaks, the new ideas include exempting the lowest salaries from tax and raising the tax-free threshold. The promises of cash transfers for pensioners and lower earners are supposed to help the ruling party regain its lost electorate, the Warsaw think tank Polityka Insight says.

Kaczyński must call his coalition partners to order, the think tank argues, in particular stemming the conflict between Solidarna Polska and Morawiecki.

Porozumienie may oppose some of the tax proposals, and Solidarna Polska will probably object to the energy policy.

A key political test for determining the coherence of the governing camp is likely to be the forthcoming parliamentary vote on the ratification of the EU coronavirus recovery fund, from which Poland is set to be major beneficiary, Szczerbiak says.

In his Gazeta Polska interview, Kaczyński makes it clear he expects the government to see out its term in office, but leaves the door open for an election.

“There may be events that will shorten your term of office. But to be clear: I do not forecast early elections. I just do not rule out such an eventuality,” he says.

“We are determined to complete this term of office as a governing formation. While in a coalition, you always have to be prepared for some perturbations. But even if a few votes were dropped, I think there would be new ones. Therefore, our goal, such as elections within the constitutional deadline, in 2023 and the next term of office, is achievable.”

Photo: Council of the European Union

To compete with the US in healthtech, emerging Europe and the UK must continue to collaborate
‘There aren’t enough of us to be divided’: Vjosa Osmani vows to be a president for all Kosovars
Comment