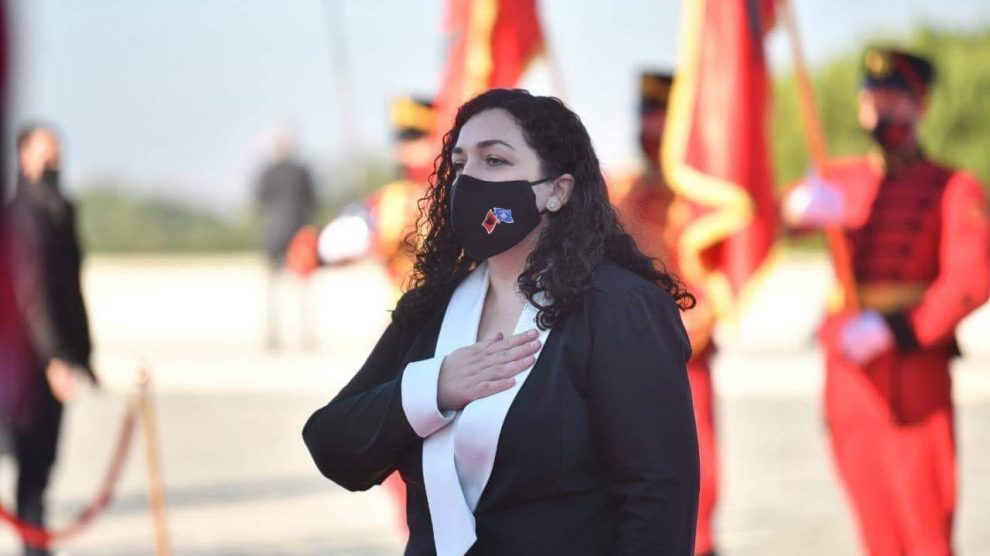 Kosovo has a new president, Vjosa Osmani, widely regarded as the most capable politician in the country.

On April 4, after a laborious three-round voting process in Kosovo’s parliament, Vjosa Osmani was formally appointed as the country’s new president.

She is the second woman to hold the position in Kosovo’s short history as an independent country, following in the steps of Atifete Jahjaga who served a term as president between 2011 and 2015.

Ms Osmani herself has been the country’s acting president since November 2020, when she replaced Hashim Thaçi, the former Kosovo Liberation Army leader who resigned after being indicted for war crimes by am international tribunal in The Hague.

Despite the protracted nature of the vote in parliament, which was boycotted by two opposition parties as well as as MPs representing Kosovo’s Serb minority, there had been little doubt that Ms Osmani would be made president ever since a parliamentary election in February led to the formation of a government made up of parties who back her.

Recent opinion polls have consistently shown that Osmani is both the most respected and popular politician in Kosovo.

“She is an excellent intellectual, a nice and pleasant person who you can talk to about anything, very devoted to her husband and family,” Fatmir Sheholli, a political analyst from Kosovo, told the BBC in 2019. “She’s the image of what politicians should be — professionally, ethically, and privately.”

Her first truly high-profile political post was speaker of the Kosovo parliament, a post in which she served from February 2020 to March 2021. Back then, her appointment, along with five other women ministers in the first, short-lived Albin Kurti-led governemnt, was seen as coup for women in the male-dominated political life of Kosovo.

She also served as chief of staff to then president Fatmir Sejdiu in 2009.

The importance of women in politics has never escaped Ms Osmani.

“All young girls who may be watching us at this moment should always remember the following: Girls have their place wherever they want to be, wherever they dream of being, wherever they work hard to be. Everything is possible and all your dreams can come true,” she said after being made president.

Throughout her political career, Ms Osmani has earnt the reputation of being outspoken and not shy of handing out constructive criticism, even of her own party at times.

Ms Osmani, now 38, is one of youngest presidents in emerging Europe, but her political career began when she as much younger. In her teens, she was an activist for the Democratic League of Kosovo (LDK) and served three terms as an MP.

In 2013, she gave an impassioned speech about victims of sexual violence in Kosovo, a topic largely ignored by other MPs.

In 2014, at the time a member of the Democratic League of Kosovo (LDK), she was a loud critic of her party’s decision to go into coalition with Mr Thaci’s Democratic Party of Kosovo. She decided not to vote for Mr Thaci as president, nor for Isa Mustafa (the then leader of LDK) as prime minster. A year later she ran against Mr Mustafa for the leadership of the party. The party punished her by placing her 81st on its party list in the 2017 parliamentary election. Nevertheless, she managed to secure 65,000 votes — more than anyone else on the list.

Her principled stance on many issues and outspokenness have clearly impressed a lot of voters in Kosovo. In 2019, she was one of the favoured candidates for the prime minister’s job but lost out to Mr Kurti.

Now that Kurti is back as prime minister, he arguably has a lot to thank Ms Osmani for.

The join Kurti-Osmani ticket proved enormously popular during the run-up to February’s parliamentary election. Despite coming from different political backgrounds, Mr Kurti a leftist, and Ms Osmani a centre-right figure, found common ground with their strong anti-corruption message that quickly won over voters.

The long road to independence

Like many Kosovars of her generation, Osmani felt the effects of the Kosovo War keenly. In 1999, she, along with family members, was forced to flee Kosovo for Montenegro, a difficult journey, as she recounted to a The Guardian reporter in 1999 while in a refugee camp in Ulcinj.

“When we got to Djakovica the police turned our column round and told us to go back. Police passed us regularly in vehicles as we walked, but there were no soldiers with us. We had no food or water, and when we could find them mainly ate last year’s ears of maize which were withered on the stalks,’ said Ms Osmani, then 17.

Osmani and her family would eventually walk, over two weeks, more than 160 kilometres back to Mitrovica, where they found their family home burnt to the ground.

It’s very fitting then, that upon her return to Kosovo, Ms Osmani would play an important role in its independence. She served as a legal representative of Kosovo at the International Court of Justice, arguing that the country’s 2008 declaration of independence had not violated international law. The ICJ’s would rule in Kosovo’s favour on July 22, 2010.

Today, Ms Osmani finds herself the president of a country with an uncertain future. Talks with Serbia, which still does not recognise Kosovo’s independence, are currently at a standstill, following the underwhelming economic normalisation agreements signed at the White House last year.

Unemployment and brain drain are significant problems for the country, where according to data from 2019 nearly 50 per cent of those between 15-24 were unemployed. Corruption remains an endemic problem.

When it comes to relations with Serbia, true to her outspoken reputation, Ms Osmani takes a tough line.

”Justice will be done only when Serbia repents. They are still in a state of denial,” she said during an interview on BBC’s Hard Talk programme in March.

In her first speech as president, Ms Osmani promised to work on strengthening the country, rule of law, and that she would “protect every centimetre of the land.”

“I will be a president for all. There aren’t enough of us to be divided. My door will be open for everyone, there won’t be ruling parties and opposition parties.”