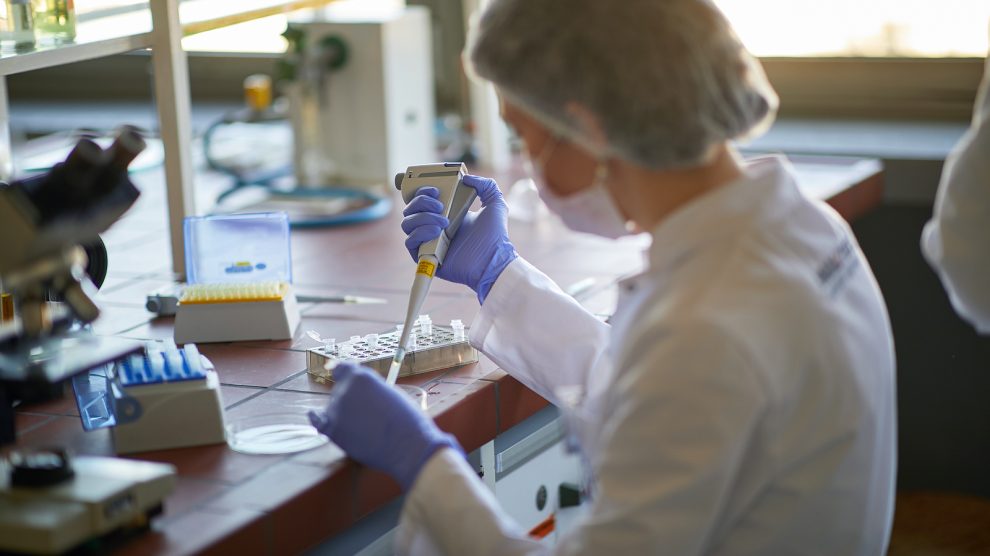 The UK may no longer be a member of the EU, but to ensure that Europe does not fall further behind the United States in the healthtech sector, collaboration and cooperation remain essential.

Brexit or not, with almost 6,000 healthcare and life science companies and many of the world’s top 20 pharmaceutical firms operating in the country, the UK remains a world leader in manufacturing and marketing clinical products and pharmaceuticals.

Emerging Europe on the other hand, with its abundant pool of highly-skilled talent, is starting to make a name for itself as a region to watch for the latest health tech innovation.

So in the post-Brexit context, what are the prospects for future emerging Europe-UK collaboration? What’s the feeling in the healthtech community in the UK post-Brexit?

There have been all sorts of problems since January, notably in the trade of goods and the eternal row over the Astra Zeneca Covid-19 vaccine, but what has the impact of Brexit been in for health professionals?

Robert Mollen, healthtech lead at Tech London Advocates, part of the Global Tech Advocates network, believes that despite Brexit, there are several ways that the UK can continue to collaborate across borders in healthtech, not least as it appears to be set on remaining in Horizon Europe, the EU’s key funding programme for research and innovation with a budget of 95.5 billion euros.

“The papers haven’t been signed yet,” he says, “but it looks as though they will still play a part. The visa framework also remains good for tech founders looking to come to the UK, and I think that the UK continues to be a good place for trials, and interaction with the private sector, which is well-developed, and sells far beyond the UK’s borders, to the Middle East for example.”

While the UK has from time to time over the past few months attempted (often for politically-motivated reasons) to portray the Astra Zeneca vaccine being a purely British innovation (within the UK’s borders it is usually referred to as the ‘Oxford’ vaccine), it was developed internationally, through widespread collaboration.

Ligia Kornowska, the managing director of the Polish Hospital Federation and leader of the AI in Healthcare Coalition, says that innovation in healthcare always needs to be discussed at the European, even global level.

“Digitalisation is creating a global village and this impacts the healthcare sector as much as any other other,” she says.

Kornowska says that since the Covid-19 pandemic hit Europe in 2020, as many as 80 per cent of medical consultations have been via telemedicine.

This raises a number of issues, she argues, including access to medical records, data privacy and cybersecurity.

“After a year of providing medical services via telemedicine we have realised however that we need to find a balance, and I think that we can learn from other countries here, not least the UK.”

Kornowska is responsible for putting together Poland’s artificial intelligence and big data strategy for 2021-26, and says that she has been “inspired” by the UK’s experience.

“It just shows that cooperation is crucial,” she adds, “ we need to share experiences and know-how.”

When it comes to digitalisation in healthcare – and, indeed, just about every sector, both public and private – few countries have more experience than Estonia.

Jaanus Pikani is chairman, life and health science meta-cluster ScanBalt, and a board member of the Tartu Biotechnology Park in the Baltic country.

He tells me that even Estonia, however, still has work to do.

“Even though we have come so far in terms of digitalisation – we say that there are just two things you can’t do online in Estonia, get married and buy property – there is still much we would like to develop, especially in terms of healthcare.

“Referrals, prescriptions, discharge notes are all available online to individuals and doctors (unless the individual opts-out), but now we are looking to change the way medicine is practiced. And this does not just refer to telemedicine. It means introducing platforms that use data and AI to make healthcare more efficient.”

The importance of sharing data

To make all of this possible, access to data is essential, and Sara Korchmaros, CEO and co-founder of cLAB Ventures, a UK-based firm that supports and mentors innovative start-ups looking to improve cancer diagnostics, says that sharing data is key, but that data-sharing platforms need to be secure.

“I am excited about how blockchain will be used in healthcare,” she says. “Until now it has mainly been the preserve of fintechs, but we need to look at how healthtech can also use existing blockchain technology.”

She says that this is where start-ups come into the picture.

“There is still a lot to do here, but we can eventually deploy it in many ways, such as vaccination records, or against the counterfeiting of medicines, especially in cross-border exchanges, such as between the EU and the UK.”

While the UK and the EU will continue to collaborate, even on the politically-sensitive topic of vaccines – there are too many commercial interests, Robert Mollen points out – where the UK could miss out, however, is if it decides not to be a part of any future European Union common data space.

“This could create problems with sharing data that can impact research, both commercial and academic,” says Jaanus Pikani.

And this would be a shame. The impressively quick way in which the various Covid-19 vaccines were developed was attributable to collaboration and cooperation, and the UK needs to remain a part of the international networks that made them possible.

Not least as the UK remains a key centre for European funding.

“I see many EU start-ups coming to London for funding,” says Robert Mollen. “Although even London is not perfect: it is frustrating, particularly for start-ups, that funding they would almost certainly get in the US is not always forthcoming here.

“There is a big role to be played by both the EU and the UK to ensure that a better framework is put in place to make early-stage funding available.”

With the hope that Covid-19 has served to focus minds on the importance of making healthcare systems more robust, with a focus on early diagnosis, it is widely expected that finding funding should be a little easier moving forward. As for where that funding should go, Ligia Kornowska is in no doubt.

“AI is where the money needs to be directed,” she says, going so far as to suggest that “not using AI will in the future be medical malpractice.”

“But we can’t bring AI into the medical mainstream alone,” she concludes.

“We need to collaborate, at a European level, and that includes the UK, because otherwise we will not be able to compete with the United States.”

Robert Mollen, Ligia Kornowska, Jaanus Pikani and Sara Korchmaros were speaking at Emerging Europe and the UK: Towards 2030, an event held on March 18. The next Towards 2030 event looks at emerging Europe’s ongoing relationship with the Asian Tigers, and takes place on April 29. Full details here.