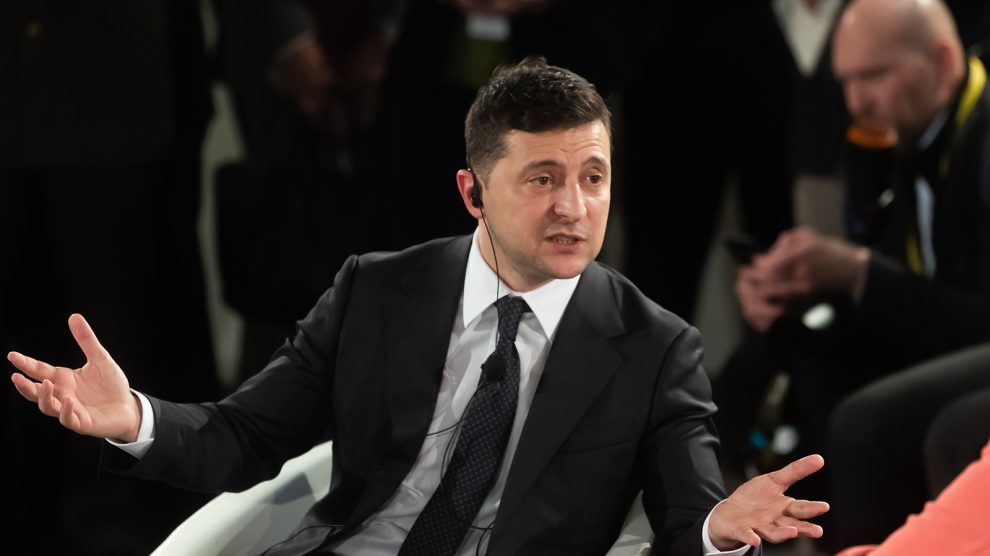 Ukraine’s recent overtures towards China are unlikely to lead to a real shift in foreign policy.

The statement was initially presented by Canadian Ambassador to the United Nations Leslie Norton, at the 47th session of the UN Human Rights Council. It criticised China’s Xinjiang policies and called for immediate access for independent observers in the region, where Beijing is allegedly operating camps in which as many as one million Uyghurs and other Muslim minorities are estimated to be interned.

The statement was initially backed by 41 countries and is now supported by 44. Some governments, including the United States, have also accused Beijing of “genocide” against Uyghurs.

The Chinese government has consistently dismissed the allegations, claiming that the camps have been closed and that they only functioned as “vocational training centres” that helped counter extremism.

Ukraine had briefly joined the group of countries backing the statement, but withdrew its support on June 24 without any official explanation.

On June 30, Ukraine announced an infrastructure agreement with Beijing aimed at increasing investment deals with China and attracting more Chinese companies into the country.

A shortage of vaccines

Ukraine has been among those countries particularly hard hit by the Covid-19 pandemic and has reported over two million coronavirus cases, and around 56,000 deaths. The country of 44.5 million people has lagged behind European countries in securing vaccines and has so far vaccinated only 6.5 per cent of its population.

Even though Kyiv looked to the West for help while refusing the Russian Sputnik V vaccine, it failed to secure a sufficient supply of vaccines.

In search of more jabs, Kyiv turned to China and ordered 1.9 million doses of the Sinovac vaccine. Of these, 1.2 million doses arrived in May.

It was the shipment of this batch of vaccines that was used by China to coerce Ukraine into withdrawing its signature from the UN’s Xinjiang statement.

“Beijing has used vaccine shipments to achieve political goals elsewhere, for example in Paraguay, where China has reportedly been pushing the government to switch recognition from Taiwan to China in return for vaccines,” says Filip Šebok, a research fellow at the Association for International Affairs, a Prague-based think tank.

Even though both the US and several EU countries donated vaccines to Ukraine, Beijing has proven to be one of the largest providers of doses to the country. Having been actively engaged in dialogue with two Chinese producers, Sinopharm and Sinovac, Kyiv has been very positive about Chinese vaccines, underlining that they were not “used to promote the country’s geopolitical ambitions”.

“Betrayed” by the West

Ukraine has broadly pursued a pro-Western foreign policy since the 2004 Orange Revolution. Nonetheless, integration with western institutions only became more a real goal for Kyiv since 2014 when Moscow annexed the country’s Crimean peninsula and backed separatists in Ukraine’s eastern Donbas region.

The United States and EU responded by offering economic and diplomatic assistance to Kyiv while imposing sanctions on Moscow.

Nonetheless, Ukraine has grown impatient in its pursuit of EU and NATO membership, which it considers paramount to countering Russia.

“There appears to be frustration with Ukraine’s long-term aspirations for NATO and EU membership being unanswered, despite Ukraine’s commitment to the West,” says Šebok.

Ukraine had hoped to be invited to join a NATO Membership Action Plan (MAP) at the alliance’s 2021 Brussels Summit in June, which came shortly after Russia had deployed roughly 100,000 troops to the Ukrainian border. Ukrainian government officials claimed that NATO membership was “the only way to end the war in Donbas”. The invitation was not forthcoming.

Kyiv was further disappointed last month when the United States waived sanctions against the company overseeing the construction of Russia’s Nord Stream 2 gas pipeline to Germany.

On July 21, the US and Germany announced a deal to allow the completion of Nord Stream 2 pipeline. Even though the agreement includes a promise of investment of more than 200 million euros in energy security in Ukraine, it was immediately met by fierce criticism.

Opponents of the Nord Stream 2 pipeline lambasted the deal and urged the US and Germany “to adequately address the security crisis in the region, of which Russia is the only beneficiary.”

Once completed, the pipeline will enable Russia to export its gas through the Baltic Sea. The route will bypass Ukraine and the country will lose annual transit fees worth two-three billion US dollars.

Eyes towards the East

A decade has passed since China and Ukraine established a strategic partnership and China has overtaken Russia as Kyiv’s single-largest trading partner, accounting for around 14.5 per cent of the country’s imports and 15 per cent of its exports.

China and Ukraine provide reciprocal political support to each other as Beijing does not recognise Russia’s annexation of Crimea and Ukraine respects the one country principle, viewing Taiwan as part of China.

Amid continued disappointment with the West, Ukraine now seems to have moved closer to Beijing, and China’s vaccine diplomacy seems to have played an additional role in Kyiv’s decision making process.

According to Šebok, “Ukraine’s interests can be readily sacrificed for the larger economic and geopolitical goals of Germany and the United States, as the Nord Stream 2 project epitomises. Therefore, Ukraine seems to be hedging its bets, improving its relations with China and hoping it can become a new motor for its struggling economy.”

On July 18, Oleksi Arestovych, adviser to the Ukrainian president’s office, publicly stated that if the West keeps sacrificing Ukraine’s interests for a friendship with Russia, “Ukraine may turn to the East”.

After withdrawing from the joint statement on human rights abuses in China, Kyiv touted an agreement with Beijing and announced plans to better positioning itself within the Belt and Road mega-project to develop its infrastructure and attract more investment from Chinese companies.

In June, to mark the 10th anniversary of the Sino-Ukrainian strategic partnership, Ukrainian President Volodymyr Zelensky spoke with Chinese President Xi Jinping for the first time. The two leaders noted that China was Ukraine’s biggest trading partner and even agreed to create a visa-free travel regime between the two countries.

These developments come in contrast with Kyiv’s decision to block Chinese investors from acquiring the Ukrainian aerospace company Motor Sich, reportedly due to lobbying from Washington, which wanted to block China from acquiring valuable military technology from the Ukrainian firm. Kyiv even imposed sanctions in January against Skyrizon, the Chinese company which tried to obtain a majority of Motor Sich’s assets.

This policy change could be part of a wider trend of deepening ties between Beijing and Kyiv that could lead to shifts in Ukraine’s foreign policy in the long run.

Filip Šebok, however, thinks that by appearing to move closer to China, Ukraine might only be trying to put pressure on the West.

“China will be in a difficult position because its ever-closer partnership with Russia will undoubtedly create tensions with Ukraine,” he says. “Ukraine is also unlikely to change its overall pro-western orientation. While the West may be a complicated partner, it is still more reliable when confronting Russia than China.”

Do populists like Tucker Carlson really do anything for Viktor Orbán’s international legitimacy?
Central and Eastern Europe scrambles to react to Taliban victory in Afghanistan
Comment