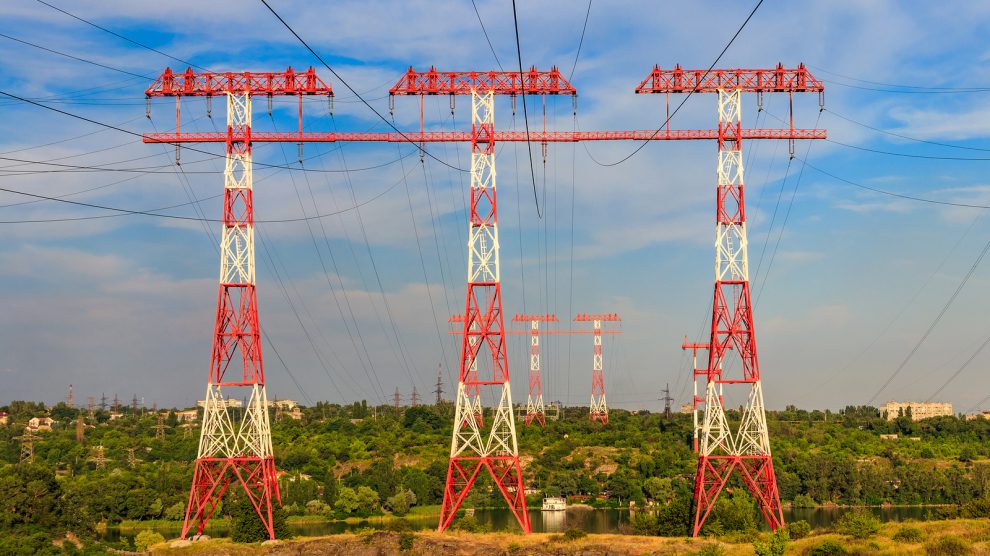 Ukraine and Moldova have freed themselves from Russia’s power system, thanks to fast work by their European partners.

The electricity grids of Ukraine and Moldova have been successfully synchronised with the Continental European Grid, initially to Hungary with connections to Slovakia and Romania to follow.

This should help Ukraine to keep its electricity system stable, and its lights on as it continues to defend itself against Russia’s invasion of the country. The move will allow energy suppliers from across the Continental European Grid (the world’s largest, serving over 400 million consumers) to supply electricity to Ukraine and Moldova should the need arise.

It also opens up the possibility for Ukraine to export electricity generated by its nuclear power stations.

The synchronisation has been hailed as a historic milestone for the EU-Ukraine relationship. According to European Commissioner for Energy Kadri Simson, “in this area, Ukraine is now part of Europe”.

The process of synchronising the power systems of Ukraine and Moldova with the Continental European Grid began in 2017, and included a number of measures that needed to be completed before interconnection could go ahead.

Just days after Russia invaded Ukraine, however, transmission system operators (TSOs) in Europe received requests from both Ukrenergo (the Ukrainian TSO) and Moldelectrica (the Moldovan TSO) for an emergency synchronisation with the Continental Europe power system, which was quickly supported by EU energy ministers.

On March 11, Continental Europe TSOs concluded that the conditions for an emergency synchronisation had been met and the procedure was completed on March 16.

‘A year’s work in two weeks’

Emergency synchronisation allows for interconnection without all the measures being completed by ensuring additional mitigation to limit operational risks. It allows for the support of Ukrenergo and Moldelectrica in maintaining the stability of the Ukrainian and Moldovan power systems.

“This project has shown extraordinary cooperation and determination from everyone involved,” adds Simson. “I want to thank the European Network of Transmission System Operators for Electricity (ENTSO-E) for doing a year’s work in two weeks to make this happen.

“I want to thank the French Presidency of the EU Council and member states for their support to this project that is not without risks. And I want to thank our Ukrainian partners – [Energy] Minister [German] Galushchenko and Ukrenergo in particular – for their heroic efforts in keeping the Ukrainian energy systems working in the middle of a terrible war.”

Ukraine and Moldova were previously part of the Integrated Power System that also includes Russia and Belarus. This made them dependent on Russia’s grid operator despite there having been no electricity trade between the two countries for several years.

“It’s an amazing achievement and a key step towards energy independence, ahead of schedule,” said the firm’s CEO Maxim Timchenko in an online briefing, who suggested that Ukraine’s ability to keep its electricity supply stable since February 24 (when Russia began its latest invasion and Ukraine disconnected from the Integrated Power System) had been important in convincing European partners to green light the synchronisation with the Continental European Grid.

“We now have additional capacity if needed, but if we can keep our current levels of reserves, we can even think about exporting electricity from our nuclear power stations to European partners. The financing this would bring in is important,” added Timchenko, who pointed out that this would not happen until the situation in the country became more stable.

He also said that until then, the Ukrainian energy sector would need external funding support, of around 250 million US dollars per month, as revenue has fallen 65 per cent since the war began. “We have been discussing this for two weeks now with external partners – it is a priority for the finance ministry – but there has been no progress yet.”

According to Timchenko, around 1.3 million consumers are currently cut off from the Ukrainian grid, mostly in the city of Mariupol on the Black Sea and in the towns surrounding Kyiv where shelling and bombing by Russian forces has been heaviest, and where power lines and sub-stations have been damaged.

New US military aid for Ukraine: Emerging Europe this week
In Hungary, a mix of perceived growth and propaganda swings balance in favour of Viktor Orbán
Comment