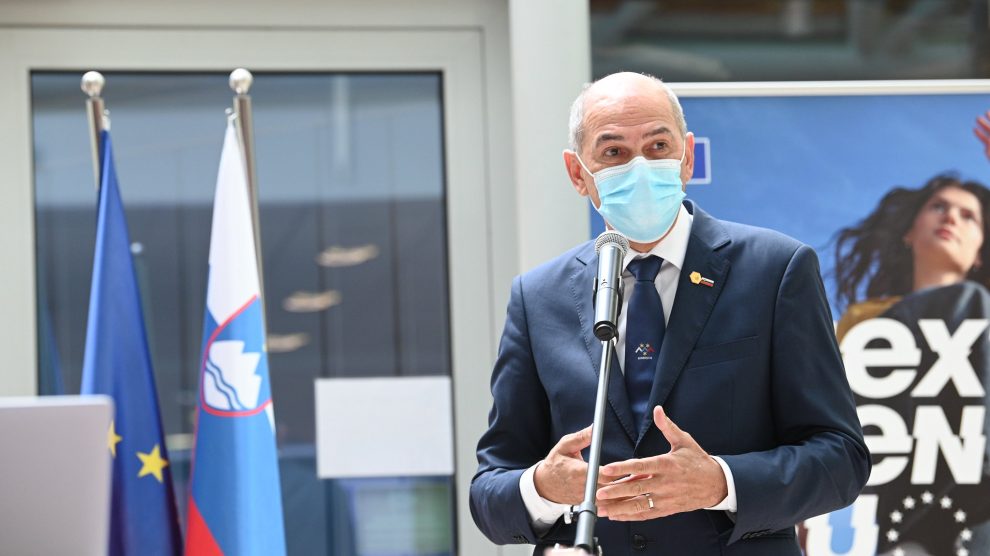 In 2016, Ljubljana was named the European Green Capital of 2016 and a year later National Geographic declared Slovenia to be “the most sustainable country in the world.” However, as Slovenia now holds the rotating Presidency of the EU Council, environmental NGOs say the country is not doing enough to manage the record number of environmental policy proposals it faces.

Slovenia is the third of the current ‘Trio’ mandate, preceded by Germany and Portugal. From its predecessors and the European Commission, the Central European country inherited what is said to be a higher number of environmental policy proposals than any previous state in charge of the position.

“Decisions that we make today will shape the future of generations to come. The European Union is committed to the objective of achieving a climate-neutral EU by 2050 and reducing greenhouse gas emissions by at least 55 per cent by 2030 compared to 1990 levels,” Špela Horjak, spokesperson for the 2021 Slovenian Presidency of the Council of the European Union, tells Emerging Europe.

“This also provides guidelines for the Slovenian Presidency, which will strive for the transposition of the set objectives into binding European legislation.”

One of the key topics in the programme of the Slovenian Presidency is the so-called ‘Green transition,’ as outlined in the European Green Deal.

As part of that, on July 14, the European Commission presented its ‘Fit for 55’ package of climate and energy laws. The new set of legislation aims to make possible the ambitious reduction of greenhouse gases entrusted in the EU Climate Law Regulation.

Horjak further points to the Next Generation EU and the Recovery and Resilience Facility – the EU’s grant and loan programmes aimed at mitigating the economic and social consequences of the Covid-19 pandemic as a tool of the Slovenian environmental approach.

“One of the priorities of the Slovenian Presidency will be the effective implementation of the Next Generation EU instrument and the Recovery and Resilience Facility. It is our wish to make the most of the implementation of these two instruments to accelerate the green and digital transition, which will create jobs, strengthen the resilience of our societies and ensure the health of our environment,” she tells Emerging Europe.

Is it a real priority?

Despite the promises of the European Presidency, some local Slovenian NGOs are quite sceptical that the country’s right-wing government is prepared to deal with the mounting number of environmental laws it has been presented with since taking on the Presidency.

“Environmental issues are not among the headline priorities of the Slovenian presidency,” Andrej Gnezda and Jonas Sonnenschein of the Slovenian Foundation for Sustainable Development Umanotera tell Emerging Europe.

The EEB’s Memorandum to The Slovenian Presidency of the EU, which was prepared with input from Umanotera, identifies Ten Green Tests for Slovenia.

Well into its first month of the Presidency, according to the memorandum, now Slovenia has just five months to further facilitate a green transition by introducing the necessary tax reforms, promote sustainable mobility, invest in the resilience of ecosystems and initiate sustainable agriculture.

The EEB is also hoping that Slovenia will be able to act quickly regarding air and water pollution, preventing waste, establishing zero pollution industries, and the implementation of the Chemicals Strategy for Sustainability, also linked to pollution.

So far, the country has been able to act upon the EEB’s first request to “drive a just transition to a sustainable and resilient Europe with the European Green Deal at its core,” as EU Council representatives gathered in Ljubljana on July 20 to discuss this very topic.

Nonetheless, Gnezda and Sonnenschein are not certain whether this seemingly progressive action is enough to address the significant environmental challenges before the European continent.

“As observers of the Slovenian Presidency, we can see that Slovenia is merely managing the existing environmental policy files – partly inherited from the Portuguese presidency – but does not push for its own progressive agenda,” the activists tell Emerging Europe.

Umanotera, the leading sustainable development NGO in Slovenia for the past 25 years, has concerns regarding the Slovenian government’s willingness to offer innovative solutions to the environmental crisis based on its handling of the matter within its borders.

“Slovenia has the highest share of Natura 2000 sites [nature protection areas on the territory of the EU], a long history of sustainable forest management, and rich biodiversity. However, instead of cherishing this and seeing nature conservation as a great opportunity and a benefit to society, the current government works in the opposite direction,” Gnezda and Sonnenschein argue further.

“For example, the construction of a hydro powerplant Mokrice in a Natura 2000 site that would affect the habitats of protected species is among the priorities of our current environment minister as well as conventional flood protection measures that would impact river habitats, thereby threatening protected species.”

The Mokrice hydro powerplant was additionally met with the controversy surrounding environment minister Andrej Vizjak’s previous position at the Hess Corporation, which is constructing the powerplant.

Furthermore, the Slovenian Ministry of the Environment and Spatial Planning’s March 2021 Waters Act was condemned by experts for making possible the presence of construction sites on shores close to the country’s sea, rivers, and lakes.

In response to the increasing pressure from civil society to stop the Mokrice project, as well as criticism on the government’s handling of other aspects of preservation, Vizjak proposed the 2021 Slovenian Waters Act referendum.

Held on July 11, the referendum attracted a relatively high turnout rate of 46.39 per cent, with 86 per cent of Slovenian voters rejecting the Waters Act.

“The recent referendum on changes to the act speaks volumes about the [the government’s] current approach to the environment,” conclude Gnezda and Sonnenschein.

Is there a dark side of digitalisation?
Health start-ups from emerging Europe offer more and better solutions
Comment