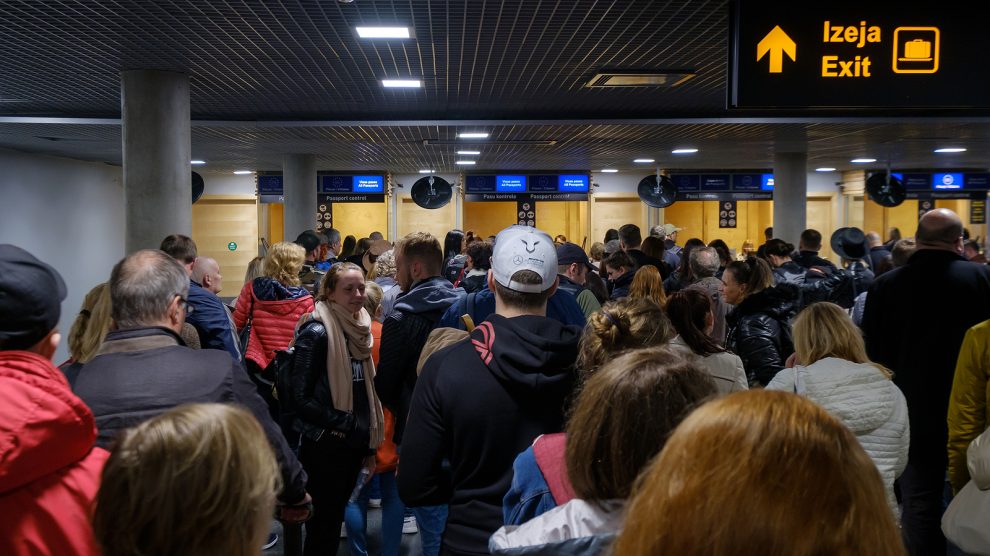 The EU’s failure to implement a bloc-wide ban on the entry of Russian tourists has forced Poland and the Baltic states to take regional action.

“You are not welcome here,” Estonia’s Foreign Minister Urmas Reinsalu told Russians this week. “Do not travel to Estonia.”

Would that they could. From September 19, it will be all but impossible for Russian citizens holding Schengen visas to enter the country, either to visit or to use Tallinn’s airport as a transit hub for trips to elsewhere in the European Union.

Latvia, Lithuania and Poland will also be off limits to Russians, except for truck drivers and those making trips for humanitarian or family reasons.

In a joint statement on September 8, the three Baltic states along with Poland said they had agreed a common regional approach, “to address imminent public policy and security threats and restrict the entry into the Schengen area for Russian citizens traveling for tourism, culture, sport and business purposes”.

With direct air routes from Russia to the European Union grounded, the four countries, which have borders with Russia or its Kaliningrad exclave, have become the main points of entry for Russian citizens visiting the European Union.

“We are closing an important path to the European Union for Russians,” says Estonia’s Interior Minister Lauri Läänemets.

Finland, which also has a border with Russia, has not yet joined the initiative, claiming that it wants to follow European Union guidance.

Last week, EU foreign ministers agreed a series of collective measures to restrict the number of Russian tourists visiting the bloc. These include suspension of the EU’s visa facilitation agreement with Russia, which will make it far more difficult (and expensive) for Russians to procure EU visas, but stop short of an outright ban on the entry of Russian citizens.

The measures have been viewed as a compromise between those countries, such as Estonia, Latvia, Lithuania and Poland who want a complete ban on Russian travelers and others, such as France and Germany, who want to avoid a measure they believe amounts to the collective punishment of Russian citizens. Greece and Cyprus meanwhile view the loss of Russian tourists as damaging to their economies.

‘A privilege, not a human right’

In a joint statement announcing the ban on the entry of Russians, the leaders of the four countries said that travel to the EU was “a privilege, not a human right” but pointed out that it was not a total ban, highlighting the exceptions for dissidents, humanitarian cases and family members.

“We fully uphold the need to continue to support opponents of the Putin regime and provide them with opportunities to leave Russia,” the statement says.

For Russians looking to visit the EU for tourism however, the statement’s tone is severe.

“It is unacceptable that citizens of the aggressor state are able to freely travel in the EU, whilst at the same time people in Ukraine are being tortured and murdered,” the statement reads. It also explains that while the four countries would welcome a common, EU-wide approach, they felt the need to take local action.

“We welcome the decision to suspend the EU visa facilitation agreement with Russia as a necessary first step. However, further measures are needed both to drastically limit the number of visas issued (primarily tourist visas), and to decrease the flow of Russian citizens into the European Union and the Schengen area.