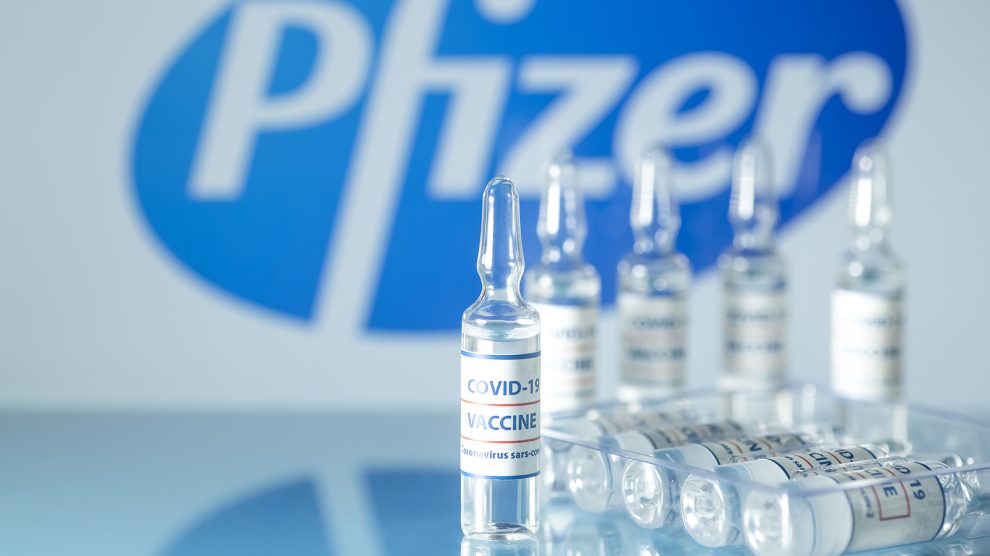 A week after Emerging Europe called for the European Union to make Covid-19 vaccines available to Eastern Partnership countries, 13 EU foreign ministers have done the same.

Lithuania said it initiated the letter to Brussels, which was also signed by the foreign ministers of Bulgaria, Croatia, Czechia, Denmark, Estonia, Finland, Hungary, Latvia, Poland, Romania, Slovakia, and Sweden.

‘Our borders will not be safe’

“We believe that our borders will not be safe if we do not extend our support to our immediate neighbours. Our Eastern Partners have on numerous occasions expressed their appreciation for the EU’s Covid-related assistance and pleaded for facilitated access to the vaccine,” reads the letter.

The Eastern Partnership countries should receive the same assistance as has been promised to the Western Balkans countries, according to the ministers.

“We strongly support the efforts and initiatives by member states and the European Commission to share the vaccines from the allocated contracts with the closest EU neighbours, such as the Western Balkan countries,” they said.

“At the same time we believe that the EU has to go beyond current initiatives and give similar attention and support to the other EU neighbours – the countries of EU Eastern Partnership – if they wish so.”

“We call on the Commission to quickly develop a similar support mechanism that the Commission has already launched with regard to the Western Balkans countries,” the ministers said.

On December 28, the Commission announced that the six countries of the Western Balkans – Albania, Bosnia and Herzegovina, Kosovo, Montenegro, North Macedonia and Serbia – will get early access to Covid-19 vaccines courtesy of an aid package worth 70 million euros.

The package was adopted under the Instrument for Pre-Accession (IPA II) to help fund access to vaccines in all of the the Western Balkans countries and will be disbursed in the form of grants.

These grants are intended to help cover the cost of vaccines for priority groups in the region and the necessary vaccination equipment. The grants will enable Western Balkans countries to purchase a number vaccines from the EU Advance Purchase Agreements with six manufacturers, with individual EU members sharing a part of their pre-allocated doses.

On December 30, Emerging Europe’s editor Craig Turp-Balazs warned in an editorial that the Eastern Partnership countries had been left scrambling for other sources of vaccines, such as Russia and China, and urged the EU to “up its vaccine diplomacy game”.

“While the necessity to provide vaccines in the Western Balkans and Eastern Partnership countries creates an opportunity for the European Union to win hearts and minds throughout emerging Europe, failure to do so could pave the way for the supply of vaccines from less altruistic sources: what might perhaps be called vaccines with strings attached,” he wrote.

“Few countries will want such vaccines (especially as no Russian or Chinese jab has yet to be approved by the European Medicines Agency), but they may not have a choice.”

On December 28, Belarus began to inoculate its population against Covid-19 using the Russian, Sputnik V vaccine. Belarus is the first country outside of Russia to have authorised the use of the Sputnik vaccine, following clinical trials in October and November.

Ukrainian police meanwhile are investigating reports that some citizens have been illegally inoculated against Covid-19 with vaccines that have not been officially approved, officials said on January 6.

Some Ukrainian media outlets reported that a clinic in Kyiv had begun inoculating people, probably with the vaccine developed by Pfizer and BioNTech, at a charge of up to 3,000 euros per dose. Ukraine, which has registered more than one million Covid-19 infections and over 19,000 deaths, has yet to approve any of the Covid-19 vaccines, though it has reportedly signed a contract to buy 1.9 million doses of China’s Sinovac jab.

The European Commission has so far approved two Covid-19 vaccines, one developed by Pfizer-BioNTech, and the other by Moderna. According to Stella Kyriakides, commissioner for health and food safety, it has secured a combined 460 million doses of the two jabs.