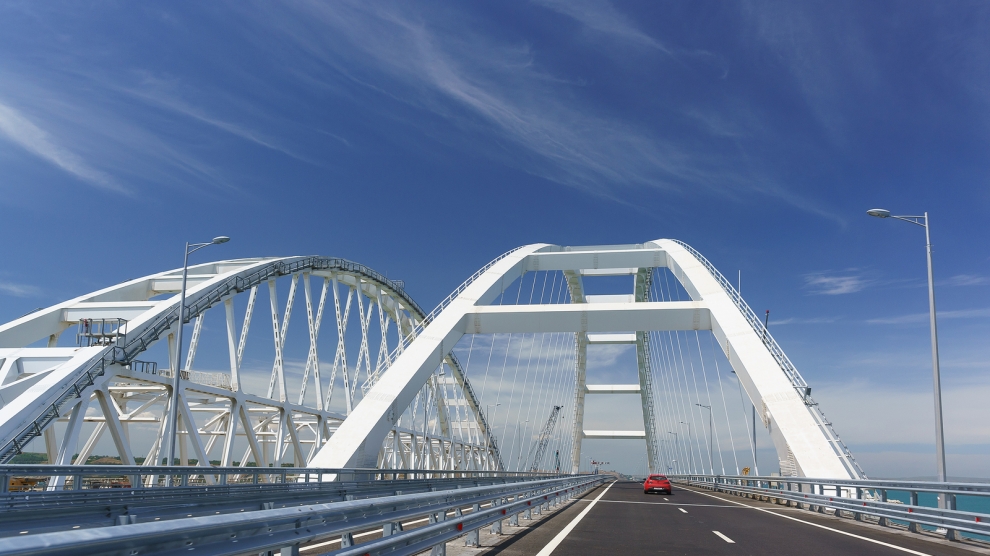 The Council of the European Union has added six more companies to the list of those subject to restrictive measures over actions undermining or threatening the territorial integrity, sovereignty and independence of Ukraine. They have been listed because of their involvement in the construction of the Kerch Strait Bridge, connecting Russia to the illegally annexed Crimean peninsula.

The council ruled that through their actions the companies had “supported the consolidation of Russia’s control over the illegally annexed Crimean peninsula, which in turn further undermines the territorial integrity, sovereignty and independence of Ukraine.”

The measures consist of an asset freeze, meaning that all of the assets in the EU belonging to those companies – five of which are based are based in Russia and a sixth in Crimea – will be frozen, while EU persons and entities will not be permitted to make any funds available to them.

Three of the Russian companies newly included in the EU sanctions list – Mostotrest, Stroygazmontazh, and its subsidiary Stroygazmontazh Most – are owned by Arkady Rotenberg, a businessman reportedly close to Russian President Vladimir Putin.

The decision brings the total number of companies listed by the EU to 44. In addition, the EU has imposed a travel ban and an asset freeze on 155 individuals under this sanctions regime.

Ukrainian Foreign Minister Pavlo Klimkin welcomed the EU move. “This is an important warning for European businesses not to go down the same slippery slope,” he commented.

Despite widespread international condemnation, the Russian Federation completed construction of the first phase of the bridge earlier this year: it was opened to road traffic by President Putin himself on May 16.