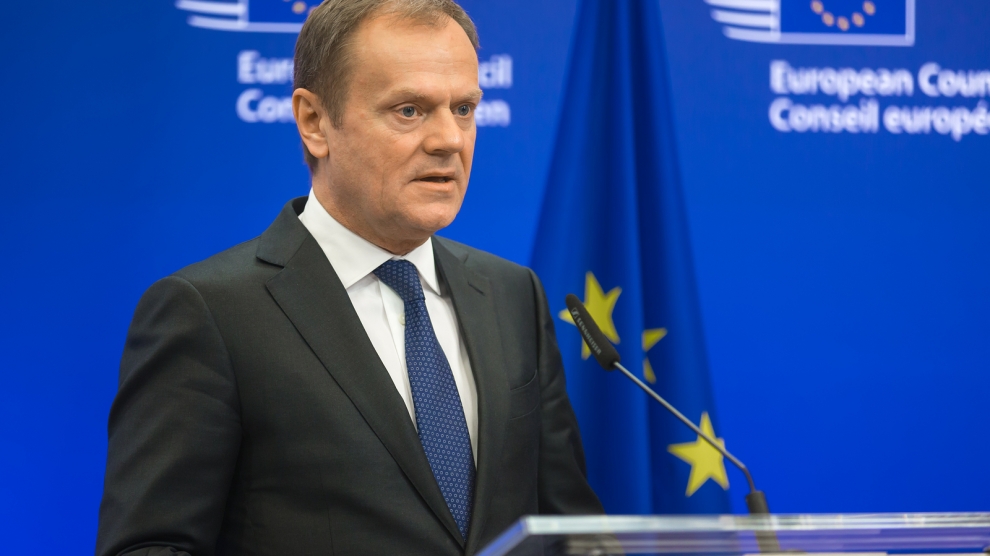 Donald Tusk, the Polish president of the European Council, delivered a clear message to the Romanian government on January 10, saying that the country must fight to protect fundamental European rights.

Speaking impressive Romanian at an event in Bucharest to mark Romania’s official assumption of the EU’s rotating presidency, Mr Tusk called on Romanians to defend “liberty, integrity, the rule of law and the constitution.”

“You must defend them in the same way that Helmuth Duckadam saved four penalties in Seville,” he said, referring to Steaua Bucharest’s victory over Barcelona in the 1986 European Cup Final.

While Mr Tusk – whose speech made a number of references to Romania’s rich cultural heritage – was addressing a carefully selected audience at Bucharest’s magnificent Atheneum concert hall, his words were clearly also directed towards the many demonstrators gathered outside in snow and freezing temperatures, protesting against the Romanian government’s continued attacks on the country’s justice system.

“To all of those who defend European values I say: continue to fight,” he added.

Mr Tusk’s speech was commended by the Romanian opposition.

“In Mr Tusk’s words I found firmness, consideration, respect and elegance,” said Dan Barna, the leader of the Save Romania Union (USR). “In his words I found Europe.”

Others questioned the presence of a number of convicted criminals at the event, including Adrian Nastase, a former Romanian prime minister, and Adrian Severin, a former member of the European Parliament, both of whom have served prison sentences for corruption.

Jean Claude-Juncker, the president of the European Commission who also spoke at the event, reiterated Mr Tusk’s message.

“There can be no compromises with human rights and the rule of law,” he said.

Romanian Prime Minister Viorica Dancilă made no reference to the rule of law in her speech.

“Romania will be an impartial mediator during its presidency,” she said. “We shall strive to find a consensus when dealing with the many challenges the European Union is facing.”