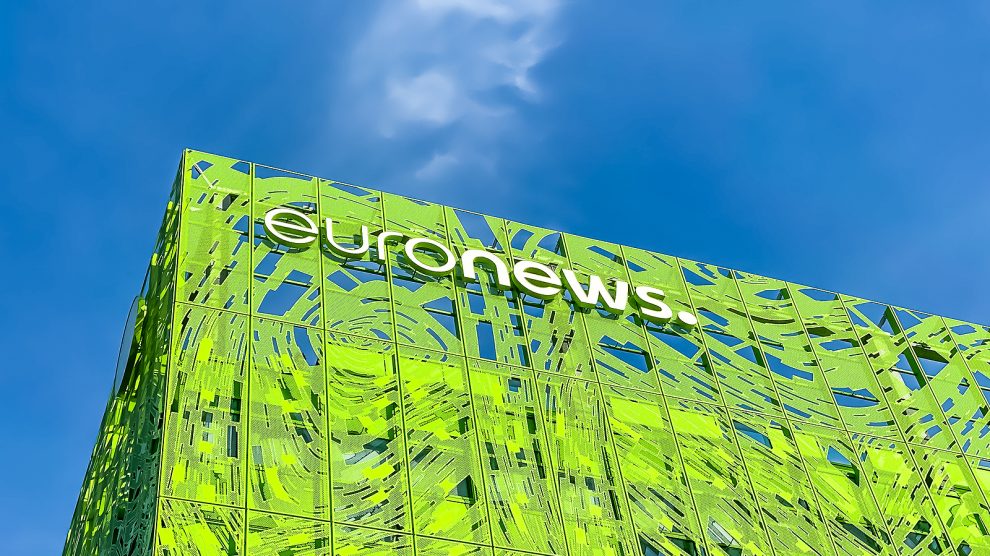 A franchised Euronews TV station is set to launch in Serbia by the end of the month, but while some have welcomed the development, including Prime Minister Ana Brnabić, others are saying the channel is actually illegal under Serbian law.

Euronews, the Lyon-headquartered news network, has since 2018 been franchising its brand to private and public broadcasters in Central and Eastern Europe and Central Asia. Franchises are currently on air in Albania and Georgia, with others planned in Bulgaria and Romania.

But the next to hit the airwaves will be in Serbia, later in May.

At a launch party in Belgrade’s Sava Centre (which will be the future location of the Euronews Serbia newsroom) Ms Brnabić said that the coming of Euronews is “a great way to represent Serbia to other European countries”.

Ms Brnabić also said that fake news is something that “we and all professional and credible media must fight.”

“Because of this I am very happy that Euronews is in Serbia. For Serbia, Euronews will also mean representing and spreading European values in our country and that will additionally help us on our, ever so important, European way.”

But while the prime minister sang Euronews praises, others – from independent media and civil society organisations – are not so enthused.

The main issue is the legality of the station’s ownership. The Euronews franchise in Serbia is the property of the state-owned mobile operator Telekom. Critics point out that under the Serbia’s public information law, the state and any state-owned enterprises are not allowed to be owners of media outlets.

“Even in the case that this ban can be bypassed, that is to say that Telekom has found a legal way to be Euronews’ owner, that is obviously contrary to the basic principles of the Law on Public Information, which proclaimed the withdrawal of the state from the media sphere,” Nemanja Nenadić, programme director of Transparency International Serbia told the daily Danas paper.

Meanwhile, the general director of Euronews Michael Peters said the ambition of the new television station will be to position itself “in the middle”.

If that turns out to be correct, it will be a refreshing change for the polarised media market in Serbia.

For years, the media sphere in Serbia has been sharply divided into pro-government and independent camps with very little overlap. Government officials typically do not appear on channels such as N1 and Nova S nor give interviews to papers like Danas.

On the other hand, opposition politicians are most often not seen on the five channels with a national broadcasting frequency.

“A heavily polarised media landscape between pro-government tabloids and independent media mirrors a divided political landscape. After a boycott during the latest elections and in the absence of parliamentary opposition to the current ruling party, independent media are often perceived as political opponents,” the NGO says in its latest report on Serbia.

This is the landscape that Euronews will soon be a part of, and many are concerned that, given its ownership and warm welcome by state officials including the prime minister, it will firmly be in the pro-government camp.

“Another fake info channel owned by the government, which is of course not legal, but that’s on another level, because who here needs the rule of law,” said Slobodan Georgiev, the director of NewsMax Adria.

Editor-in-chief of Euronews Serbia, Bojan Brkić, has told local media that “it’s a great honour” to “lead a team of professionals that will bring a new European perspective to daily events”.

“We will be committed to the values of Euronews and work will be in in line with the most important principles of journalism while we objectively and impartially report on domestic and intentional matters,” he said.

However, the central issue of ownership remains. Euronews’s Serbian franchise is owned by Arena Channels Group, an LLC owned by Telekom Srbija. In turn, the state holds 58.11 per cent of shares in Telekom Srbija, making it the majority owner.

So far, the country’s media regulator, REM (Regulatory Authority for Electronic Media) has stayed silent on the issue.