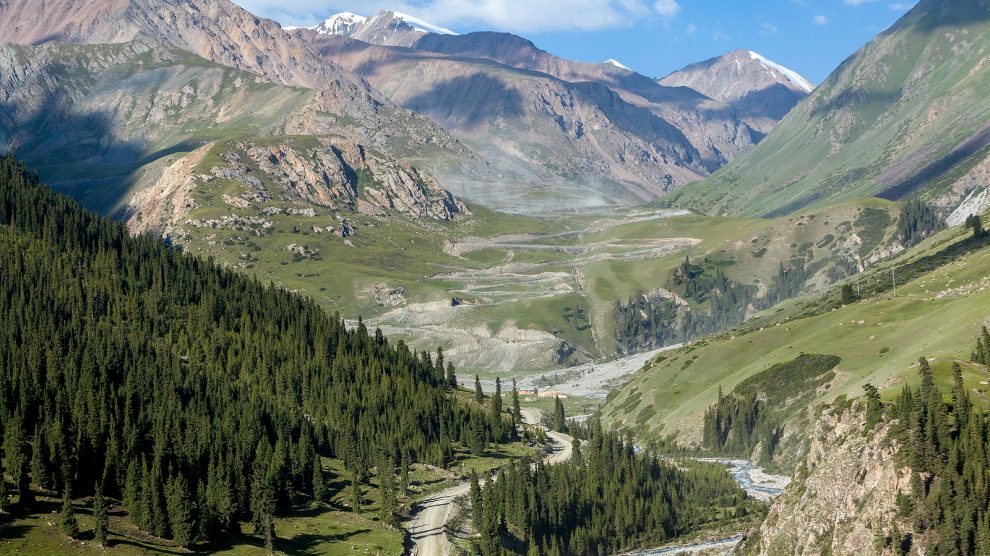 A fine of 3.1 billion US dollars imposed by a court in Kyrgyzstan on the operator of the country’s largest gold mine has raised alarm among those who fear it will deter foreign investors.

A Kyrgyz district court last week handed a whopping 3.1 billion US dollars fine to the Kumtor Gold Company, the owner of the largest gold mine in the country, after ruling that it had violated environmental standards.

The decision came just a day after the Kyrgyz parliament passed legislation which would allow the state to temporarily nationalise any company found to be harming the environment or human lives.

Kumtor, which is owned by Toronto-based company Centerra Gold, was found to have violated environmental laws by storing waste rock on mountain glaciers. The company has called the charges “entirely meritless” and has seen the value of its shares plummet by nearly a third since the ruling.

In addition, the Kyrgyz tax authorities have filed a claim worth more than 170 million US dollars against the company.

Kyrgyzstan’s new president, Sadyr Japarov, has a long history with the mine.

Often described as a populist, Japarov in 2012 campaigned for the nationalisation of the gold mine, accusing its Canadian owners of mismanagement, corruption and violations of environmental regulations, endearing him to the country’s nationalists.

That year, a rally against the mine turned violent and Japarov was arrested and imprisoned for three months.

In 2013, Kyrgyz nationalists protesting against the Kumtor mine kidnapped the governor of the Issyk-Kul region, where the mine is located. Japarov was accused of playing a role in the kidnapping and fled the country. When he tried to return in 2017, he was arrested again and sentenced to 11 and a half years in prison.

Japarov was still serving that sentence when he was broken out of prison by his supporters during last October’s revolution which led to the resignation of then President Sooronbay Jeenbekov. Japarov quickly replaced him, first on a temporary basis and, since an election in January, as the country’s formal president.

One of his first acts was as president to create a special commission to investigate operations at the Kumtor mine. Centerra Gold is also now bracing for the publication of the findings of this commission, which could be this week – given that the head of the commission, Akilbek Japarov (unrelated to the president) has been known to make inflammatory statements about the mine and its owners, it is unlikely that it will be in the company’s favour.

Although he has since claimed that nationalisation of the mine is “no longer necessary”, President Japarov still appears to be pandering to the nationalist crowd by vowing to hold the owners of the mine accountable for their alleged violations.

Critics meanwhile claim that the combination of the enormous fine and the newly-drafted legislation allowing for temporary nationalisation will scare off potential foreign investors. One member of parliament claimed that a colleague hadn’t even seen the draft of the temporary nationalisation bill, implying that it had been rushed through on the president’s will. It took just one day to pass.

Furthermore, the wording of the new law makes it clear that it was devised specifically to target the Kumtor mine, as no other enterprise in the country meets the criteria that the law stipulates.

A statement by the International Business Group, a Bishkek-based lobbying organisation, stated that these developments “set an alarming precedent”. Furthermore, while most parliamentarians appear to be firmly behind the legal assault on the mine, there has been some internal dissent. In a radio interview, Deputy Prime Minister Ulumbek Karmyshakov said that the court ruling would impact “the economic well-being of the country”.

According to Centerra Gold, since gaining the rights to the Kumtor mine in 1994, the company has contributed 4.48 billion US dollars to Kyrgyzstan in the form of charitable donations, infrastructure investments and taxes.

However, the incident does demonstrate the vulnerability of small countries such as Kyrgyzstan in the face of the powerful multinational corporations which mine their resources. Although the veracity of the charges against Kumtor are as yet unclear, the fact that the mine has been the cause of such a long-running dispute suggests that its opponents are confident of their case.

Additionally, it is unlikely that Japarov would make such a drastic move that would harm the country’s economic prospects simply to placate the nationalist crowd.

Nevertheless, even if the allegations are true, Kyrgyzstan will find itself in a difficult position: it cannot hold the owners of the mine accountable without suffering economically. If the allegations turn out to be politically motivated, it will validate fears that Japarov’s presidency is paving the way for a return to autocratic rule.

The following weeks look set to be crucial not just for Centerra Gold, but also for Kyrgyzstan.