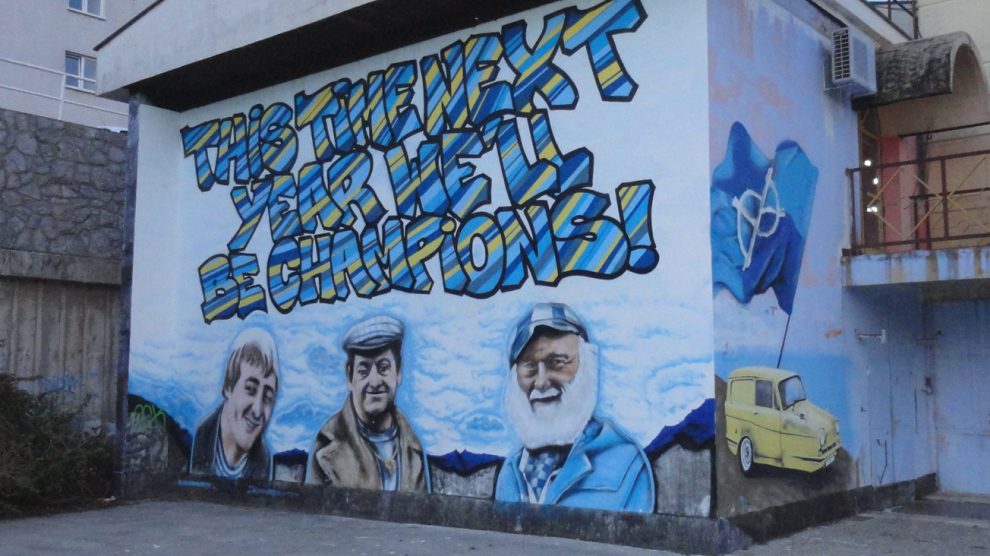 This year marks the 40th anniversary of Only Fools and Horses, the enormously popular BBC sitcom that follows the life and times of the perpetually down-on-their luck Trotter brothers. Often thought to be quintessentially English, the show, which ran until 2003, is nevertheless enormously popular throughout the Western Balkans.

In its native UK, Only Fools and Horses, first aired on September 8, 1981, long ago achieved that rarified status of television programmes that seep into the national consciousness, with endless re-runs commanding audiences of millions. Only Fawlty Towers comes close to matching its enduring popularity.

As English as comedy comes, it often comes as a surprise to many Britons that there is a corner of Europe where people adore Fools and Horses as much as they do: the Western Balkans. The show has become a cultural touchstone in Serbia, Croatia, Bosnia and Herzegovina, North Macedonia, and even Slovenia.

Ever since the show started airing on TV stations in Yugoslavia in the mid-1980s, phrases such as “this time next year we’ll be millionaires” have become part of the local vernacular. Unlicensed T-shirts featuring characters from the show are still sold on city streets.

There are even a number of Only Fools and Horses-based murals around the region.

Then there is the show itself: browse the many TV channels that now come as standard in Western Balkans cable packages, and the chances are that at least one of them will be broadcasting an episode.

The love that the region has for Only Fools and Horses has not gone unnoticed by the actors from the show.

Challis especially has taken a liking to Serbia, visiting twice and sharing several posts on Twitter about the show’s reception in the country. There’s even a documentary, Boycie in Belgrade, in which Challis is received almost a national hero, causing a media frenzy everywhere he goes on his voyage to learn about the Serbian people and the country.

When an interview with the actress Elisabeth Olsen surfaced this April in which she shared some questionable opinions about Serbia, Challis was among those who spoke up to set the record straight.

First and foremost, it’s funny. With strong performances from David Jason and Nicholas Lyndhurst, as Del Boy and Rodney Trotter, a sharp sense of humour and the often outlandish situations the characters find themselves in means that there’s a lot to like.

Translating that humour, however, was a challenge.

In an interview for the Croatian daily 24sata, Đelo Hadžiselimović, the editor of series programming at Croatia’s national broadcaster HRT when the show was first broadcast, and Tomislav Pisk, the show’s eventual translator, shared the story of how Only Fools and Horses would become Mućke, the title used throughout the region which can be loosely translated as “shady deals” or “hustling”.

According to Hadžiselimović, HRT was interested in the show from the very start, but had to hold off on purchasing the broadcasting rights until it found the right person to translate it. That person was Pisk, who lived and studied in London as a teenager, and who understood what Del Boy meant when he used the phrases plonker, or lovely jubbly. He also knew how to render them in Serbo-Croat.

Most of the TV stations which still run the show continue to rely on his translation, or a modified form of it.

Once a local equivalent for words such as cushty had been found and the Trotters made it to Yugoslavia’s screens, they were an almost instant hit.

It turned out that the entrepreneurial spirit and tireless optimism that Del Boy embodied fitted in neatly with the indefatigable spirit of the Western Balkans, which survived both the economic crisis of the 1980s and the instability brought about by the Yugoslav civil wars (and in Serbia, sanctions too).

For many, wheeling and dealing became a way of life, or at least a way to survive. Like Del Boy and Rodney, they too hoped that the next opportunity and the next deal would finally make it all worthwhile.

Maybe not being millionaires by this time next year, but at least better off.

The council flats of Peckham’s Nelson Mandela House might as well have been right across the street from the block tenements of New Belgrade.