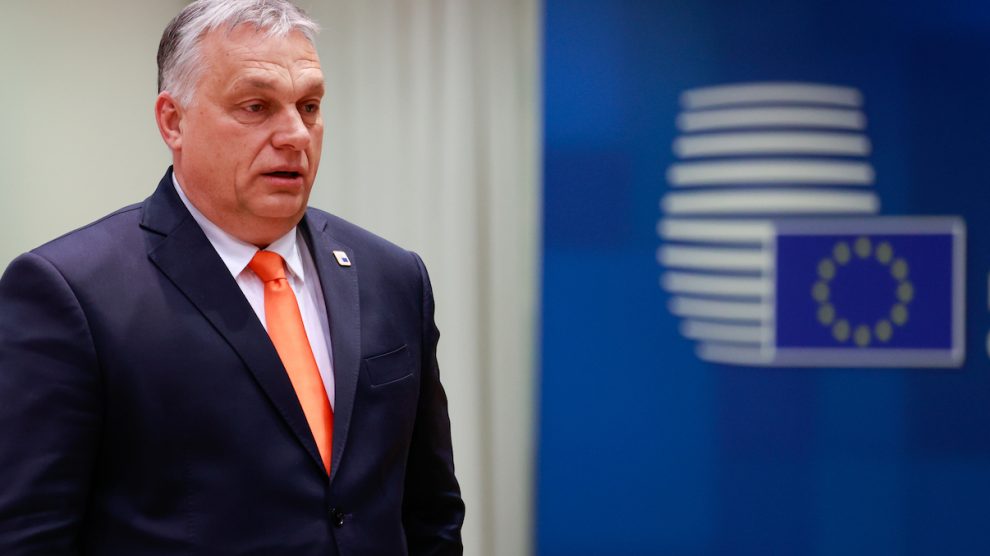 Hungary, which is nearly completely dependent on Russian oil, continues to block and EU embargo, and its prime minister, Viktor Orbán, appears to be in no mood to back down.

Amidst yet another row with the European Union, this time over a new package of economic sanctions against Russia, Viktor Orbán was formally sworn in as Hungary’s prime minister on May 16, the fifth time that the 58-year-old has taken the prime ministerial oath of office.

Buoyant from his Fidesz party’s landslide victory in April’s parliamentary election, which came despite Hungary’s major opposition parties uniting in attempt to defeat him, Orbán took the opportunity to launch a fresh attack against Brussels and what he called the “suicidal” West.

Urging the EU to respect the sovereignty of nation states, Orbán told parliament, “Cultural alienation is growing between the western half of Europe and Hungary. That is because we believe in the Christian civilisational foundations of Europe, and in the nation, which Brussels has given up”.

After attacking his usual targets, including the EU, “gender ideology”, and Hungarian-born billionaire George Soros, who he accused of financing the Hungarian left, he warned that the current decade would be an age of “perils, uncertainty and wars”.

“The decade began with the coronavirus pandemic and continued with war,” said Orbán, who while combative appeared to be preparing Hungarians for higher prices.

“The war and the European sanctions policy in response to it have created an energy crisis. This energy crisis and US interest rate hikes have combined to bring an era of high inflation. Together all this will bring a period of recession, of economic decline, with European economic performance seeing alternating years of decline, stagnation and modest increase.”

Hungary is likely to see one of the European Union’s highest levels of inflation this year. At much the same time that Orbán was addressing parliament, the European Commission released its Spring Economic Forecast which predicts inflation in Hungary will reach nine per cent in 2022, with economic growth of 3.6 per cent.

In addition, the outlook is sensitive to the evolution of the war due to Hungary’s geographical proximity and its stronger trade linkages with Russia and Ukraine compared to other EU members, as well as due to its high energy import dependency.

While Orbán told parliament that Russia was clearly the aggressor in the war in Ukraine and called the Hungary’s membership of NATO “an existential question”, he added that, “it must not yield to the temptation of carrying out military offensives outside the territory of its member countries. It must not be transformed from a defensive alliance into a military alliance of war”.

On the subject of the latest round of EU sanctions, announced on May 4 and which would put in place a complete import ban on all Russian oil, seaborne and pipeline, crude and refined, Orbán said that while “in the interests of European unity”, Hungary will not block sanctions, this would only apply as long as “they do not cross the red line that is Hungary’s defence of its economy – in other words, as long as they do not endanger Hungary’s energy security”.

He also pointed out that “I cannot recall any continental blockade that was effective”.

Lithuania’s foreign minister, Gabrielius Landsbergis, said on May 16 that Hungary was “holding the EU hostage” over its refusal to agree an oil embargo against Russia.

“Unfortunately the whole union is being held hostage by one member state,” said Landsbergis.

Hungary, which is nearly completely dependent on Russian oil, continues to block the embargo, despite being offered an extension on phasing out Russian crude until the end of 2024: Orbán’s defiant speech in parliament suggests that he unlikely to back down anytime soon.

His foreign minister, Péter Szijjártó, later doubled down on Orbán’s combative words, saying that it would cost between 15 and 18 billion euros for the “complete modernisation” of Hungary’s energy infrastructure to phase out Russian oil, and called on the EU to come up with a plan.