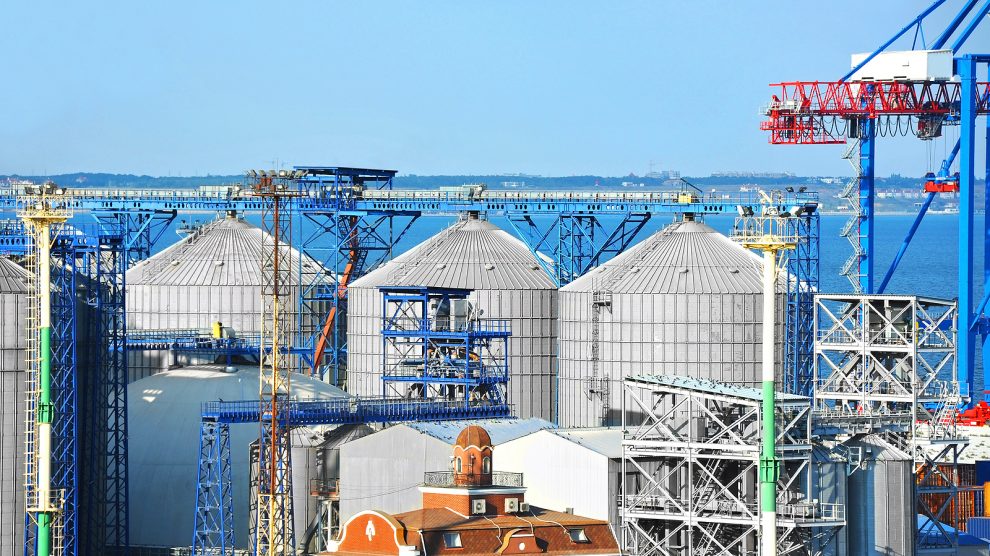 Russia’s blockade of Ukraine’s ports increasingly threatens the food security of millions of people around the world.

It is becoming increasingly clear that ports in the Odesa area of southern Ukraine must be reopened urgently to prevent a global hunger crisis.

On May 10, Ukraine’s president, Volodymyr Zelensky, urged the international community to take immediate steps to end the Russian blockade of his country’s ports in order to allow wheat shipments and prevent a global food crisis.

Ukraine is one of the world’s biggest exporters of wheat and corn.

After the Black Sea port of Odesa was struck by missiles, Zelensky said: “For the first time in decades there is no usual movement of the merchant fleet, no usual port functioning in Odesa. Probably this has never happened in Odesa since World War II.”

“Without our agricultural exports, dozens of countries in different parts of the world are already on the brink of food shortages,” he added. “And over time, the situation can become downright terrible. This is a direct consequence of Russian aggression, which can be overcome only together – by all Europeans, by the whole free world.”

Zelensky’s call for an end to the Odesa blockade came just days after the United Nations World Food Programme (WFP) issued a similar appeal, saying that only the reopening of Ukraine’s ports could avert the looming threat of famine.

The WFP said that the move would allow for food produced in the war-torn country to flow freely to the rest of the world as well as avoid “mountains” of grain from going to waste.

“Right now, Ukraine’s grain silos are full. At the same time, 44 million people around the world are marching towards starvation. We have to open up these ports so that food can move in and out of Ukraine. The world demands it because hundreds of millions of people globally depend on these supplies,” said WFP Executive Director David Beasley.

“We’re running out of time and the cost of inaction will be higher than anyone can imagine. I urge all parties involved to allow this food to get out of Ukraine to where it’s desperately needed so we can avert the looming threat of famine.”

“This badly needed food is stranded because of the Russian war and blockade of Black Sea ports, causing dramatic consequences for vulnerable countries,” he said. “We need a global response.”

According to the WFP, unless ports reopen, Ukrainian farmers will have nowhere to store the next harvest in July and August.

“The result will be mountains of grain going to waste while WFP and the world struggle to deal with an already catastrophic global hunger crisis,” the agency said.

The WFP says that some 276 million people around the globe were already facing acute hunger at the beginning of the year. That number could rise by 47 million if the war continues, with the steepest rises in sub-Saharan Africa.

Prior to Russia’s invasion of Ukraine on February 24, most of the food produced in the country was exported through the country’s seven Black Sea ports. More than 50 million metric tonnes of grain transited through the ports in the eight months before the war began, and exports were enough to feed 400 million people.

The disruption caused by the war has already pushed food commodity prices well above record highs reached earlier this year. In March, export prices for wheat and maize rose 22 per cent and 20 per cent, respectively, on top of steep increases in 2021 and early 2022.

Kyiv has begun to move some of its key exports through the Romanian port of Constanţa, mainly agricultural produce, but congestion at the port, as well as the incompatibility of Ukrainian and Romanian railway gauges, has limited the amount of goods moving through Constanţa.

Last month, Romania’s government announced plans to rehabilitate a broad (Ukrainian) gauge railway line running from Ukraine through the Republic of Moldova into another of the country’s ports, Galați, “quickly” but did not specify a timeframe.