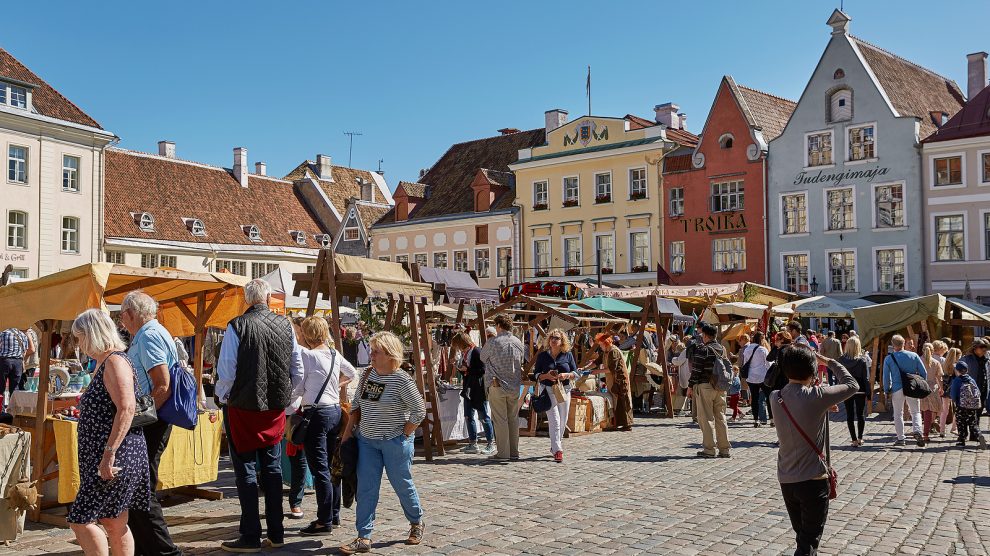 Inflation will be high across all of the European Union in 2022, with the countries of emerging Europe particularly vulnerable to rising prices.

The European Commission has been forced to revise the EU’s growth outlook downwards, and the forecast for inflation upwards following Russia’s invasion of Ukraine.

The outlook for the EU’s economy before the outbreak of the war in Ukraine was for a prolonged and robust expansion. But Russia’s invasion of its neighbour has posed new challenges, just as the EU had recovered from the economic impacts of the pandemic.

By exerting further upward pressures on commodity prices, causing renewed supply disruptions and increasing uncertainty, the war is exacerbating pre-existing headwinds to growth, which were previously expected to subside.

The EU’s GDP is, however, projected to remain in positive territory over the forecast horizon, thanks to the combined effect of post-lockdown re-openings and the strong policy action taken to support growth during the pandemic.

Namely, the post-pandemic re-opening of contact-intensive services, a strong and still improving labour market, lower accumulation of savings and fiscal measures to offset rising energy prices are set to support private consumption. Investment is set to benefit from the full deployment of the Recovery and Resilience Facility and the implementation of the accompanying reform agenda.

The downgrade for 2022 must be read against the background of the growth momentum gathered by the economy in spring and summer last year, which adds around two percentage points to the annual growth rate for this year. Output growth within the year has been reduced from 2.1 per cent to 0.8 per cent.

The main hit to the global and EU economies comes through energy commodity prices. Although they had already increased substantially before the war, from the low levels recorded during the pandemic, uncertainty about supply chains has pressured prices upwards, while increasing their volatility. This is true for food and other basic goods and services, with households’ purchasing power declining.

War-induced logistics and supply chain disruptions, as well as rising input costs for a broad array of raw materials, add to the disturbances in global trade caused by the drastic Covid-19 containment measures still applied in parts of China, weighing on production.

“There is no doubt that the EU economy is going through a challenging period due to Russia’s war against Ukraine, and we have downgraded our forecast accordingly. The overwhelming negative factor is the surge in energy prices, driving inflation to record highs and putting a strain on European businesses and households,” says Valdis Dombrovskis, the European Commission’s executive vice-president.

Inflation forecasts are far from uniform across the EU however, with emerging Europe set for some of the bloc’s highest levels of price increases.

“Russia’s invasion of Ukraine is causing untold suffering and destruction, but is also weighing on Europe’s economic recovery. The war has led to a surge in energy prices and further disrupted supply chains, so that inflation is now set to remain higher for longer,” says Paolo Gentiloni, Economy Commissioner.

Better news comes from the labour market, which the EU says is entering the new crisis on a strong footing.

In 2021, more than 5.2 million jobs were created in the EU economy, which attracted nearly 3.5 million more people into the labour market. In addition, the number of unemployed decreased by nearly 1.8 million people. Unemployment rates at the end of 2021 fell below previous record lows.