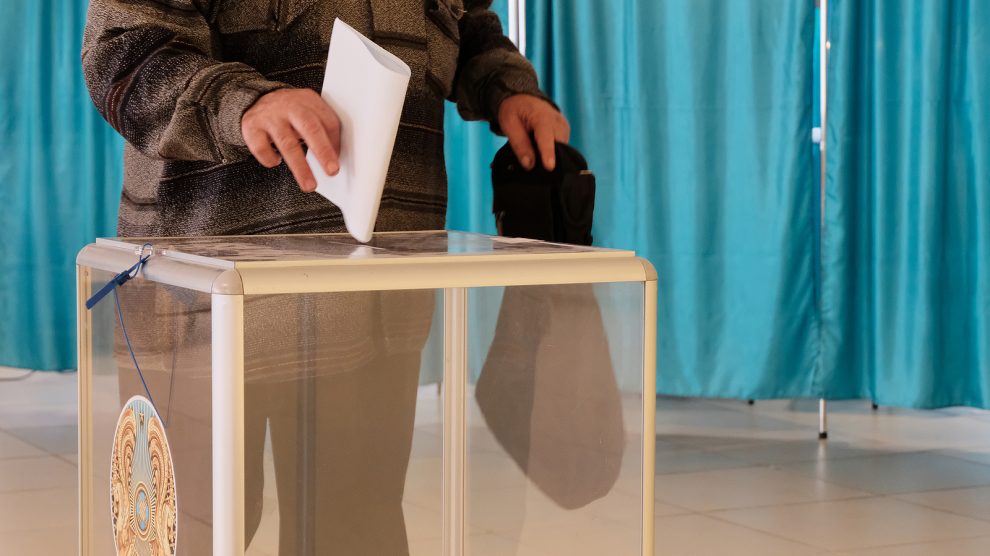 Kazakhstan’s ruling party, as expected, took victory in an opposition-free parliamentary election on January 10, while in neighbouring Kyrgyzstan a prisoner-turned-prime minister won a landslide victory in a presidential election.

In Kazakhstan, the Nur Otan party took around 72 per cent of the ballot in a parliamentary election on January 10, with just two other parties – both pro-government – crossing the seven per cent parliamentary threshold.

The election was boycotted by Kazakhstan’s opposition.

The National Social Democratic Party (NSDP), which claims to be in opposition despite critics questioning its stance, had announced in November that it would not stand for election as a sign of “protest”. Not a single election has been declared free and fair in Kazakhsta since the country declared independence from the Soviet Union in 1991.

More than 30 demonstrators were arrested during protests criticising the vote in the country’s biggest city Almaty and in the capital, Nur-Sultan.

Arystangani Zapparov, the deputy interior minister, said that all those detained had been released without charge.

This election was the first under the country’s new president Kassym-Jomart Tokayev, who took over from Nursultan Nazarbayev in 2019.

However, Mr Nazarbayev, the former president who led Kazakhstan since its independence from the Soviet Union, remains a powerful figure, and retains the chairmanship of the Nur Otan party.

In Kyrgyzstan meanwhile, Sadyr Japarov has won a landslide victory in the country’s presidential election, with early results suggesting he had taken almost 80 per cent of the vote.

The early election was called after a political crisis caused by mass protests in October over the outcome of parliamentary elections led to the resignation of the government and forced erstwhile president Sooronbai Jeenbekov to step down.

‘Russia is our partner’

Amid the demonstrations, Mr Japarov was released from prison, where he had seen serving a sentence for kidnapping a political rival, and was later made prime minister by MPs.

A nationalist, Mr Japarov has nevertheless vowed to maintain close ties with Russia, the main destination for hundreds of thousands of Kyrgyz migrant labourers whose remittances are a crucial pillar of the country’s economy.

“Russia is our strategic partner,” he told reporters when casting his vote in the capital, Bishkek.

At a news conference after voting had closed, he said Kyrgyzstan – long considered the only country in Central Asia that even vaguely resembles a functioning democracy – now needs political stability.

“I call on all opponents to unite; the minority should submit to the majority,” Mr Japarov said. “I come to power during challenging times; there is a crisis everywhere.”