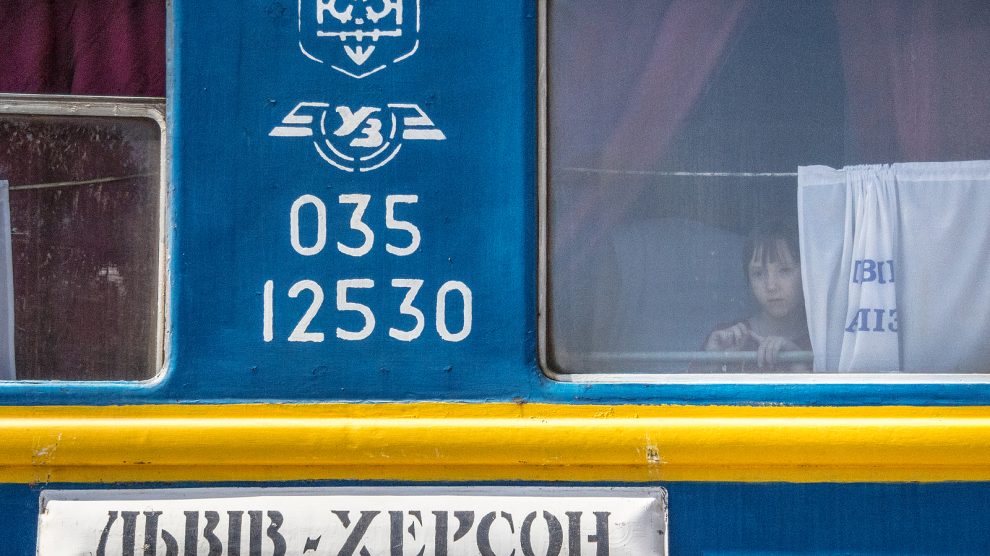 Following Ukraine’s victory in Kherson, Western defence officials questioning Ukraine’s ability to defeat Russia may have to rethink their assumptions.

When Russia announced the illegal annexation of four partially-occupied provinces of eastern and southern Ukraine just over six weeks ago, the country’s president, Vladimir Putin, defiantly proclaimed that the four regions (Donetsk, Kherson, Luhansk and Zaporizhzhia) would be part of the Russian Federation “forever”.

Forever is not a long time, it appears. On November 9, Russia announced that it was pulling out of much of Kherson, including the region’s capital, the only regional capital captured by Moscow since it began its full-scale invasion in February.

The order to retreat to the left (or eastern) bank of the Dnipro River, given by the Russian Defence Minister Sergei Shoigu and General Sergei Surovikin, the recently appointed commander of Russia’s forces in Ukraine, comes as Ukrainian forces continue to attack Russian positions on the western side of the river.

Russia has for some time been deporting civilians from Kherson (Moscow calls it an “evacuation”), while its Russian-appointed administrators left the city last week.

In a strange coincidence of the kind that blights Russian politicians, the Moscow-installed senior official of Kherson, Kirill Stremousov, died on the same day that the retreat was announced in what was described by Russian media as “a car crash”. Stremousov had been very active on social media in recent days, imploring the residents of the region to leave for Moscow-held territories.

Don’t call it a retreat

Russian officials been careful to avoid the word retreat, instead referring to a “withdrawal” that has been portrayed as a clever military strategy to regroup on the eastern side of the Dnipro, in defensible positions that Ukrainian forces would struggle to breakdown.

Nevertheless, liberating Kherson will be a huge victory for Ukraine and a major humiliation for Russia. Sergei Markov, a former Kremlin adviser, said that the Kherson defeat is Russia’s largest geopolitical loss since the Soviet Union collapsed.

NATO Secretary-General Jens Stoltenberg called the retreat “part of an overall pattern or picture we have seen over the last month that Russia has absolutely lost the momentum”. US President Joe Biden said that Russia’s retreat from Kherson showed its military faces “real problems”.

The biggest of Russia’s immediate problems is whether it can retreat from Kherson without taking heavy equipment and personnel losses. According to analysis from the UK’s Ministry of Defence, Russia’s withdrawal will take place over several days with defensive positions and artillery fire covering withdrawing forces.

Ukraine, which has responded to the announcement with caution, remains circumspect. If Russia is indeed retreating, Kyiv will want to disrupt the retreat as much as possible, capturing soldiers and, most importantly, equipment.

President Volodymyr Zelensky was wary, saying that “the enemy does not bring us gifts” and “does not just leave”. He said that Kherson and other occupied areas would be retaken by Ukraine but as a result of Ukrainian military efforts, “we need to fight our way”.

Zelensky’s adviser, Mykhailo Podalyak, tweeted late on November 9 that Ukraine saw no evidence Russia would leave without a fight and that Russian troops were still present in Kherson city.

“Ukraine is liberating territories based on intelligence, not on staged TV statements,” he wrote.

Kherson is evidence Ukraine can win

Victory in Kherson also comes at a crucial time for Ukraine’s allies, who have betrayed signs of fatigue in recent weeks, with word circulating that even the United States might be considering pushing Kyiv to negotiate with Moscow.

According to US TV network NBC, some US and Western officials increasingly believe that neither side can achieve all of their goals in the war and are eyeing the expected winter slowdown in fighting as an opportunity for diplomacy to begin.

Ukraine made it clear again this week that it remains willing to negotiate.

In a video posted on November 7 by an adviser to Ukraine’s Ministry of Internal Affairs, Zelensky listed conditions for negotiations that included restoration of territorial integrity, Russian payment of war damages, punishment of war criminals, and guarantees that Russia would not invade again.