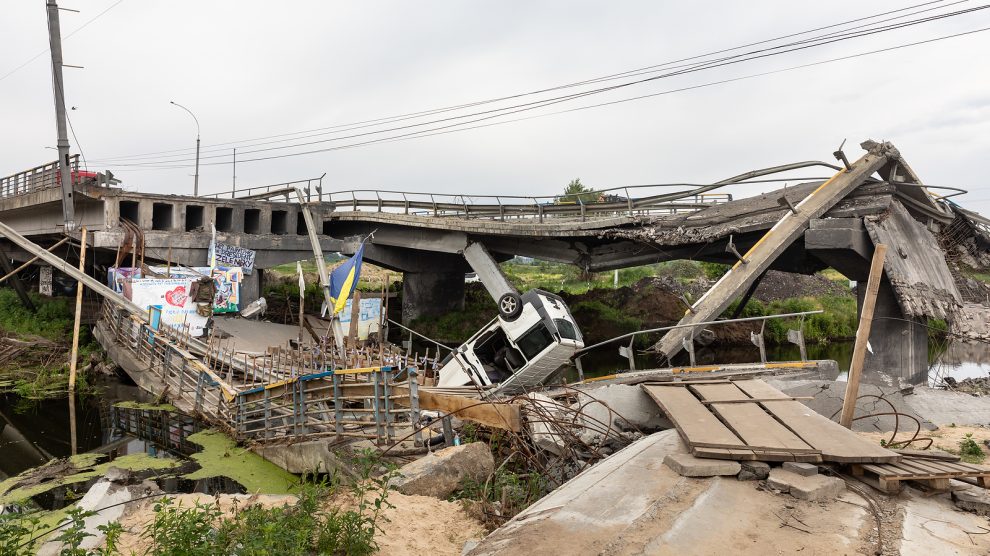 What will the reconstruction of Ukraine cost? Where will the money come from?

Back in July, a first attempt was made to answer those questions. At the Ukraine Recovery Conference in Lugano, Switzerland, Kyiv was offered a unique opportunity to engage with the international partners whose support it will need in order to respond to the enormous challenges that lie ahead.

One of the key developments at Lugano was the publication of the first draft of the Ukrainian government’s reconstruction plan (National Recovery Plan), which it intends to form “the main framework document that sets the direction of the recovery process”.

According to a new study from the Vienna Institute for International Economic Studies (wiiw) and the Growford Institute in Kyiv, the plan contains a number of strengths.

These include its emphasis on tackling institutional reforms; curbing the power of the hitherto omnipresent oligarchs; and bringing Ukraine closer to EU standards. The measures required in the short term to stabilise the Ukrainian economy are also correctly identified and elaborated.

“The weaknesses, however, are obvious,” says Tetiana Bogdan, scientific director of the Growford Institute and a visiting researcher at wiiw.

“This starts with the fact that the growth potential of the economy after the war is overestimated; adjustments are also needed in the distribution of funds among the individual sectors, as well as in the plans for industrial policy and the financial sector.”

The plan’s intention of hugely reducing taxes is incompatible with the fact that reconstruction will cost hundreds of billions of US dollars. Moreover, the proposed decentralised approach is likely to prove counterproductive: “In most cases, reconstruction should be coordinated at the national level,” says Michael Landesmann, former scientific director of wiiw and co-author of this report.

The study also criticises inconsistencies and overlaps in the plan, as well as its (sometimes) wrong priorities.

With the most intensive phase of the war likely to last until mid-2023, the study assumes that international donors will have to contribute somewhat less – around 410 billion US dollars – which is in line with other estimates. This does not include military and defence spending.

“That is still a huge sum,” points out co-author Richard Grieveson, deputy director of wiiw. “The EU, which has a powerful self-interest in a democratic and prosperous Ukraine and which has also made it a candidate country, will have to hugely step up its efforts there.”

The goal set out in the reconstruction plan of a fivefold increase in GDP – from just over 100 billion US dollars this year to 500 billion US dollars in 2032 – seems unrealistic. That conclusion is backed up by a comparison with other former war-torn countries: Bosnia and Herzegovina only managed a threefold increase in its GDP between 1996 and 2005, while Croatia merely succeeded in doubling its GDP between 1994 and 2003.

Questionable prioritisation of certain industries and distribution of funds

The distribution of general financing across sectors is not well justified in the National Recovery Plan.

As an example, defence and security financing needs up to 2032 are put at 50 billion US dollars, which includes the military assistance received from Ukraine’s allies in 2022. But that amount seems to be on the low side, given the intensity of the military struggle with the Russian army and the immense challenges involved in transforming the defence industry and modernising the Ukrainian armed forces in the postwar period.

The identification of heavy industry and agricultural production as sectors with high added value – sectors that would be given priority in the reconstruction and would have billions of US dollars channelled to them – also seems dubious.

“From our point of view, this is a backward-looking industrial policy that means preserving existing structures, instead of pushing the necessary structural change towards a sustainable and green economy,” says Landesmann.

Yet Ukraine does have great potential, especially in the IT sector, food processing and environmental technologies. Moreover, the plan largely fails to provide clarity on what instruments are to be employed in achieving the set goals, on the administrative implementation and on the financing. The planned stimulation of mortgage lending with no less than 40 billion US dollars seems equally questionable, as does the recapitalisation of Ukrainian banks with 15-20 billion US dollars.

The authors of the study regard the reconstruction plan’s decentralised approach as an important weakness.

It envisages concentrating reconstruction projects in certain regions, under the leadership of an international partner. Great Britain, for instance, has agreed to take on reconstruction in the Kyiv region; Denmark wants to concentrate on Mykolaiv; and Sweden on Odesa. How such a decentralised system is supposed to work remains a mystery.

“The central programmes of reconstruction must be elaborated and managed at the national level if they are to have a nationwide impact. Just think of the building of transport infrastructure for the whole country or the importance of aligning the reconstruction efforts with EU standards,” explains Tetiana Bogdan.

There are also measures proposed in the reconstruction plan that clearly contravene EU law, such as the ban on VAT refunds on raw materials exports or the massive state subsidies for heavy industry. Such measures would not be conducive to Ukraine’s desired EU accession.

Nor are the plans to reduce the tax burden to 30 per cent of GDP, while devoting hundreds of billions of US dollars to reconstruction, and simultaneously trying to reduce the national debt ceiling, very well thought out.