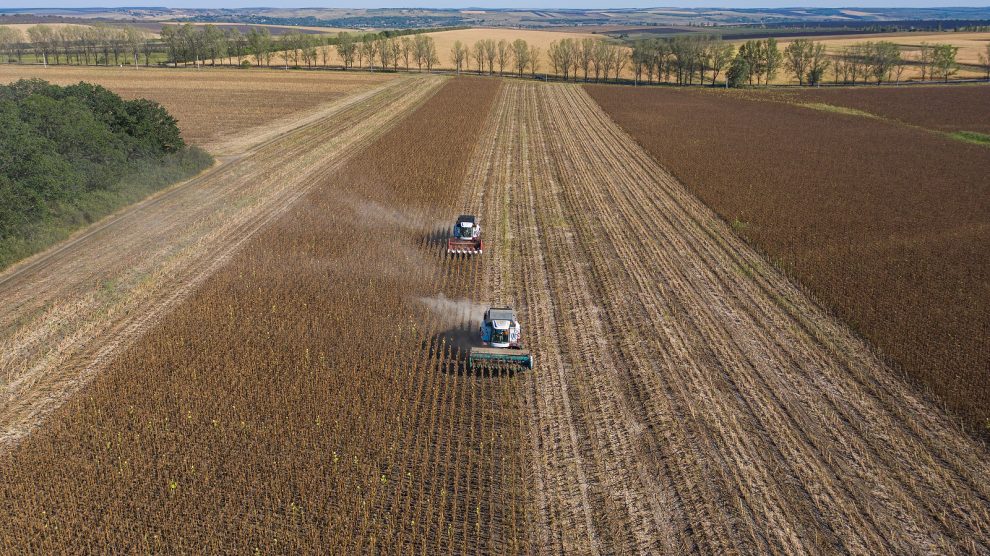 New regulations mean that Moldova can at least double its exports of agricultural products – for a period of one year – to the European Union without any tariffs being applied.

Agriculture remains the main pillar of the Moldovan economy. According to the US government’s International Trade Administration (ITA), farmland covers 75 per cent of the country’s territory, and the agricultural sector employs over 27 per cent of country’s labour force. Agricultural production usually accounts for around 12 per cent of Moldova’s GDP.

Combined with the food processing industry, the sector represents more than 16 per cent of GDP and approximately 45 per cent of total exports.

Moldovan farmers have experience in a wide variety of agricultural activities, and these factors, combined with affordable labour costs, especially in rural areas, favour the production of high-yield, labour-intensive crops that are competitive in export markets.

News that the European Council on July 18 adopted regulations temporarily liberalising trade in the seven Moldovan agricultural products that are not already fully liberalised (tomatoes, garlic, table grapes, apples, cherries, plums and grape juice) will therefore provide a huge boost to a country who’s economy has been severely affected by Russia’s invasion of neighbouring Ukraine.

The new regulations mean that Moldova can at least double its exports of these products – for a period of one year – to the European Union without any tariffs.

Redirecting exports to the EU

Moldova’s ability to trade with the rest of the world has been hit by the Russian invasion, since its exports rely heavily on Ukrainian infrastructure, and because it has largely lost access to its markets in Ukraine, Russia and Belarus.

The temporary trade liberalisation measures will redirect many of those exports towards the EU.

“We cannot overlook the impact of Russia’s war of aggression against Ukraine on Moldova,” says Czech Minister of Industry and Trade Jozef Síkela. Czechia currently holds the rotating presidency of the European Council.

“With duties lifted from the remaining agricultural products not already fully liberalised, Moldova can now export at least twice as much of these products to the EU without duties. With these exceptional measures, the EU deepens its trade relations with Moldova and shows its support for the stabilisation of Moldova’s economy.”

This additional support will help Moldova – whose own breakaway region of Transnistria remains a potential flashpoint should the war in Ukraine escalate – cope with the multiple repercussions of the Russian military aggression against Ukraine. In particular, it will help the most vulnerable segments of the population in Moldova to deal with rising energy costs and to support the long-term socio-economic recovery, energy security and energy transition of Moldova.

Last week, at a meeting of Moldova Support Platform donors in Sighișoara, Romania, the European Investment Bank and Moldova agreed a 150 million euros loan to connect Moldova to the TEN-T network, a planned network of roads, railways, airports and water infrastructure in the European Union.

“We may not have the power to stop the war in Ukraine today or tomorrow, due to Russia‘s brutality,” said German Foreign Minister Annalena Baerbock after the event, who pledged 71 million euros in humanitarian aid and loans of 196 million euros. “But we do have the means to help a democratic country to prevent it from being crushed by the effects of this war.”

According to Moldova’s president, Maia Sandu, “Moldova needs the support of partners to strengthen energy independence, to ensure food security, to strengthen transport and security infrastructure, but also to continue domestic reforms, in order to advance on our European path.”

Moldova was granted candidate status by the EU in June, along with Ukraine.

Data from the United Nations Refugee Agency (UNHCR), Moldova – whose own population is just over 2.6 million – was hosting almost 500,000 Ukrainian refugees at the end of June, placing a huge strain on the country’s economy.

In its latest economic forecast for the emerging Europe region, the Vienna Institute of International Economic Studies (wiiw) warned that Moldova is heading for recession in 2022, with the economy likely to contract by at least one per cent.