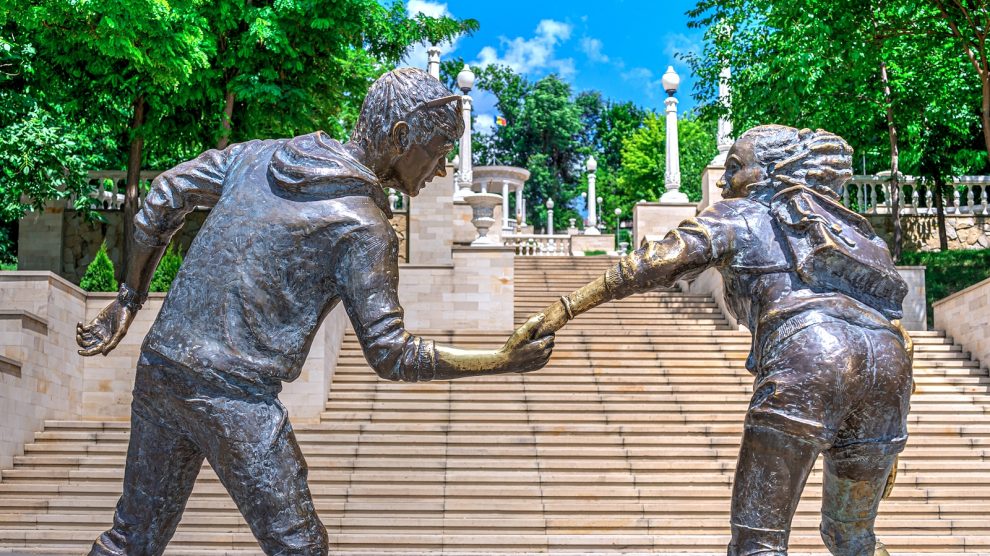 It’s been a long time since there was so much goodwill towards Moldova from its international partners.

Just over a year has passed since former World Bank economist Maia Sandu was installed as Moldova’s president after defeating incumbent Igor Dodon in an election last November.

Staunchly pro-European (as opposed to Dodon, who prefers closer relations with Russia), Sandu’s first task we to set about ridding Moldova of a parliament full with MPs loyal to Dodon and the oligarch Vlad Plahotniuc, currently fighting extradition to Moldova from the US on corruption charges.

Using every one of the few tools at her disposal, she managed it: a parliamentary election in July changed Moldova’s political landscape. Many will hope that the change is permanent.

Sandu’s Action and Solidarity party – better known by its Romanian acronym of PAS, meaning step – took well over 50 per cent of the vote, more than double the share of the Communists and Socialists, led by two former presidents, Vladimir Voronin and Dodon, who ran on a joint ticket. Plahotniuc’s Democratic party, previously the second largest in parliament, was wiped out entirely.

Her next move was to appoint Natalia Gavrilița, like Sandu a Harvard graduate, as prime minister, with the immediate priority of steadying a shaky financial ship, and the long-term goal of ridding the country of corruption.

Expectations for both women are high.

“It will be a good year for Moldova, but will require a combination of expectations management (currently very high for Sandu and her team) and periodic crisis management,” Radu Magdin, a strategic communications analyst, consultant and former prime ministerial advisor in Romania and Moldova, tells Emerging Europe.

Fortunately, for the first time in several years, Moldova’s key international partners appear to be on board.

The new MFA comes shortly after the release of a 60 million euros grant of budget support in response to an energy crisis, and as part of the EU Economic Recovery and Resilience Plan for Moldova, worth up to 600 million euros for the next three years.

Specifically, the MFA would help Moldova to cover part of its external financing needs over the coming two years. The operation would thus contribute to reducing the economy’s short-term balance-of-payments and fiscal vulnerabilities.

“Alongside the new IMF programme, this proposed new macro-financial assistance would provide both grants and loans at favourable rates to help support the Moldovan economy in the coming two years. As ever, this financing would be conditional on the fulfilment of policy commitments aimed at addressing some of the most pressing problems weighing on Moldova’s economic development.”

Despite now having a parliamentary majority committed to reform, Moldova continues to face many challenges, notably the ongoing need to tackle corruption and governance problems that have contributed to a weakening of the fiscal and balance of payments positions over the past several years.

The past few months have been especially challenging. Moldova recently faced a significant energy crisis, which coupled with the post-Covid-19 recovery has further implications for economic stability and outlook going forward.

In October, Russia’s Gazprom hiked the price of gas and threatened to cut off supplies to the country. The Financial Times reported that Gazprom was pressuring Moldova to delay energy sector reforms and a free trade deal with the European Union in exchange for cheaper gas prices, an accusation Gazprom denied.

Even here though, Sandu demonstrated her agility by securing Moldova’s first ever deliveries of non-Russian gas, from Poland, before a new deal with Gazprom was concluded in November, with Sandu securing a new five-year gas contract at a lower price than initially demanded, as well as a protocol on a future audit of more than 700 million euros of disputed Moldovan debt owed to Gazprom.

The proposed EU MFA, which will require approval by the European Parliament and the European Council before it can enter into force and disbursements can be made, would accompany the country’s new IMF programme, approved shortly before Christmas and worth 558 million US dollars over a period of 40 months, and designed to help Moldova recover from the coronavirus pandemic.

It is all a far cry from one of the blackest days in Moldova’s recent history, in July 2018, when the EU froze the first tranche of a previous MFA, worth 100 million euros, saying that the country’s then government had violated one of its preconditions: respecting democracy and the rule of law.

Despite progress since then, which includes the election of a president eager to work with the EU, the authorities in Chișinău still have much work to do.

At the end of 2020 Moldova’s current account deficit stood at 6.7 per cent, a year in which the country’s economy shrunk by seven per cent.

According to the European Bank for Reconstruction and Development (EBRD), Moldova’s economy is forecast to have grown by four per cent in 2022, on the back of growing export demand and revived household consumption.

Growth is expected to remain above four per cent in the medium term.

In 2014, more than one billion US dollars disappeared from three Moldovan commercial banks (Banca de Economii, Unibank, and Banca Socială), leading to their collapse and created a hole amounting to more than 25 per cent of the country’s total banking assets, or around 12 per cent of GDP.

The World Bank last year described corruption in the country as “systemic”, while Moldova was ranked 115th out of 180 countries in Transparency International’s 2020 Corruption Perception Index.

In its most recent report the Council of Europe’s anti-corruption body GRECO said that Moldova had made “little progress” in implementing reforms to improve the prevention of corruption.

“The fight against corruption will likely be strong, and a game changer for the country,” adds Magdin. “But the politics will be virulent, with the opposition trying to unite while attempting to stir division in the governmental and parliamentary PAS camp.”

Long-term, success in the fight against corruption is likely to be the measure by which both Gavrilița’s cabinet and Sandu’s presidency will be judged.

The early signs are good: in October, Moldova’s top prosecutor Alexandru Stoianoglo was suspended and detained for alleged corruption.

“Nobody in Moldova will remain above the law,” said Sandu.