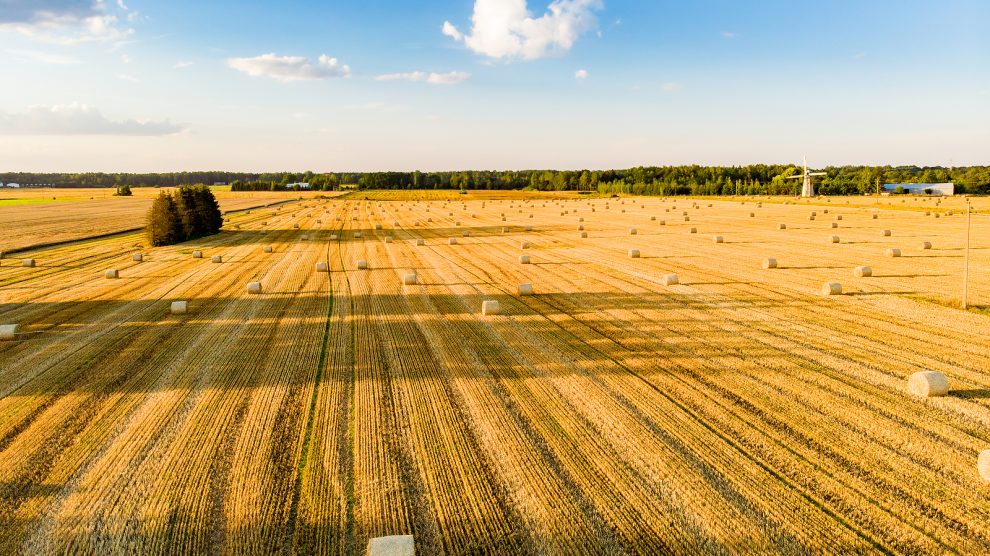 The European Union's new Common Agricultural Policy has been described as an essential part of the European Green Deal. But is emerging Europe ready?

The European Union’s new Common Agricultural Policy has been described as an essential part of the European Green Deal. But is emerging Europe ready?

In the context of growing pressure from environmental NGOs and civil society, the European Parliament, the Council of the European Union and the European Commission in June agreed to introduce wide-reaching reforms to the EU’s well-entrenched, decades-old Common Agricultural Policy (CAP).

The new CAP is to be focused primarily on optimising results and performance and based on nine key objectives which include climate change, fair income, competitiveness, and the preservation of landscapes amongst much else.

The objectives are set to be used as a basis for member states to create their own, national strategic plans (NSPs) for agriculture.

Once the new CAP is implemented in 2023, the redistribution of direct payments related to agriculture will be linked to these NSPs, instead of rural development as present.

Concerns have, however, been raised concerning the ability of several countries in emerging Europe – and beyond – to meet the end-of-year deadline to come up with their NSPs.

Observers and analysts in Czechia, Hungary, Latvia, Lithuania, Poland, and Slovakia, as well as Germany, Ireland, Italy and Portugal, have expressed doubt in their respective governments’ ability to submit the necessary documentation in the required timeframe.

According to Adrian Sadłowski of the Institute of Economics and Finance at Cardinal Stefan Wyszyński University in Warsaw, “the EU’s legislation on post-2022 CAP provides EU member states with very broad discretion in designing sets of instruments at the national level.”

Sadłowski suggests that this greater freedom is behind the concern over member states’ ability to develop a national strategic plan in time.

“On the one hand, the greater discretion left to EU member states makes it possible to design a complementary set of instruments aimed at solving endemic problems. On the other hand, it causes significant agricultural policy differences between member states, potentially distorting competition on the common market,” he tells Emerging Europe.

Regarding recent reports that Poland might be amongst the countries not be able to submit its national strategic plan on time, Sadłowski mirrors the sentiments expressed by EU Agriculture Commissioner Janusz Wojciechowksi.

“Public consultations on the draft national strategic plan developed by the Polish Ministry of Agriculture and Rural Development concluded on September 15, 2021. It seems, then, that the plan will be submitted to the European Commission on time,” Sadłowski asserts.

Hungary, another country which has reportedly been struggling with its NSP, also appears to nonetheless be on track to complete it in time.

“The whole CAP budget was cut but by a lower amount than initially proposed by the [European] Commission. Hungary answered this challenge in an ambitious way with the maximum co-financing rate of rural development measures,” Mizik explains.

Nonetheless, he does not reject the possibility of the current deadline being pushed back, stating that “it cannot be ruled out, and based on previous experience – it should rather be assumed, that this period will be extended due to the postponement of the next reform.”

While agriculture makes up just over three per cent of the Lithuanis’s GDP, in 2019 the sector employed over six per cent of the nation’s workers, the sixth highest share in the EU.

For this reason, it is especially important for the country to seize the opportunities which the new CAP could bring, while also addressing existing challenges.

According to Mangirdas Morkūnas of the Vilnius University Faculty of Economics and Business Administration, in the coming years, the Lithuanian agriculture sector will face two main challenges:

“There is a need to reduce greenhouse gas emissions and to diversify agricultural activities in order to introduce more varieties of crops and animals and thus decrease the share of wheat and canola in agriculture, as dependency on these two crops is very big and poses various risks,” Morkūnas tells Emerging Europe.

Tomas Baležentis of the Lithuanian Centre for Social Sciences asserts that the Ministry of Agriculture is already aware of the tasks ahead.

“Currently, the ministry suggests putting more attention on crop rotation and setting a cap for CAP payments. This basically reduces the welfare of well-established large cereal and oilseed farms. However, the final outcome will depend on interaction among all the stakeholders,” he tells Emerging Europe.

“As regards the strategic plan, I think it is unlikely that the deadline will be met, and even if it is submitted at the end of the year, there will be a number of further revisions immediately afterwards,” Baležentis adds.