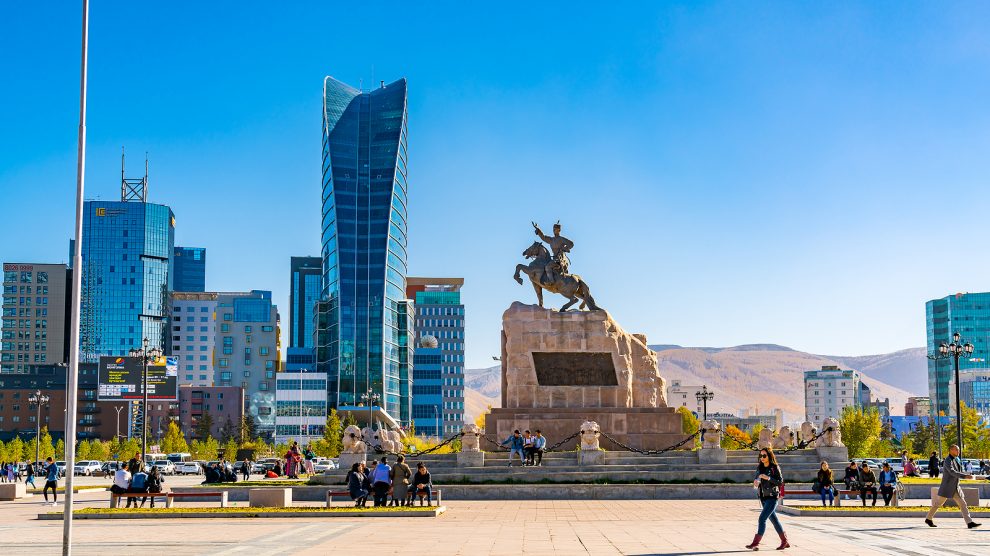 Know-how from tech powerhouse Estonia has helped Mongolia carry out its digital transformation at impressive speed: part of a wider effort to diversify the Mongolian economy away from mining.

That the Covid-19 pandemic sped up the process of digitalisation across the world, across multiple sectors and geographies, is no longer a secret.

From primary healthcare to the delivery of public services, the pandemic served as a wake-up call for all stakeholders – governments, businesses, individuals – that digitalisation can help society become more resilient and better able to cope with challenges and threats such as Covid-19.

Nowhere is this more apparent than in Mongolia, the vast country of just 3.28 million people sandwiched between Russia and China.

Its own process of digital transformation, which began before the pandemic struck, allowed the authorities in Ulaanbaatar to cope extremely well with Covid-19 – it was one of the first countries in the world to fully reopen – but was also given a push by the need to ensure that ordinary people could access vital services online.

“We didn’t waste the opportunity that the pandemic offered us,” says Bolor-Erdene Battsengel, Mongolia’s state secretary for digital transformation.

Battsengel, who joined the government in 2020 after a decade in the development sector, at organisations including the World Bank and the Asian Development Bank, is spearheading Mongolia’s digital transformation with energy and vigour, and a recognition that the country’s future prosperity depends on the creation of a truly digital society.

She is one of several young, internationally-educated leaders “headhunted” – as she puts it – by the Mongolian People’s party after it won a majority in parliament in an election in 2020.

“I joined the government for a reason: e-Mongolia,” Battsengel tells Emerging Europe on the sidelines of the Mongolian Economic Forum in Ulaanbaatar, a private sector initiative first held in 2013 that offers a a platform for business, academics, think tanks, and individuals to communicate with the government.

“I wanted to cut out all of the human interaction between the citizen and the state. Within three months we launched e-Mongolia, initially with 181 services online. Then Covid-19 happened, and we used the lockdown smartly, adding more services but also encouraging citizens to use them. By the end of the lockdown we had about 90 per cent of the population using e-Mongolia, and 650 public services available.”

“Now, if a government employee checks a citizen’s data, the citizen is notified by e-Mongolia. It’s totally transparent,” adds Battsengel, who is particularly proud of the fact that even people in the most remote parts of the vast country have access to digital services.

If it all sounds a lot like Estonia, the global pioneer and still champion of digital public services, there’s a good reason for that: the Baltic state’s e-Estonia model was the blueprint for Mongolia’s digital transformation.

“Estonia’s model is universal,” says Hannes Astok, executive director at the e-Governance Academy (eGA), a non-profit foundation set up by the Estonian government in 2002, in partnership with the Open Society Institute, and the United Nations Development Programme, that assists public sector institutions worldwide in digital transformation.

“Our model is universal because it relies on principles such as ‘once only’ data, decentralised databases, and citizen ownership of data that work well in both small and big countries. It is suitable for all governments,” Astok, also present at the Mongolia Economic Forum, tells Emerging Europe.

In the 20 years since it was set up, the eGA has worked with more than 130 countries around the world. The partnership usually starts with study visits to Estonia to see how it all works, before moving on to policy development, technical architecture development, procurement, implementation assistance and quality assurance. “Governments can select what they need,” says Astok.

Of the many success stories about which the eGA can boast, one of the most recent is Ukraine, where digital government has been one of the cornerstones of its resilience in the face of Russia’s invasion.

“For many of the people who have been forced to flee abroad, as well as internally displaced people within Ukraine, the Diia smartphone app has been the only way that they can prove their identity or access public services,” he adds. “We were heavily involved in its implementation.”

In Mongolia, Astok says that the digital transformation is helped by the fact that it is being driven from the top, by the country’s prime minister Oyun-Erdene Luvsannamsrain, who visited Estonia in 2019 when he was cabinet secretary and “became a big fan”.

“In each and every country, the political will has to be there in order to push through the transformation,” Astok says. “Here we find the momentum that is needed to make it work.”

Mongolia’s plans for digitalisation go way beyond the delivery of public services through an app, however.

Bolor-Erdene Battsengel says that Mongolia wants to become a digital nation as part of a wider push to diversify the economy, a landmark programme known as the New Recovery Policy, which has set a target of six per cent average growth for the next decade. That needs more foreign investment, something she says the country is ready for.

“We are currently working on creating an ICT Free Zone, which is important if we want to attract foreign companies. It’s both a framework – such as tax exemptions – but also a physical location, in Khushigtiin Khundii,” she says.

Khushigtiin Khundii (also known internationally as Maidar City) is a new, planned, environmentally-friendly city south of Ulaanbaatar to which much of the Mongolian government – including Battsengel’s ministry – will be moving.

A bridge to Russia and China

“A lot of companies have told me that they are interested in Mongolia because it can be a bridge to Russia and China. They have been reaching out to us, saying that if we have a friendlier business environment then they can expand into Russia and China from Mongolia. The ICT Free Zone is about creating that friendlier environment for IT firms, start-ups in particular, while also supporting local Mongolian companies.”

Firms investing in IT in Mongolia will need talent, of which Battsengel assures Emerging Europe there is plenty.

“We are not short of talent, despite our small population. We graduate about 50,000 IT students each year, but we also have a number of coding and software development programmes for young people,” she says.

“I always tell people that Mongolia is a hidden gem. It is a hidden technology gem that is booming now. Investors need to get in early to find the best opportunities, so what I am telling people is to come and take a look, check us out.

“Our economy used to be all about mining. Technology offers Mongolia a second chance. That’s what I am working to achieve.”