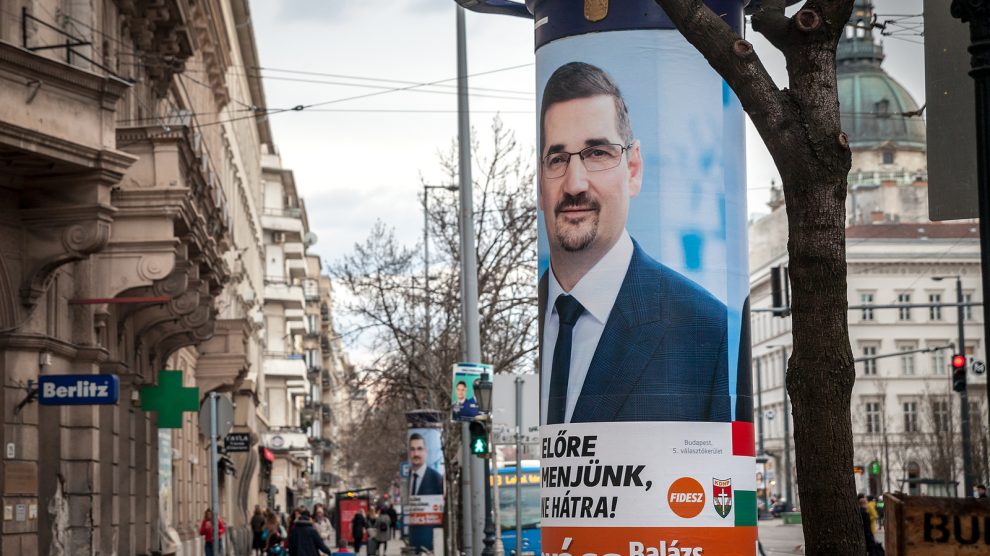 Human Rights Watch found that the Hungarian government repurposed data it had collected from people who signed up for the Covid-19 vaccine, applied for tax benefits, or registered for mandatory membership in a professional association to spread Fidesz’s campaign messages.

The Hungarian government’s misuse of personal data during the 2022 national election campaign undermined privacy and further tilted an already uneven playing field in favour of the ruling party, Fidesz, Human Rights Watch has claimed in a new report.

The 85-page report, Trapped in a Web: The Exploitation of Personal Data in Hungary’s 2022 Elections, examines data-driven campaigning in Hungary’s April 2022 elections, which resulted in a fourth consecutive term for Fidesz and Prime Minister Viktor Orbán.

Human Rights Watch found that the government repurposed data it collected from people applying for services to spread Fidesz’s campaign messages. The blurred lines between government and ruling party resources, including data, and the capture of key institutions by the government led to selective enforcement of laws that further benefited Fidesz.

“Using people’s personal data collected so they could access public services to bombard them with political campaign messages is a betrayal of trust and an abuse of power,” says Deborah Brown, senior technology researcher at Human Rights Watch. “The Hungarian government should stop exploiting personal data for political campaigns and guarantee a level playing field for elections.”

Human Rights Watch found that the government repurposed data it had collected from people who signed up for the Covid-19 vaccine, applied for tax benefits, or registered for mandatory membership in a professional association to spread Fidesz’s campaign messages.

For example, people who submitted their personal data to a government-run website to register for the Covid-19 vaccine received political messages intended to influence the elections in support of the ruling party.

The 2022 elections took place after 12 successive years of Orbán governments, which, its opponents claim, have undermined the independence of the judiciary, dominated public institutions, controlled the media landscape, criminalised activities by civil society organisations, and demonised vulnerable groups and minorities.

Several people interviewed by Human Rights Watch said they did not believe they were consenting to receive other government communications when they registered on the vaccine website, and were angered by the use of the registration data for political and electoral campaigning. They said they felt the government had taken advantage of them at a particularly vulnerable time during the pandemic.

A 36-year-old woman from the Budapest metropolitan area said that in the context of the fear and uncertainty caused by Covid-19, when she saw the question about further contact with the government, she had “this feeling that you cannot do otherwise, I have to be vaccinated.… This was not a free choice and that’s why I was so angry.”

Parties across the political spectrum in Hungary, as in other countries, have invested in data-driven campaigning, including building detailed voter databases, running online petitions and consultations to collect data, purchasing online political ads, deploying chatbots on social media, and conducting direct outreach to voters and supporters through robocalls, bulk SMS messaging, and emails. Such tactics have significant implications for human rights, including the right to privacy.

Human Rights Watch found that the opposition parties’ processing of personal data lacked transparency and risked undermining privacy but, unlike with the ruling party, found no evidence that their handling of data created unfairness in the election process.

Hungary should rectify shortcomings concerning the use of people’s data for political campaigns in laws, policies, and practices, Human Rights Watch says. Specifically, it says that it should ensure that legal and institutional frameworks unambiguously prohibit the misuse of administrative resources, including personal data collected from citizens. State institutions such as the judiciary, election administration bodies, and the data protection authority should be genuinely independent, impartial, and insulated from abuse by the ruling party.

“Governments, privacy and election experts, the tech industry and others should ensure that data-driven campaigning does not undermine people’s privacy or their right to participate in a democratic election.”