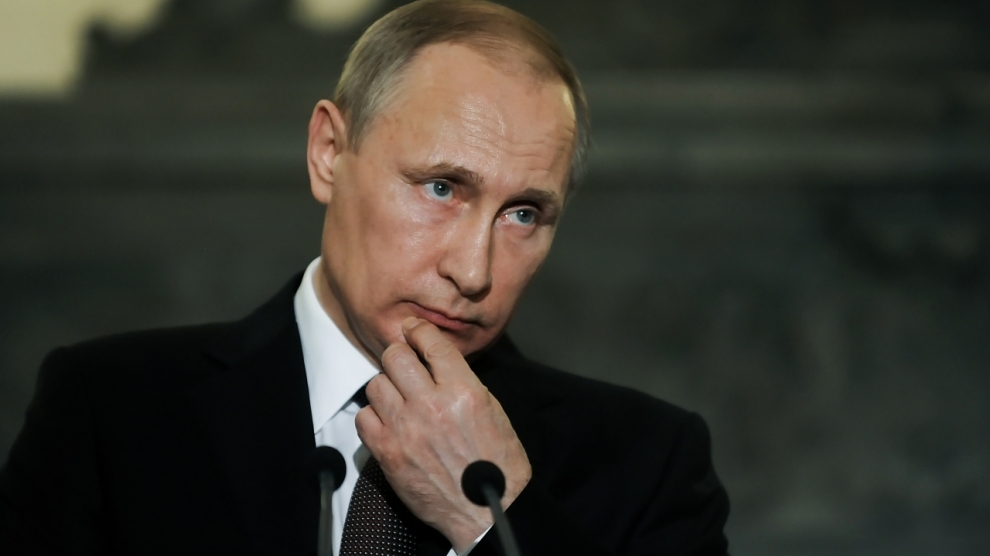 Allies of Ukraine would do well to note that not for the first time, standing up to Vladimir Putin has brought tangible results.

As climbdowns go, it was as about as humiliating as it gets. On November 2, Russian President Vladimir Putin reversed a decision – made less than a week previously – to pull out of a United Nations-brokered deal that allows Ukrainian grain to be shipped through the Black Sea.

Moscow had pulled out of the deal after an attack by Ukrainian airborne and underwater drones on its Black Sea naval base of Sevastopol, in occupied Crimea, in the early hours of October 29.

Russia’s withdrawal had reignited fears over global hunger and high food prices that had been alleviated by the deal.

UN Secretary-General António Guterres warned that if food and fertilisers do not reach global markets now, farmers will not have fertilisers at the right time and at a price they can afford as the planting season begins, endangering crops in all regions of the world in 2023 and 2024, with dramatic effect on food production and food prices worldwide.

Putin’s U-turn came two days after a large convoy of ships moved a record amount of grain in defiance of Moscow’s warnings that it would be “unsafe” without its participation.

Calling Putin’s bluff, cargo ships loaded with more than 354,000 tonnes of grain left Ukrainian ports on the morning of October 31, despite Russia’s warnings, in a move that essentially dared Moscow to use force to stop the flow of wheat for the developing world.

With the world watching, Putin backed down.

Zelensky has, unsurprisingly, been quick to underscore the importance of his victory, claiming that it shows, “both the failure of Russian aggression and how strong we are when we remain united”.

“Implementation of the grain export initiative will continue, Russia’s blackmail has led nowhere,” Zelensky said in his evening address on November 2, adding: “252 days ago, Russia demanded security guarantees from the United States of America. After eight months of Russia’s so-called ‘special operation’, the Kremlin is now demanding security guarantees from Ukraine. These are indeed striking changes.”

Anton Gerashchenko, a senior adviser to Zelensky, was even less diplomatic.

“Putin was once again humiliated. The Kremlin blackmailer once again made himself a laughing stock before the whole world and retreated,” he wrote on Telegram.

The United States also welcomed the restoration of the deal and urged Russia to renew it later this month. It is set to expire on November 19.

Secretary of State Antony Blinken meanwhile reminded Moscow of the “importance of continued adherence to UN-brokered agreements and its commitments to support global food security”.

According to the UN, Ukraine normally supplies the world with around 45 million tons of grain every year. It ranks among the top five global exporters of barley, corn and wheat. It’s also by far the biggest exporter of sunflower oil, accounting for 46 per cent of the world’s exports.

The ramifications of the Kremlin’s latest climbdown go far beyond the grain deal, however. It has made Russia appear weak, and its leader either afraid or powerless to act.

Allies of Ukraine would do well to note that not for the first time, standing up to Putin has brought tangible results.

Russia’s embarrassing climbdown: Emerging Europe this week
Kazakhstan’s pivot towards the West is grabbing the attention of investors
Comment