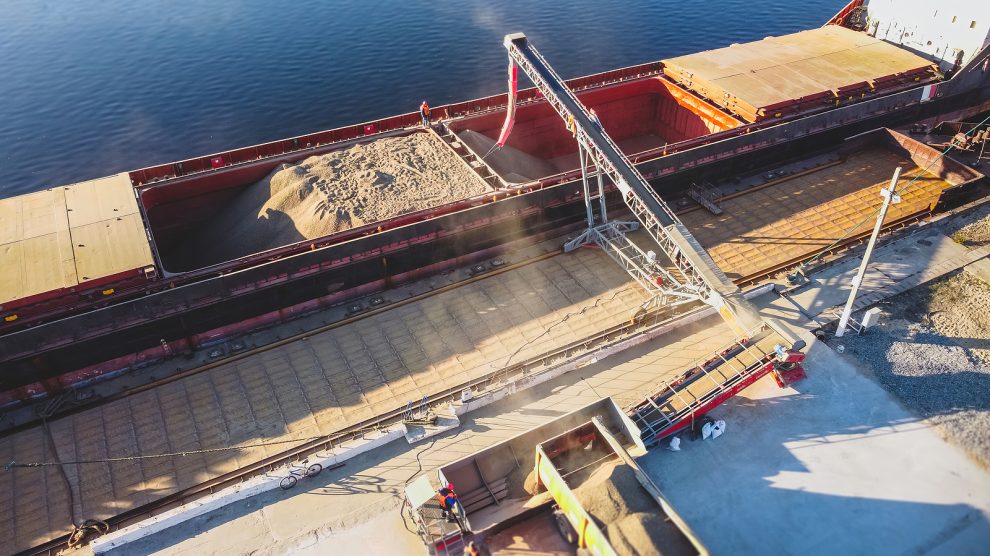 The international community has been quick to condemn Russia for pulling out of a deal that allowed for the export of grain and fertiliser, accusing Moscow of “weaponising” food.

Twelve cargo ships loaded with grain left Ukrainian ports on the morning of October 31, despite Russia pulling out of an agreement that since July has allowed the export of Ukrainian agricultural products to world markets. Many more were expected to follow later in the day.

The move essentially dares Moscow to use force to stop the flow of wheat for the developing world.

Russia pulled out of the UN-brokered deal on October 29 for what it said was an “indefinite term”, saying it could no longer guarantee the safety of civilian ships. Russia claimed that its Black Sea fleet, which it says was “protecting” civilian shipping, had come under attack from drones on Saturday.

The deal had allowed Ukraine to transport more than nine million tonnes of grain and oilseed commodities since July, while Russia had been allowed to export food and fertiliser, helping to bring down global food prices by 15 per cent from their March peak.

Prior to Russia’s invasion on February 24, Ukraine had supplied more than 10 per cent of the world’s wheat.

The international community has been quick to condemn Russia. Josep Borrell, the European Union’s foreign policy chief, said that Russia’s decision “puts at risk the main export route of much needed grain and fertilisers to address the global food crisis caused by its war against Ukraine”.

UN Secretary-General António Guterres warned that if food and fertilisers do not reach global markets now, farmers will not have fertilisers at the right time and at a price they can afford as the planting season begins, endangering crops in all regions of the world in 2023 and 2024, with dramatic effect on food production and food prices worldwide.

“The current crisis of affordability will turn into a crisis of availability,” he said.

According to UN estimates based on a World Bank model, the reduction of prices for staple foods that followed the July deal has indirectly prevented some 100 million people from falling into extreme poverty.

The United States said that Russia was once again “weaponising” food.

“Ukraine has been and can continue to be one of the guarantors of global food security. Russian terror and blackmail must lose. Humanity must win.”

Across Ukraine on October 31, Russia launched a wave of cruise missiles aimed at critical infrastructure, with explosions reported near the capital, Kyiv, and in at least 10 other cities and regions.

The governor of Kyiv, Oleksiy Kuleba, said “massive shelling in the region” had damaged electricity and energy infrastructure. He said residents should expert emergency power cuts. Much of the Ukrainian capital is currently without running water.

In Kharkiv, the metro was forced to halt operations for a time due to power cuts.

Dmytro Kuleba, Ukraine’s foreign minister, said that the latest rocket attacks were proof that, “instead of fighting on the battlefield, Russia prefers to fight civilians”.

Foreign ministry spokesperson Oleg Nikolenko added: “Russia is not interested in peace talks, nor in global food security. Putin’s only goal is death and destruction.”

Fragments from a Russian rocket meanwhile, shot down by Ukrainian air defence, landed in Naslavcea in neighbouring Moldova, damaging some houses, according to Moldova’s interior ministry.