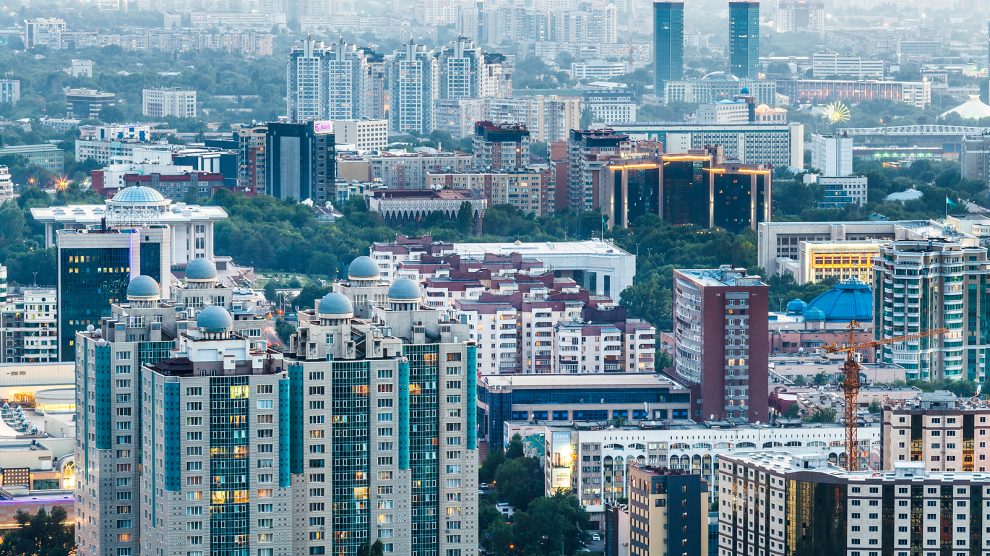 As it tilts towards the West and introduces economic and political reforms, Kazakhstan is increasingly appearing on the radar of international investors.

International investors Franklin Templeton, VPE Capital and Vedra Partners are among a growing number of firms targeting Kazakhstan, according to a major new report.

Economic and political reforms are helping transform sentiment towards Kazakhstan – attracting prominent investors as well as businesses, with satellite company OneWeb and US technology group Honeywell the latest companies to commence operations in the country.

Is Now the Time to Invest in Kazakhstan?, a report from the Chamber of International Commerce of Kazakhstan finds that a robust legal system – including the rule of English Common Law in the Astana International Financial Centre – as well as an industrial and business base diversifying beyond abundant natural resources, underpinned by a young and well-educated population, are making the country ever more investable.

According to the World Bank, while growth in Kazakhstan slowed in the first half of 2022, mainly due to the negative spillovers from the war in Ukraine (reaching 3.4 per cent year-on-year, down from 4.1 per cent in 2021), investment over the same period grew by 3.6 per cent year-on-year as foreign direct investment (FDI) rebounded in the oil and gas sector after two years of decline.

Indeed, FDI in Kazakhstan in the second quarter of 2022 reached 7.58 billion US dollars – its highest level for a decade.

On the supply side, manufacturing, and services both contributed to growth. In 2023-24, GDP growth is expected to accelerate to 3.5 and four per cent (below expectations prior to the war in Ukraine), aided by additional oil coming on stream from the Tengiz expansion project.

In January, Kazakhstan witnessed the largest protests in the country’s history, which were marred by violence and attempts at destabilisation. According to the country’s vice minister of justice, Akerke Akhmetov, who spoke to Emerging Europe in the summer, the government has learned the lesson.

In June, a clear majority of Kazakh voters approved constitutional amendments which it is hoped will speed up reforms. The international community, she added, remains confident in the country’s investment climate.

Recent events, as well as the new Chamber of International Commerce of Kazakhstan report, appear to confirm that.

Last month, Kazakhstan’s deputy foreign minister, Almas Aidarov, told a Kazakh-German business forum that dozens of foreign companies based in Russia were relocating to Kazakhstan, and that hundreds more were considering a similar move.

Nearly 40 of those companies are from Germany, he said.

Kazakhstan has also welcomed Russians fleeing mobilisation. In October, the Kazakh government said that more than 200,000 Russians had entered the country since the draft began, and some 147,000 had since left. No data is available on their final destinations, though some are thought to have headed to neighbouring former Soviet republics.

Roland Nash of VPE Capital adds: “It is a country with enormous potential driven by international trade. Its unique geographical position makes it extremely well placed to take full advantage of the rise of China/Asian trade but also the rapidly growing European demand for the vital commodities Kazakhstan produces.”

“Kazakhstan has always been at the forefront of change in the region, friendly and open to foreign investments and has done exceptionally well at attracting high profile investments from Europe, US, India and Korea amongst others which have made it stand out amongst Central Asian peers.”

There are also more than 4,000 companies with European connections currently operating in the country, and since independence 31 years ago, international investors have injected more than 380 billion into the Kazakh economy – 70 per cent of the total investment flow into the whole Central
Asian region during that period.

Ayuna Nechaeva, head of Europe at the London Stock Exchange, says that as a result of the investment climate improving, “we look forward to higher levels of primary and secondary market activity over the medium and longer term.”