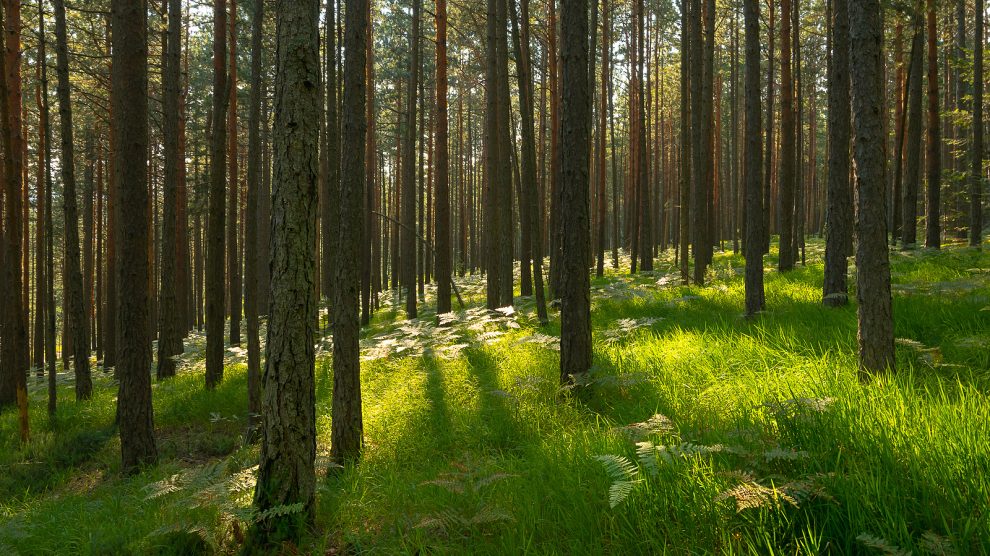 According to data from Serbia’s State Audit Institution (SAI), 87,735 cubic metres of wood were obtained illegally between 2017 and 2019 from state-owned forests.

This data only includes forests under the management of Srbijašume and Vojvodinašume, the two state forest management enterprises. While there is no concrete data, activists point out that the amount of illegal logging in privately held forests is likely to have been even higher.

Forest rangers employed the by state, some 600, only patrol within state forests and private forests are often owned by people who do not live close by. Therefore, much of the illegal logging goes unreported.

“When it comes to illegal activities in nature, illegal logging is the hardest to uncover,” says Dragana Arsić of the Defend the Forests of Fruška Gora movement.

In Fruška Gora, the oldest national park in the country, illegal logging is “traditionally present” according to Arsić.

“There is no official data on the amount of illegal logging. That it exists is an indirect conclusion through the sale of firewood on the black market.”

The consequences of illegal logging are both economic and environmental. According to local media, damages run to millions of Serbian dinars (or tens of thousands of euros) every year.

“The economic damage of illegal logging is significant as it’s a loss for the Fruška Gora National Park as well as the state which loses out on the taxes and fees from the turnover of wood products,” Arsić tells Emerging Europe.

The environmental damage is even greater, however, and is hard to measure in monetary terms.

The destruction of forest ecosystems and biodiversity, erosion, and a reduction in the absorption of carbon dioxide are just a few of the consequences of illegal logging Arsić lists.

Even more pernicious than illegal logging are instances of organised theft, in which – according to Arsić – forest rangers are implicated alongside other employees of state and private companies that the national park has contracts with.

“These illegal forestry activities include highly organised corruption and lead to the sale of high quality logs that end up in sawmills,” she explains.

In Vojvodina, northern Serbia, logging is an especially important issue as the region is one of the least forested in Europe.

Serbia itself, of which 30 per cent of its territory is covered by forests, is well behind the European average of 40 per cent.

What’s more, each year fewer and fewer new trees are being planted. Since 2015, when one thousand hectares were planted, reforestation efforts have lagged, going down to just 600 hectares in 2019, according to SAI data.

“Reforestation has been stalling for a long time, not just over the past four years,” says Aleksa Jeftić, president of the Gorani Movement of Vojvodina.

“Aside from the lack of state policy to solve the issue, climate change is also having a significant impact, endangering saplings which do not get adequate care.”

Legal logging is the real problem

Activists agree that the real problem however is that the main source of financing for the state-owned enterprises that manage the country’s forests is actually commercial logging.

“It should be known that using the forests [for logging] is not just allowed, but represents the basis of their financing. Our national parks are mostly financed from logging,” says Sekulić.

Dragana Arsić confirms that it is legal logging that is also the greatest problem in the Fruška Gora National Park.

“It’s necessary to change the legal framework that allows these natural resources, in protected area, to be economically exploited,” she says.

“This practice represents unsustainable stewardship because nature is being degraded and devastated, biodiversity destroyed and with it all potential benefits to the ecosystem removed. We should be managing these protected areas sustainably and preserving our natural wealth.”

A lack of clear policy is also a major issue.

“With all these issues it’s discouraging that Serbia hasn’t had a strategic document to set clear goals and directions for preserving and renewing forests,” Sekulić says. “A programme for forestry development is currently in the making so we hope that that we will soon have this document that could open the way towards improving the condition of Serbia’s forests.”