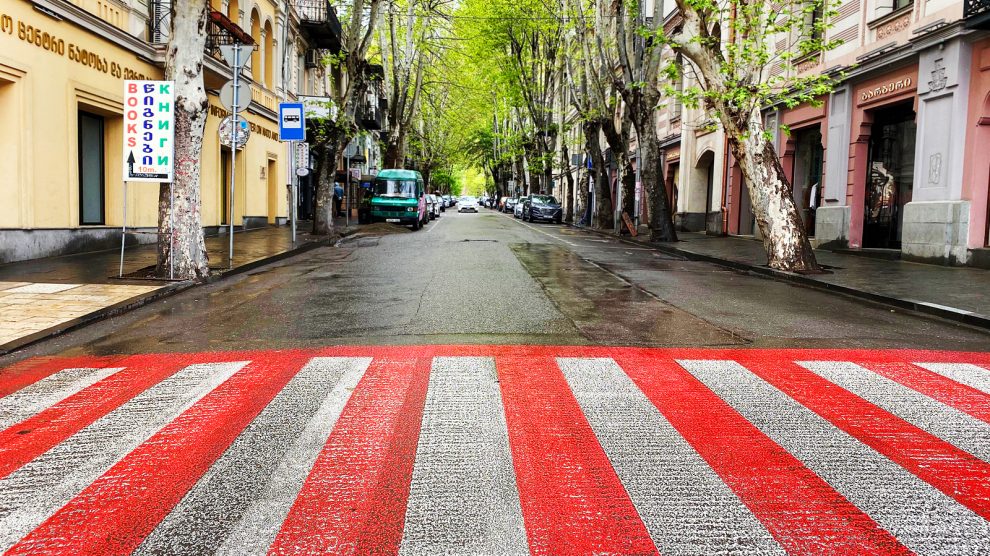 Despite initially handling the Covid-19 pandemic successfully, Georgia is now seeing more per capita cases and deaths than any country in the world.

During the first few months of the Covid-19 outbreak, Georgia was the subject of numerous articles in the international media – including on Emerging Europe – hailing its success at stemming the spread of the coronavirus.

Epidemiologists from across the world were beating a virtual path to Georgia’s door in order to find out how and why the country was so successful (a simple yet effective combination of strict entry restrictions and containment measures).

The situation first started to worsen in November 2020, but only briefly, as the Caucasus country again managed to successfully lower the number of new cases.

After this new phase of effective outbreak management, the Georgian government in the summer decided to ease restrictions.

The decision, however, soon led to a dramatic surge in new cases and by August the country of just under four million people was recording the world’s per capita rate of Covid-19 cases.

The timeline of events that led to the current situation began on June 22, when the Georgian government eased almost all Covid-19 restriction measures despite increasing incidents of contagion and a lack of vaccines.

Nevertheless, a months-long lockdown was ended and the requirement to wear face masks – except on public transportation and overcrowded places – removed.

The easing of restrictions met a mixed response from health experts.

Gamkrelidze urged the Coordination Council, an inter-agency platform headed by the Georgian prime minister to manage the pandemic, to be cautious as the number of new cases showed steady growth.

Regardless, the government pushed ahead with its decision to soften restrictions for the sake of the country’s economy, particularly the tourism sector, as the holiday season approached.

Deputy Health Minister Tamar Gabunia said that the requirement to wear face masks had been lifted as it had become “a formal restriction and in hot weather, people would not wear them”.

Softening restrictions certainly helped in the recovery of the country’s tourism sector. In July 2021, a total of 230,900 international visitors arrived in the country, a 403.7 per cent increase on July 2020.

“Easing restrictions indeed helped to boost the economy,” says Shota Kakabadze, a junior policy analyst at the Georgian Institute of Politics. “On the other hand, not making sure that the minimal restrictions still in place were closely followed resulted in the surge of cases that we are seeing right now.”

“Yet while government had the responsibility to ensure all remaining restrictions were observed, society is also responsible,” he adds. “For example, we still see people holding large wedding parties and including a 10,000 lari [around 2,700 euros] fine in their budget”, he adds.

Georgia has also struggled with its vaccination campaign, initially due to global vaccine inequality: the country only received its first batch of jabs only in mid-March.

The first doses, of the AstraZeneca/Oxford vaccine, were supplied through the international COVAX facility, a UN-initiated vaccine-sharing scheme. The following month, Georgia also purchased Sinopharm jabs from China.

And yet while Georgia has managed to gradually overcome the issue of vaccine supply, it still has a startlingly low vaccinated rate.

As of September 1, only 22 per cent of Georgians have been vaccinated with at least one dose. Furthermore, the government failed to come up with a timely, coherent and effective vaccine information campaign.

According to some experts, including Mamuka Machaidze, a doctor at Johns Hopkins University in the US, the information campaign was started too late, which led to greater public scepticism.

In addition, when the first vaccine shots arrived in March, only 0.05 per cent of Georgia’s medical personnel registered for vaccination, which could have impacted public perception towards vaccines.

The latest International Republican Institute (IRI) public opinion poll, released in June 2021, suggested that around 45 per cent of Georgians do not want to get a shot no matter the circumstances, while an additional seven per cent will get vaccinated only if required by the law or by their employer, indicating that a majority of Georgians are disinclined toward vaccination.

“What we are also observing is that while major urban centres are performing well now that vaccines are available, the population in rural areas still lacks basic information about availability, safety or even that they are free of charge. Authorities have now started addressing some of these issues and are trying to reach out to these rural areas. It might be late, but better late than never”, Kakabadze tells Emerging Europe.

Public distrust towards vaccination is further exacerbated by the stance of the Georgian Orthodox Church.

According to IRI’s June 2021 poll, 88 per cent of Georgians held a favourable opinion of Georgia’s Orthodox Patriarch Ilia II. In the same poll, 80 per cent of respondents stated that they trusted the Georgian Orthodox Church.

As the church holds immense influence over a large part of Georgia’s population, any narrative from church officials, regardless of their content, has the potential to shift the behaviour of the public.

Since the first batch of doses arrived, the Georgian Orthodox Church has demonstrated significant hostility towards Covid-19 vaccines and has been actively pushing anti-vaccination messages through social media platforms such as Facebook, YouTube and online news outlets.

“The church has a tremendous influence on Georgian society and its positioning on these subjects’ matters,” says Kakabadze. “The fact that the Patriarch is not vaccinated (at least there is no information available that he is), that he has never appeared in public wearing a face mask, as well as the fact that the position of the Patriarchate was very ambiguous regarding vaccines, does play a role.”

This disinformation has consequences. According to Statista’s manually calculated figures, as of September 1 Georgia recorded more deaths per million residents over the previous seven days than any other country in the world.

Some restrictions are now back in place. Public transport in all major cities has been halted until at least September 14.

And while the number of people dying each day remains between 50-70, cases have already begun to show a slight downward trend.

Kakabadze believes that while the spread seems to be slowing down, he is not certain about whether this is due to the new restrictions or is merely the “natural flow of events as Covid-19 cases tend to come into waves”.

“Time will tell,” he says. “The Georgian authorities need to boost the vaccination campaign, especially in the regions, introducing more mobile vaccination stations that will travel across the country. It needs to engage with anti-vaccination propaganda and reach out to those segments of the population which do not use the internet regularly and do not have access to reliable information.”

Illegal logging is not the only problem facing Serbia’s forests
Poland’s state of emergency: Emerging Europe this week
Comment