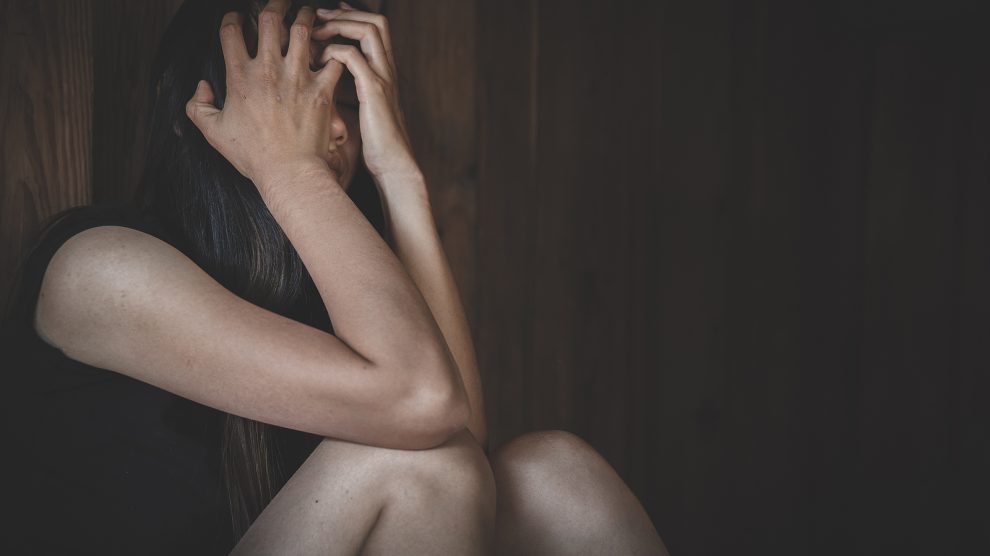 The long-overdue criminalisation of domestic violence in 2017 was a major step in the right direction for Ukraine. Progress since then however has been limited.

Ukraine is in an odd position when it comes to gender equality. Ukrainian women earned the right to vote, divorce and have abortions in 1917 – decades before the same rights were enshrined by law in many other countries.

Today, however, Ukraine is lagging behind much of Europe. Antiquated beliefs about women – such as beauty and motherhood being the highest female virtues – continue to abound among the population, often fuelled by conservative religious sentiment.

Arguably the most damaging of these beliefs is the notion that domestic violence is a personal matter.

Until 2017, perpetrators of domestic violence could, at most, face only administrative sanctions – essentially the equivalent of a parking ticket – usually small fines worth the equivalent of 10 to 15 US dollars. Police were regularly reported to be unwilling to help victims, even those who repeatedly made emergency calls.

“This is still widely seen as a personal matter, something to be resolved within the family without state interference,” says Kateryna Cherepakha, president of La Strada Ukraine, an NGO dedicated to helping victims of human trafficking and domestic violence.

“This attitude needs to be changed – people must recognise this as a broader societal problem.”

The long-overdue 2017 bill which finally criminalised domestic violence was a welcome development. Under its statutes, “systematic physical, psychological or economic violence” were made a criminal offence. Penalties can range from community service of at least 150 hours to a five-year prison sentence.

Police were also granted the right to issue on-the-spot restraining orders, albeit valid only for 10 days.

Darya, a lawyer specialising in women’s rights issues and gender-based violence, who asked that her surname be kept confidential, believes that the passing of the law has emboldened victims to report domestic to the authorities.

“Before, there was not just a lack of trust in the police to handle such cases, but also a lack of substantial sanctions against perpetrators of domestic violence. Since the passing of the law, there have been significantly more police reports filed for domestic violence, which is an encouraging sign. This includes reports filed by men and children.”

That there have been more police reports filed does not necessarily indicate that domestic violence rates themselves have gone up, but rather, suggests Darya, that victims are more comfortable in the ability of the state to effectively handle such incidences.

The law is sometimes not enough

Kateryna Cherepakha agrees that the law is “adequate”.

“There is definitely now well-developed legislation on domestic violence,” she says. However, she says that as long as old attitudes and beliefs remain entrenched among the Ukrainian public and individual members of the police and judiciary, legislation can only go so far.

“You can have the perfect law, but if you don’t have the right perception of the problem, you can hardly expect the law to be effective,” she tells Emerging Europe. “To be effective, there needs to be an improvement in approach and practice.”

As with many other issues in Ukraine, there is a substantial economic aspect at the heart of the problem: victims of domestic abuse are often stuck in abusive relationships due to a lack of financial resources.

This affects women in particular, especially in countries like Ukraine, where outdated ideas about gender roles persist. This is unlikely to change without reforms to the economic inequality that enables and intensifies domestic violence.

Darya believes that the state has more work to do to tackle the problem than simply passing a law.

“There need to be more shelters for victims, and better training for police and social workers to adequately handle cases of domestic violence.”

The word “systematic” in the legislation is another problem. It suggests that abuse would have to be particularly egregious and sustained for a perpetrator to see any prison time. This idea has been reinforced by the application of the law since 2017.

Another major point of contention is Ukraine’s response to the Council of Europe’s Istanbul Convention, which aims to synchronise European approaches to the prevention of domestic violence. Although Ukraine signed onto the convention in 2011, it has yet to ratify the treaty.

This is not unique in Central and Eastern Europe. Czechia, Slovakia, Latvia, Lithuania, Bulgaria and Armenia have all failed to ratify the convention, despite being signatories. Russia and Azerbaijan declined to sign onto the treaty at all.

As with those other countries, it is a mix of far-right groups, ultraconservative religious organisations and conservative political parties which have opposed the implementation of the Istanbul Convention in Ukraine.

The Council of Europe has been accused of using the convention to further the cause of “non-traditional lifestyles” and “gender ideology” in Central and Eastern Europe, and of imposing “western” values on non-western countries; this despite the fact that the Istanbul Convention is entirely focused on the prevention of all forms of violence against women.

As such, the passing of the 2017 law was seen as something of a compromise between non-ratification and addressing the problem. However, the fact that Ukraine is yet to ratify the convention betrays much about the deep-rooted societal perspectives which allow the problem to proliferate.

The Covid-19 pandemic and the accompanying lockdowns saw a major spike in domestic violence around the world, and Ukraine was no exception. La Strada Ukraine runs a toll-free hotline for victims of human trafficking and domestic abuse: according to Katerina Cherepakha, in 2020, some months saw a threefold increase in calls to the hotline compared to previous years.

As such, with new lockdowns possibly on the horizon, the situation may yet get worse before it gets better.

“We can definitely can say there are positive developments,” concludes Cherepakha. But ending [domestic violence] still needs a lot of effort, a lot of time, and a lot of patience.”

Central and Eastern Europe’s spacetech start-ups are ready for launch
Ljubljana, CEE’s most cycling-friendly city, is a model for others to follow
Comment