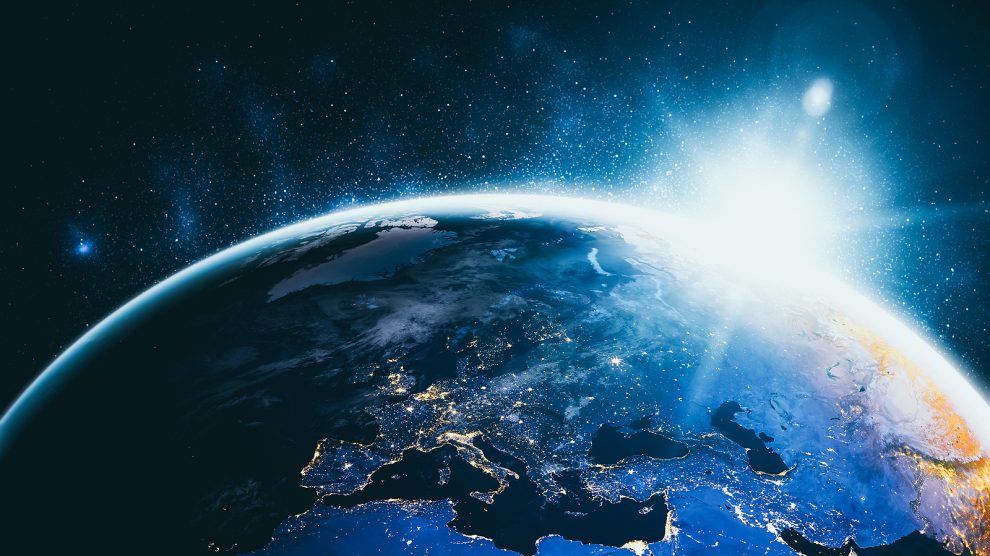 Spacetech is the next frontier for start-ups around the world as the private sector steps into a field once dominated by governments. How are the spacetech players from Central and Eastern Europe shaping up?

These are early days, but several start-ups across Central and Eastern Europe increasingly look as though they have much to offer in the booming field of spacetech.

From Bulgaria to Estonia, the region’s pre-eminent spacetech start-ups are now firmly on the radar of international investors, keen not to miss out on the opportunity to enter a sector that while still in its first stages of growth, promises a great deal.

“Based on the number of spacetech companies applying to aerospace accelerators or pitching their solutions in different competitions, I would say the ecosystem [in Central and Eastern Europe] is growing,” says Silver Lodi, the CEO of Spaceit, an Estonian start-up which offers Mission Control as a Service (MCS), a one-stop solution for satellite operations.

Lodi tells Emerging Europe that one of the reasons the space industry has not been particularly attractive for start-ups until now is its unique know-how and high entry barriers, that have made it the exclusive domain of larger countries and big global firms.

Meanwhile, Europe as a whole has lagged behind the United States in private spacetech solutions.

“Europe, for the longest time, felt like it was falling behind in the new space tech race. While there were start-ups sprouting up in places, a cohesive plan for the European Union was not forthcoming,” explains Jovana Durović, editor-in-chief at Homegrounds.

This is now changing, however.

In June, the EU launched a space programme which will cover the period to 2027 and will see the bloc’s 27 member states deepen investments in satellite navigation, Earth observation, space situational awareness and secure communications, among other activities, with funding of close to 15 billion euros.

“All of this points to Europe identifying a unique niche in spacetech. Start-ups like EduroSat in Bulgaria and SpaceIt have the potential to make it big, and with the increased attention their growth is a near guarantee. First movers in any new space always have the advantage, and – no pun intended – the same holds true for space,” Durović says.

Romania’s ARCASpace, which develops the cost-effective and responsive space launchers for commercial access and space exploration, and SpaceKnow in Czechia, which tracks global economic trends from space, are two more examples of CEE companies blazing a trail in space tech.

Adam Niewinski is co-founder and general partner at OTB Ventures, a VC company investing in the CEE region. He says that the new space industry is still at an early stage and that the region could be well placed to benefit.

“The only thing that the region is actually missing is a more innovative and open minded approach from private and state controlled companies,” he tells Emerging Europe. “Global corporations are already actively using satellite data in the US or China and it should hopefully also become a standard for Europe.”

So are start-ups in the private sector the key to unlocking the region’s potential? Jim Cantrell, the CEO of Phantom Space and a member of the founding team of SpaceX, thinks so.

Cantrell believes that Central and Eastern Europe may even have an advantage over the western part of the continent given a lack of regulatory pressure on start-ups in the spacetech sector.

“Western Europe still operates a government-modelled strategy, so it still has the stench of nation-state dominance. I don’t see it being particularly competitive in the long run,” Cantrell tells Emerging Europe.

Where CEE does falter somewhat is in capital formation. By now a well-known issue in general for the start-up ecosystem is that the VC scene in CEE cannot be compared with its counterpart in the United States.

“There’s really no barrier to the global flow of capital, it can come from China, Europe, the US, from the Middle East. But you have to start with the seed of innovation and have an ecosystem of angel investors and entrepreneurs,” he says.

In Poland, state and private sector come together

But with all the talk of the private sector and entrepreneurship, it’s easy to overlook the role that governments can and do play in the sector. The Polish example is indicative of what can happen when government and the private sector come together to jump start the spacetech sector.

“Since Poland became a European Space Agency (ESA) member state in 2012, and we have seen a significant increase in the number of companies interested in space solutions – either in providing technology based on satellite data or developing instruments for space missions,” says Jakub Stelmachowski, an expert at the Polish Space Agency.

He adds that in the early 2010s there were fewer than one hundred companies in the Polish space sector. In 2020, there were 330.

Included among these are Creotech Instruments, which manufactures space equipment and SatRevolution, the first Polish company building both private and commercial satellites from scratch.

“There are a couple of reasons for this fast growth, with the most significant being the dedicated ESA programme for Polish companies – PLIIS (Polish Industry Incentive Scheme) – that helped to distribute over 65 million euros for research and development programmes,” Stelmachowski explains.

An example of the private sector and the government working together is the Cosmic Hub, a join initiative by the Polish Space Agency and the Cambridge Innovation Centre, which aims to be a hub for spacetech start-ups in the country.

There is also the ESA BIC (Business Innovation Centre) Poland, set to launch this year and offering selected start-ups both funding and technical support.

“The next five years could be a breakthrough period for the space tech industry in Poland. The combined efforts of industrial hubs, national players, ESA BIC, the ESA technological broker and the business applications ambassador office will increase the visibility of companies already active in the space field in Poland and will also attract new entrepreneurs,” Stelmachowski says.

What’s clear however is that although these are early days the new space industry, there’s a lot of potential in the CEE region, and VCs are taking a real interest.

“The new space industry is a global business, and is certain to grow strongly in the coming year,” Adam Niewinski tells Emerging Europe.. “Central and Eastern Europe has a long history of innovation and a wealth of innovative engineers, so I’m positive that CEE will play a key role. We will see more companies from the region becoming important players on the international scene.”