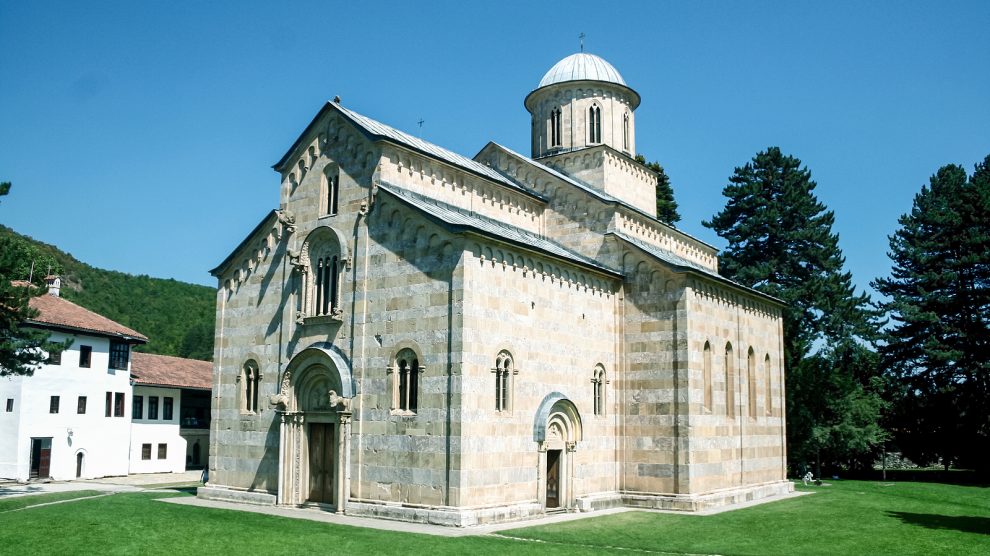 Dialogue between Serbia and its former province of Kosovo is at a standstill, with no movement since last year when both sides signed agreements with the United States regarding economic normalisation.

Kosovo officials have in recent weeks made a number of controversial claims and demands of both Serbia and international institutions such as UNESCO, signs that the country is taking a tougher stance in negotiations – currently stalled – with its neighbour.

In early May, the Kosovo government said it would pursue charges of genocide against Serbia at the International Court of Justice (ICJ). Later in the month, Prime Minister Albin Kurti, President Vjosa Osmani, and Parliamentary Speaker Glauk Konjufca sent a letter to UNESCO asking that four Serbian monasteries to be removed from a list of world heritage sites in danger.

The National Museum of Kosovo has also asked for the return of more than 1,200 artefacts taken from Kosovo which are now in Serbia, “borrowed” – according to Serbia – between 1998 and 1999.

Of the three claims, the return of the artefacts is the most well-founded, as their return is mentioned in the so-called Ahtisaari Plan, drawn up by then UN Special Envoy Martti Ahtisaari in 2007 as a compromise that offers Kosovo Albanians independence, and Kosovo Serbs extensive rights, security and privileged relations with Serbia.

Serbia, however, has never signed it.

All three events follow resolute statements Ms Osmani, made both before and after the most recent elections in Kosovo, saying that “justice will be done only when Serbia repents”.

They also prompt the question: Is Kosovo taking a harder stance in its position toward Serbia, and what could that mean for the continuation of dialogue between Europe’s newest nation and a country that still sees Kosovo as part of its own territory?

Experts Emerging Europe spoke to broadly agree that the proclamations made over the last few weeks, especially the idea of the genocide lawsuit, are mostly made for populist reasons, and meant for internal consumption.

Dr Zijad Bećirović, director of the Ljubljana-based International Institute for Middle East and Balkan Studies (IFIMES) says that what is happening in a Kosovo is a “succession of generations on the political scene”.

“Which should mean that Kosovo has received modern politicians turned towards the future. They are expected to show that,” he says.

On the issue of the possible genocide case at the ICJ he says that legal experts have called into question is prospects for success.

“Properly dealing with the past, such as crimes committed, is necessary for all post-conflict societies. Sadly, no state in the region can boast about that,” Dr Bećirović tells Emerging Europe.

Milica Andrić Rakić, project lead at the New Social Initiative based in Kosovska Mitrovica says there is a continuity in what Ms Osmani and Mr Kurti are saying but doesn’t believe there is a hardening in their policy towards Serbia.

“The newest statements got more attention because this time they come from officials rather than opposition politicians,” she explains. “When it comes to the genocide suit, that’s not a new thing. In May 2019, the Kosovo National Assembly adopted a resolution on genocide, and before that [former president] Hashim Thaçi was speaking about the same lawsuit.”

Dušan Janjić, director of Belgrade-based Forum for Ethnic Relations, also points out that there is a continuity in Kosovo’s policies. According to him, the issue of genocide is tied to the idea of war reparations.

“It’s something that Mr Kurti has been talking about for the last twenty years,” he says.

“However, this isn’t on the agenda of the international community when it comes to Kosovo nor is it a part of what one may call ‘full normalisation’.”

On the issue of the monasteries, which belong to the Serbian Orthodox Church, experts believe the background is Kosovo’s desire to become a member of UNESCO. In the agreement signed last year with the United States, Kosovo pledged to stop applying for membership of international organisations for one year. That year will soon expire.

“I think it’s a campaign before making the request to vote on Kosovo’s UNESCO membership. Mr Kurti and Ms Osmani want to show they are resolute and cannot be stopped but essentially their goal is UNESCO membership,” says Mr Janjić.

In addition to asking for the four monasteries to be removed from UNESCO’s danger list, Kosovo officials have also asked the organisation to stop referring to them as “Serbian” monasteries and start using the descriptor “Kosovan”.

Visoki Dečani (pictured above), a monastery in the region of Metohija, is the flashpoint of the discussion about Kosovo’s obligations towards the Serbian Orthodox Church which are outlined in the Ahtisaari Plan that forms much of the basis for Kosovo’s constitution.

“The Kosovo government has for the last five years ignored the decision of the constitutional court as well as demands from the NATO Quint to return the 24 hectares of land to Visoki Dečani,” explains Dr Bećirović.

Kosovo officials have also reacted negatively to the recent decision of Europa Nostra, an NGO partner of UNESCO, to place the monastery on its list of the seven most endangered sites in the world.

“What the letter to UNESCO and Europa Nostra have in common and the attitude towards Serbian Orthodox Church and its heritage is they go deep into identity issues that are extremely emotional for the Serbian people,” says Ms Andrić Rakić. “I believe the Kosovo side thinks they could affect the Serbia side that way and succeed in their goal — delaying the dialogue.”

“In 2015 the dialogue already ‘fell apart’ on questions of identity when the issues of the Ibar River Bridge and the Community of Serbian Municipalities and Kosovo’s attempt to join UNESCO were started at the same time. Maybe Mr Kurti is hoping for the same effect now.”

In the end, Dr Bećirović points out that the only way forward is for a resumption of dialogue between Prishtina and Belgrade.

“Kosovo is not on a diplomatic offensive, the difficult internal political situation is chaotic which makes dialogue difficult. US president Joe Biden said a compromise solution is necessary, so the world ‘compromise’ is already institutionalised within the dialogue itself.”