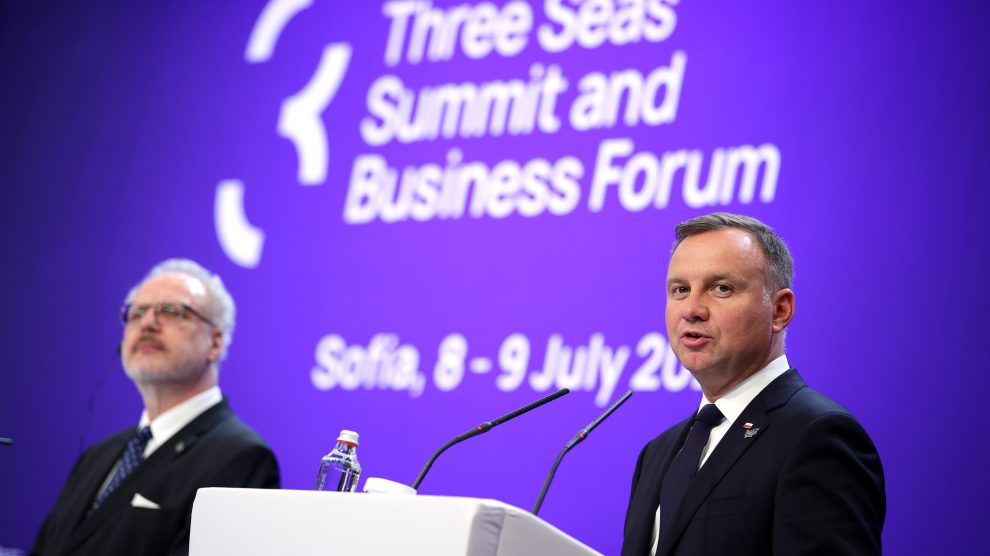 Opportunities to strengthen the Transatlantic alliance and engage with 12 EU partners makes the Three Seas Initiative an attractive proposition for the UK.

The report, commissioned by Conservative MP Daniel Kawczynski and set to be published this week, also finds that the 3SI – of which the US is currently the major external partner – needs “significant political and economic support”.

The report highlights 3SI’s successes since its inception in 2016, including the development of a commercial 3SI Investment Fund and a plan for 77 priority infrastructure, energy and digital projects.

3SI has also hosted six inter-governmental summits attended by senior officials from the United States, the European Commission, Germany – as well as the UK.

“The Three Seas Initiative is especially important within the context of post-Brexit engagement with EU partners,” says Kawczynski. “The UK should further engage with 3SI, to counter the growing influence of Moscow and Beijing in the region in the context of energy security and infrastructure investments.”

The 3SI covers nearly 30 per cent of the EU’s territory and is the home to over 112 million people across the 12 participating states (Austria, Bulgaria, Croatia, Czechia, Estonia, Hungary, Latvia, Lithuania, Poland, Romania, Slovakia, and Slovenia).

Before the Covid-19 pandemic, the Initiative’s territory had seen the fastest rate of economic growth in Europe – with Romania, Hungary, Estonia, Poland, and Lithuania leading the bloc.

“To thoroughly understand such a dynamic group of countries, my team and I conducted discussions with all twelve 3SI ambassadors in the UK and specialists in the region,” says Kawczynski. “All 12 ambassadors underlined the strategic objectives of the initiative – stimulating economic growth, developing north-south infrastructure corridor, and levelling regional disparities in Europe.”

The report says that all twelve ambassadors emphasised that the Three Seas Initiative is not an alternative to the EU – nor is it an attempt to recalibrate or duplicate the current system of the European political order.

The 3SI predominantly serves an economic purpose to intensify regional cooperation and interconnectivity. However, a number of ambassadors also unpacked the initiative’s geopolitical implications, especially within the context of Russia and China.

In terms of the former – increasing liquified natural gas (LNG) supplies from the United States via the 3SI framework strategically balances against Russia’s growing energy dominance in Europe via infrastructure projects such as the Nord Stream 2 pipeline.

Regarding China, the report states that for Washington – as well as Tokyo – the 3SI partnership may act as an instrument challenging Beijing’s rapidly growing entrenchment in CEE via rival investment platforms, namely the 17+1 Initiative.

For the United Kingdom, the report concludes that the Three Seas initiative is not only a project that could accommodate its new post-Brexit global strategy, but also act as a strategic hub of 12 capitals that share London’s vision for a stronger Transatlantic alliance, economic cooperation and development, and multilaterally shaping the international order of the future.

According to the UK Minister for the European Neighbourhood and the Americas, Wendy Morton, “the UK government supports the aims of the Three Seas Initiative, which align closely with our own: building back better, addressing the drivers of climate change, and addressing our shared geopolitical challenges.”

She adds that “the UK continues to explore options for deeper engagement with both the initiative and its fund, including sharing expertise on areas of UK excellence on digital, infrastructure, and clean energy.”