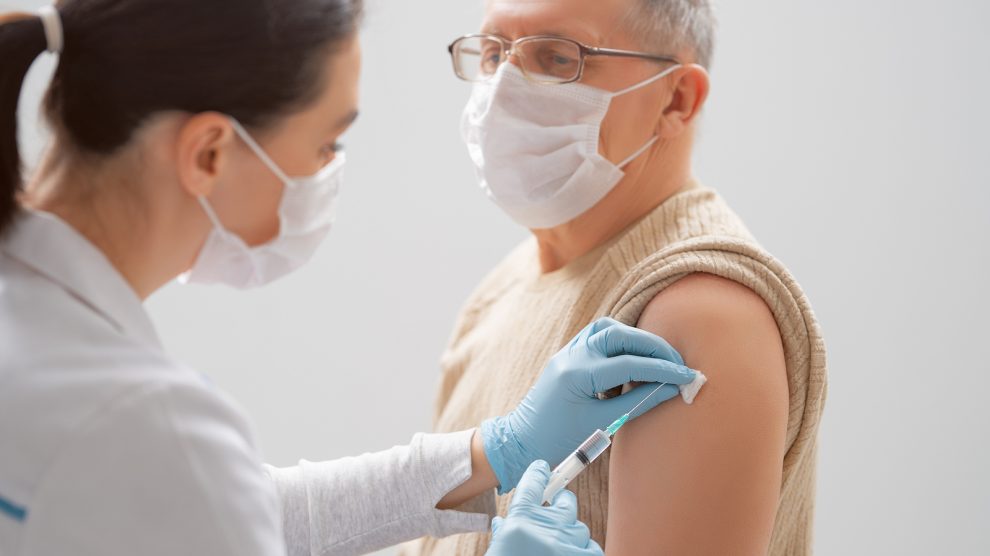 Tens of thousands of Bosnians and Macedonians have taken up Serbia’s offer of Covid-19 vaccination. Serbia’s prime minister has defended the policy of sharing the country’s vaccines, saying that they would have otherwise been wasted.

Thousands of people, dubbed “vaccine tourists”, have flocked to Serbia over the past two weeks to be vaccinated against Covid-19, at a time when the country’s health authorities are finding it more and more difficult to promote vaccination among locals.

According to the Serbian media, some 20,000 foreign citizens, mostly from other Western Balkans countries, were jabbed in Serbia during the last two weeks of March.

Serbia’s vaccination campaign began strongly, and the country remains a world leader based on the number of doses administered per 100 people. However, the vaccination drive in the country is losing its momentum.

So far, around 2.6 million jabs have been given to Serbian citizens, out which just over one million were second doses.

On April 5, a further 500,000 doses of the Chinese Sinopharm vaccine arrived in the country, with Serbian President Aleksandar Vučić welcoming the delivery personally and telling reporters that a further 13 million doses of various vaccines are due to arrive in the coming months.

Serbia’s often maligned “multi-polar” approach to vaccine diplomacy has so far worked in its favour. Thanks to the country’s relations with China and Russia, Serbia was able to secure around 15 million doses of vaccines: the country’s population is just under seven million. It has mostly ignored the COVAX mechanism.

Additionally, since Serbia is not yet an EU member, it has not had to wait for the European Medicines Agency to approve the Russian Sputnik V or the Chinese Sinopharm jab.

In other Western Balkans countries, mass immunisation has not yet started in earnest.

Early in the pandemic, countries in the region took the decision to rely primarily on the COVAX mechanism, which is meant to ensure the swift and equitable distribution of vaccines across the globe.

COVAX delivery however has slow. Bosnia and Herzegovina has begun seeking vaccines elsewhere, and is expecting to receive around 120,000 Pfizer jabs from Austria and 380,000 doses of the Astra Zeneca vaccination from Poland.

Despite their privileged access to vaccines however, only around a quarter of Serbians eligible to receive the vaccine have so far taken up the opportunity to do so, according to official sources. The news agency AFP has reported that the number of vaccination being carried out in Serbia per day has dropped to 12,000 — almost half the number for February.

Amid all this, Serbia has taken the unusual step of offering up jabs to foreign citizens and migrants who are in the country. Even before the policy became official, there had been reports that some foreign citizens were able to schedule the jab through the Serbian eGovernment portal by using a local phone number.

As such, tens of thousands have people – primarily from Bosnia and Herzegovina and North Macedonia – have poured across their borders with Serbia, causing long waits at checkpoints. Some have scheduled a jab through the eGovernment portal but many are coming without an appointment.

While the move has been controversial in some quarters, especially with doctors in the United Against Covid NGO, which has fiercely criticised the official Serb response to the pandemic, Prime Minister Ana Brnabić has defended the decision.

According to the PM, Serbia had some 25,000 doses of the Astra Zeneca vaccine that would have expired by the beginning of April, and – had they not been administered to foreign citizens – might have been wasted.

However, on April 4, Ms Brnabić said that for the time being, the immunisation of foreign citizens would be discontinued.

Meanwhile, Serbia is facing problems with anti-vaccination sentiment on the rise. On April 3, several hundred people gathered at the Monument of Stefan Nemanja in Belgrade to protest coronavirus restriction measures and ask for the country’s Covid-19 crisis body to be dissolved.

PM: Anti-vaxxers are a serious threat

Ms Brnabić has called the anti-vaxers a “serious threat” to national security. Recently, the police detained five anti-vaccination “activists” including Dr Jovana Stojković, a psychiatrist, and prominent anti-vax personality. The five were charged with causing panic and disorder.

Officials in Serbia have been pleading with citizens to get vaccinated. In addition to scheduling an appointment, there were vaccination points around the country where people could just come and get jabbed on demand. Now, the government has announced it will soon launch a bot on the messaging platform Viber that will be able to make appointments for vaccination.

But, as some analysts note, mistrust over the jabs may not just be down to the anti-vaccination movement. A survey conducted by Balkans in Europe Policy Advisory Group (BiEPAG) in October revealed that more than half of those questioned in the region said they don’t want the vaccine.

“They [Serbian citizens] don’t trust the way the state is communicating about the vaccines,” BiEPAG’s researcher and Balkan expert Florian Bieber told AFP.

Mr Vučić has also called on the Serbian people to get jabbed, and on April 6 he finally received the Sinopharm jab himself.

“We have to hurry with vaccination, we lost a lot of wonderful, good, and hardworking people in the pandemic,” he said.

Despite the drop in interest, the government is also in talks with both China and Russia to produce the Sinopharm and Sputnik V vaccines in Serbia.