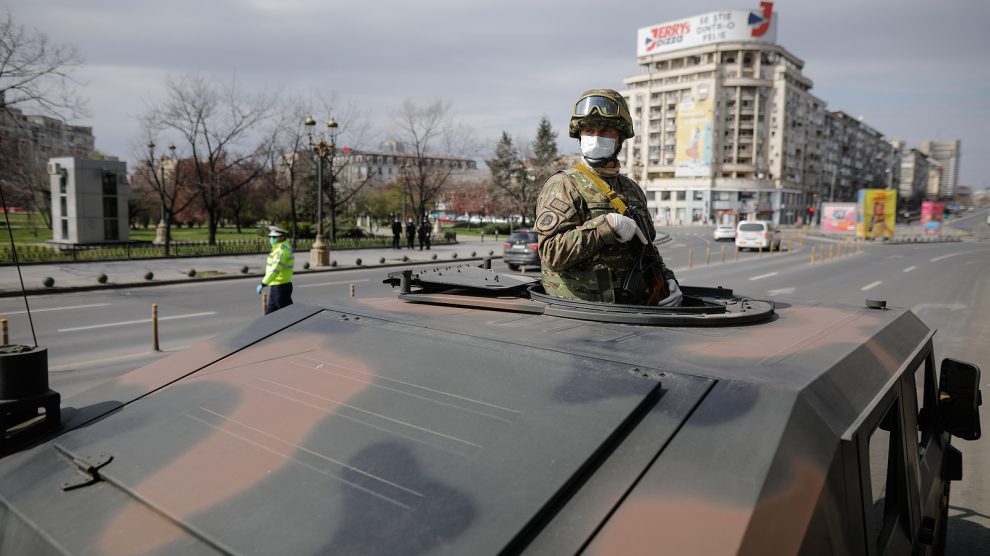 Governments across the world have used the Covid-19 pandemic as a smokescreen for power grabs, clampdowns on freedoms and a pretext to ignore human rights obligations, says Amnesty International in its annual report. Emerging Europe and Central Asia are no exceptions.

Government responses to Covid-19 threatened a wide range of rights in Europe and Central Asia and exposed the human cost of social exclusion, inequality and state overreach, the human rights watchdog Amnesty International claims in its annual report, published on April 7.

Many governments also used the pandemic as a smokescreen for power grabs, clampdowns on freedoms and a pretext to ignore human rights obligations, Amnesty adds.

In a number of countries, governments continued to erode the independence of the judiciary.

In Poland for example, parliament adopted a new law prohibiting judges from questioning the credentials of judges appointed by the president at the Disciplinary Chamber of the Supreme Court.

The state initiated disciplinary proceedings in August 2020 against 1,278 judges who had asked the Organisation for Security and Co-operation in Europe (OSCE) to monitor the presidential election.

Despite a decision by the Court of Justice of the EU (CJEU) requiring the Polish government to immediately suspend its new system of disciplinary proceedings against judges, the authorities refused to implement this ruling.

Contested presidential elections in Belarus meanwhile provoked a human rights emergency in which all semblance to the right to a fair trial and accountability was eroded: not only were killings and torture of peaceful protesters not investigated, but authorities made every effort to halt or obstruct attempts by victims of violations to file complaints against perpetrators.

Elsewhere, unresolved conflicts in the region negatively affected freedom of movement and rights such as to health, and the armed conflict between Armenia and Azerbaijan in the disputed region of Nagorno-Karabakh saw all sides use banned cluster munitions on civilian areas.

These caused civilian deaths, injuries and widespread damage to civilian areas. Cluster munitions banned under international humanitarian law were deployed on Stepanakert/Khankendi, the capital of Nagorno-Karabakh, and on the city of Barda in an area under Azerbaijan government control.

Amnesty also says that both Azerbaijani and Armenian forces committed war crimes including extrajudicial execution, torture of captives and desecration of corpses of opposing forces

The Europe and Central Asia region was hit hard by the pandemic, with some 27 million cases and 585,000 deaths in the region by the end of 2020, amounting to close to a third of the global total.

Numbers may well have been higher due to under-reporting, which, in some cases – such as Turkmenistan – was deliberate.

Government responses to the pandemic varied dramatically, as did the quality of health care and data collection. This led to vastly differing reported rates of infection and death.

“Covid-19 has brutally exposed and deepened inequality both within and between countries, and highlighted the staggering disregard our leaders have for our shared humanity,” says Agnès Callamard, Amnesty International’s new secretary general. “Decades of divisive policies, misguided austerity measures, and choices by leaders not to invest in crumbling public infrastructure, have left too many easy prey to this virus.”

“We face a world in disarray. At this point in the pandemic, even the most deluded leaders would struggle to deny that our social, economic and political systems are broken.”

The report also paints a dismal picture of the failures of global leaders whose handling of the pandemic has been marked by opportunism and total contempt for human rights.

“We’ve seen a spectrum of responses from our leaders; from the mediocre to mendacious, selfish to the fraudulent. Some have tried to normalise the overbearing emergency measures they’ve ushered in to combat Covid-19, whilst a particularly virulent strain of leader has gone a step further. They have seen this as an opportunity to entrench their own power. Instead of supporting and protecting people, they have simply weaponised the pandemic to wreak havoc on people’s rights,” adds Callamard.

Authorities passing legislation criminalising commentary related to the pandemic has been a presiding pattern.

In Hungary for example, Prime Minister Viktor Orbán’s government amended the country’s criminal code, introducing prison sentences of up to five years for “spreading false information” about Covid-19 for example.

Governments also took insufficient measures to protect journalists and whistle-blowers, including health workers, at times targeting those who criticised government responses to Covid-19. This was the case in Albania, Armenia, Belarus, Bosnia and Herzegovina, Hungary, Kazakhstan, Kosovo, Poland, Serbia, Ukraine and Uzbekistan.

In Tajikistan and Turkmenistan, medical and essential workers did not dare speak out against already egregious freedom of expression restrictions.

“We are at a crossroads. We must release the shackles that degrade human dignity. We must reset and reboot to build a world grounded in equality, human rights, and humanity. We must learn from the pandemic, and come together to work boldly and creatively so everyone is on an equal footing,” says Callamard.

Conflict in Nagorno-Karabakh is far from over
Czechia, Hungary begin to ease Covid-19 lockdown. Too early, say some
Comment