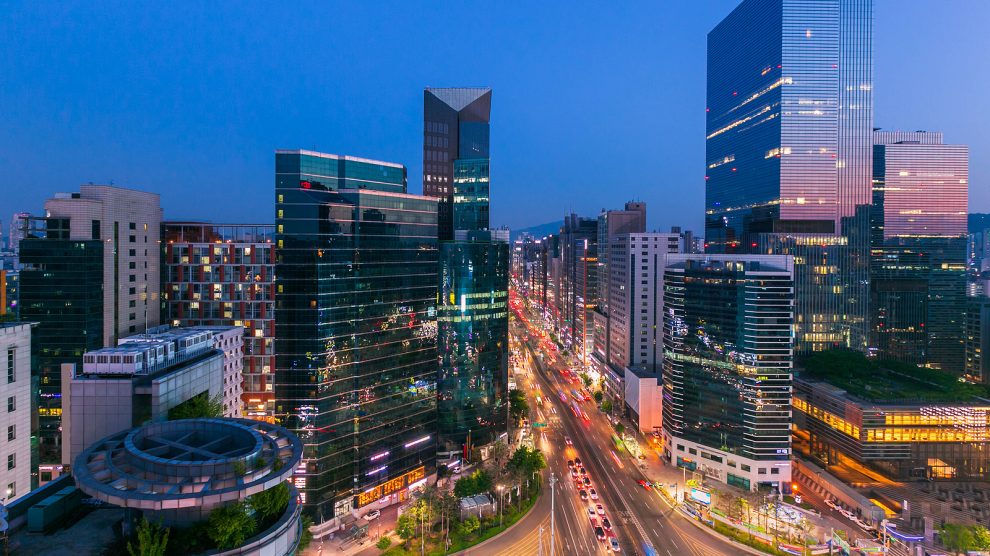 Geopolitics and history make it difficult for the countries of Central Asia to escape Chinese and Russian influence. However, a more liberal Asian economic powerhouse – South Korea – is becoming increasingly active in the region.

With little fuss, and with few headlines, South Korea has in recent years become one of the largest trading partners for the Central Asian republics of Kazakhstan and Uzbekistan.

According to data from the Ministry of Foreign Affairs of the Republic of Korea, while Poland remains the country’s largest partner in emerging Europe and Central Asia (with a trade volume of 4.33 billion US dollars in 2018), it is Kazakhstan and Uzbekistan which take second and third spots.

And they are not a distant second and third either.

While South Korea’s economic relationship with most of emerging Europe and Central Asia is largely based on exports, Kazakhstan is an important energy partner from which South Korea imported 1.56 billion US dollars worth of goods and resources in 2019.

When it comes to direct foreign investment from South Korea, Kazakhstan and Uzbekistan beat out any country in emerging Europe: in 2020 FDI exceeded seven billion US dollars across the two Central Asian states.

However, while these are notable figures, South Korea does not yet come anywhere close to the levels of Chinese investment in the two countries, which both occupy key locations along its Belt and Road initiative. Indeed, Kazakhstan is China’s fourth largest FDI destination in Asia and Oceania, behind just Australia, Singapore and Indonesia, but ahead of Malaysia.

China is not wanted

While China is keen to expand its economic presence in its western periphery, the feeling is not necessarily mutual.

A 2020 study by the Central Asia Barometer suggests that Central Asians are becoming increasingly uneasy with the Chinese presence in the region. In Kazakhstan and Kyrgyzstan, where tensions towards Chinese investors have been brewing for some time, only seven and nine per cent of the population respectively, expressed “strong support” for Chinese energy and infrastructure projects in their countries.

In Uzbekistan, which – unlike Kazakhstan and Kyrgyzstan – does not directly border China, locals have a somewhat more enthusiastic outlook towards Chinese investments, but even there, scepticism has been growing. While 65 per cent of Uzbeks expressed “strong support” for Chinese investment in 2019, only 48 per cent did in 2020.  Similarly, in 2019, 69 per cent of Kazakhs answered that they were “very concerned” by Chinese land purchases in their country, which grew to 75 per cent in 2020, while in Uzbekistan the number grew from 30 to 53 per cent.

With Central Asians increasingly questioning the motivations behind Chinese spending in the countries, South Korea has the opportunity to further reinforce its position and influence in Central Asia.

While there is substantial potential for further growth in cooperation, South Korea’s interest in Central Asia has already been growing steadily throughout the past decade, largely owing to its New Asia Initiative set to increase the country’s influence in international politics by adopting a leadership role amongst comparably smaller Asian economies, primary in South-East and Central Asia.

The country’s relationship with the South-East Asian ASEAN states, which have a much larger combined population and better-developed connectivity links with Seoul, is more economically significant than with Central Asia. It also, however, reveals what cooperation between South Korea and Central Asia has the potential to look like in the near future.

Amongst the unique factors that have frequently been seen as beneficial to fostering a deeper relationship between Central Asia and South Korea is the presence of an ethnic Korean community in the region, most often referred to as Koryo-Saram.

The group has inhabited Central Asia since the 1920s when the then Soviet leader Joseph Stalin deported tens of thousands of ethnic Koreans residing on the USSR’s border with the Korean peninsula. Today, there are almost 180,000 Koryo-Saram Koreans believed to reside in Uzbekistan and over 100,000 in Kazakhstan.

Dr Byoung Won Min, an international relations professor at Ewha Womans University in Seoul, specialising in East Asian foreign policy, tells Emerging Europe: “South Korea could take advantage of Central Asia’s growing and justified fears of China. National identities can be a powerful tool in foreign relations, so it is not entirely unthinkable for the Koryo-Saram Korean community to play the role of a facilitator for such further cooperation. However, if such cooperation efforts are to become reality, Central Asian countries would also need to be active, as the initiative cannot be coming purely from South Korea.”

Furthermore, Kazakhstan has been a salient partner in South Korea’s efforts to achieve nuclear disarmament on the Korean peninsula by sharing its own experience with denuclearisation during the 1990s.

Most recently, in November 2020, the embassy of the Republic of Korea in Nur-Sultan organised a webinar looking at Kazakhstan’s approach to voluntary disposing of the 1,410 nuclear warheads it inherited from the Soviet Union.

The webinar came in the days leading up to the 13th Central Asia – South Korea Cooperation Forum in Seoul, at which South Korean foreign minister Kang Kyung-wha met with heads of the foreign ministries of all five Central Asian states, including the Kazakh foreign minister, Mukhtar Tileuberdi, and discussed the consequences and opportunities for economic cooperation in the context of the Covid-19 pandemic.

The removal of remaining barriers to trade and improving product quality and competitiveness were other topics of discussion.

Situated in a neighbourhood dominated by two powerful actors which consistently ignore democracy and human rights, the countries of Central Asia have themselves found little incentive to achieve progress in the area of political plurality and democratisation.

Can the Aral Sea ever recover? And is the Caspian Sea climate change’s next victim?
There’s never been a better time for UK firms to explore Ukraine’s potential
Comment