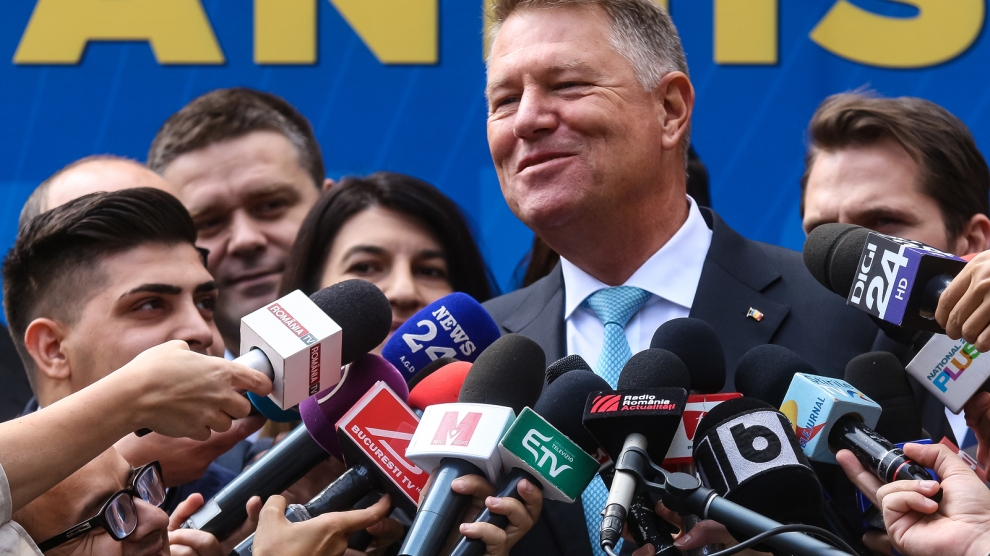 Klaus Iohannis was the clear winner of the first round of the Romania’s presidential election on November 10, taking almost 38 per cent of the vote.

Mr Iohannis, Romania’s incumbent president who is backed by the ruling Liberal party (PNL), was a long way ahead of his nearest rival, the former Social Democratic party (PSD) prime minister Viorica Dăncilă, who won around 22 per cent of the ballot. The two will now take part in a run-off election on November 24 with Mr Iohannis – who has won widespread praise for the way in which he has defended the rule of law against almost three years of constant PSD attacks – widely expected to win a comfortable victory.

Dan Barna, of the insurgent Save Romania Union (USR), was third in the poll with 15 per cent.

Turnout was just over 50 per cent. More than 650,000 Romanians living abroad voted, a record.

“We have beaten the Social Democrats,” Mr Iohannis told supporters. “But the war is not over, we have to take another step forward in two weeks,” he said.