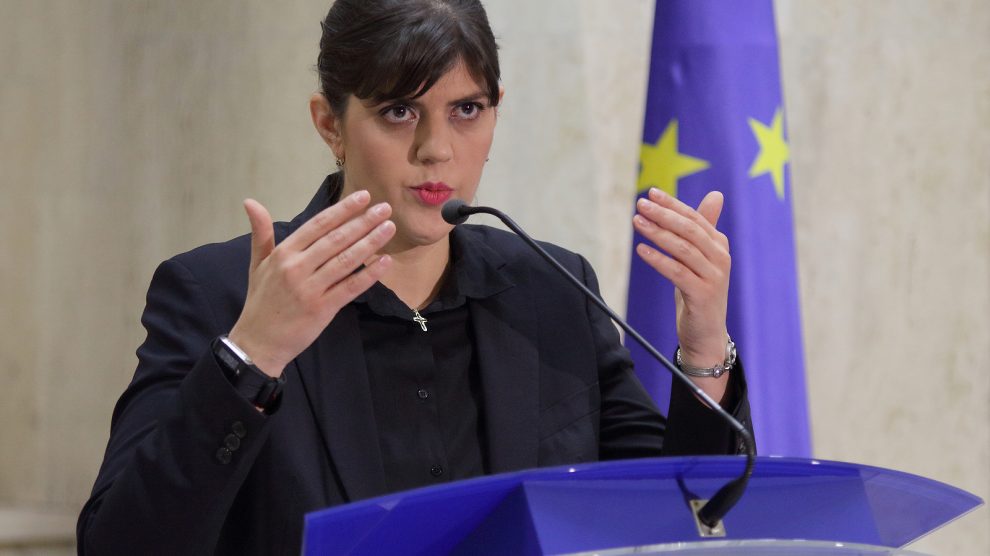 Is Bulgaria really interested in helping the European Union fight against the theft and misappropriation of EU funds? Its nominations for the office of EU chief prosecutor suggests it isn’t.

The European Union’s chief prosecutor, Laura Codruța Kövesi (pictured), this week rejected almost all of the Bulgarian candidates nominated to serve in her new office.

Kövesi is reportedly irritated, and here in Bulgaria we certainly share her frustration with Geshev, as I have also previously argued for EurActiv, Euronews and the LSE.

The EU chief prosecutor’s office is tasked with the very narrow mandate of going after EU funds that have stolen or mismanaged. It has to stick to EU funds-related cases only; it does not cover all legal issues as an overarching EU prosecutor service which could potentially correct mistakes at the national level – much to the dissatisfaction of local groups.

We’d really much rather have the option to turn to an EU prosecutor for many other cases, but the EU system is a table d’hôte, not à la carte. That’s why, in its very narrowly-defined legal mandate, experience of EU funds is key to the new posts that Kövesi is trying to fill.

This is Kövesi’s first blow against the Bulgarian chief prosecutor, who was convinced that Bulgaria’s institutions were sending their best and brightest to the new, high profile EU office.

Unfortunately, most of the candidates turned out to be highly inadequate for the very specialised job at hand. Reportedly, no other country had its candidates rejected.

The question –as with any international nominations – persists: could Bulgaria really not find any candidates who would be able to hit the ground running, ready to aggressively get their teeth into prosecuting the misappropriation of EU funds (which, let’s face it, happens a lot in Bulgaria)?

If there are, then surely these would be the top candidates and most obvious choices for the Bulgarian chief prosecutor. People like these know the nuts and bolts, and the legal tricks in the Bulgarian system.

They would be Kövesi’s fiercest hounds in Bulgaria – and that would be a good thing, right?

Seasoned, fierce hounds ready to turn everything upside down: these are the kinds of people that Ivan Geshev wants as European prosecutors, right?

But something tells me that these candidates were the first to be struck down by Geshev. Bulgaria is demonstrating from the outset, before the work has even began, that addressing crimes with EU funds is the last thing on this administration’s mind. And the upcoming elections in April will not change that, because the Bulgarian chief prosecutor has a mandate of seven years, and it is he who decides is nominated to become an EU prosecutor.

As we await the second batch of candidates after this political blow, the message has been sent.

Laura, for crimes relating to EU-funds, please don’t call Bulgaria. We are busy right now, but please be assured that your call is very important to us. We will return your call as soon as we can.