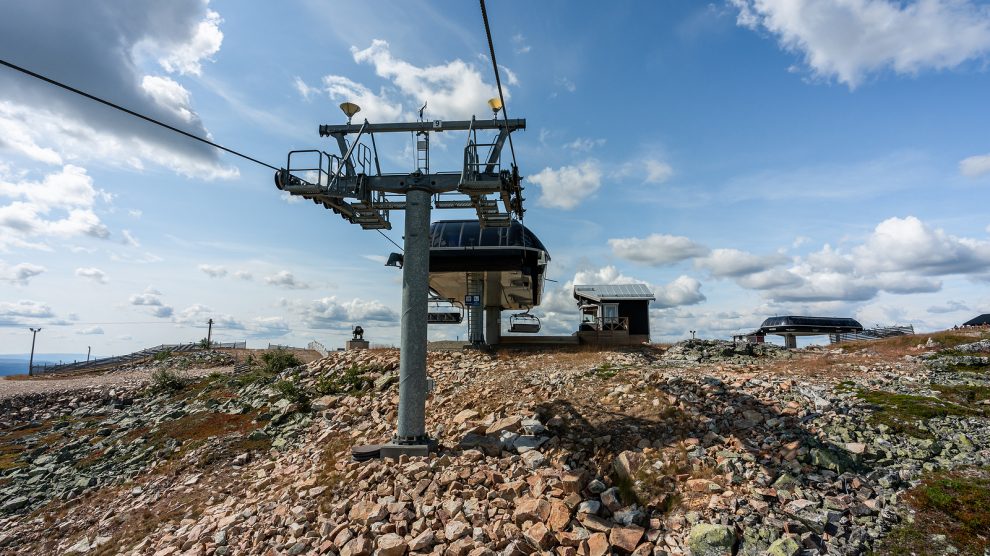 As snow becomes increasingly rare in some ski resorts in Central and Eastern Europe, they should learn to thrive without it.

For most ski resorts in Bulgaria, Romania and the Western Balkans, this will not be a white Christmas. Indeed, the chances of a white New Year are also minimal. Relatively warm and dry weather throughout December has prevented the accumulation of snow in anything like the quantities required for snow sports.

In most places there has been no snow at all.

Usually when a ski resort can’t rely on nature to provide its most crucial raw material, it will turn to artificial snowmaking machines in order to do so. Making artificial snow is costly process (both in a financial and ecological sense) that uses significant amounts of electricity and water.

It also requires several days of below-freezing temperatures – something that few places in the region have experienced so far this winter.

There is some, very limited skiing (on artificial snow) at Kapaonik in Serbia and at Bansko, Borovets and Pamporovo in Bulgaria, but several resorts which should be about to enjoy their most lucrative weeks of the winter remain firmly shut, including Poiana Brașov and Sinaia in Romania.

“For New Year’s Eve we still have more than 30 per cent availability,” grumbles one hotel owner in Poiana Brașov. “That’s never happened before.”

Nevertheless, for some of the ski resorts of the region, snow-free Christmases are becoming a common occurrence. Romania’s ski resorts were similarly bereft of snow in 2019, while last winter also saw little snow arrive until well into January.

As average global temperatures continue to rise, winters are already 10 to 30 days shorter than they were in the 1960s. Temperatures stay cold for less time, which means it’s harder for snow to build up to levels worth skiing on. In Romania, average temperatures have risen almost 1.5 per cent over the past 30 years while precipitation levels have fallen.

Low elevation is also an issue. Skiing at Poiana Brașov tops out at just over 1,700 metres, and few resorts anywhere in emerging Europe offer skiing above 2,000 metres.

There’s more to the mountains than snow

Mihai Lotru is a Romanian mountain guide, who takes groups of hikers and climbers up some of the country’s most demanding terrain. He says that Romanian mountain resorts will survive if they “look beyond the snow”.

“Christmas and New Year always grab the headlines, not least when there is a lack of snow, but the truth is that you do not necessarily need snow to have a good time in the mountains,” he says, suggesting that mountain towns and resorts should think about finding ways of “making money without it”.

Winter sports are lucrative because skiers will pay a premium to be transported uphill, which is why they have so far been preferred to hikers who make their own way up.

Lotru is not suggesting that hikers should be charged for making use of trails, “God forbid”, he says, but he does offer a few clues as to how resorts struggling with a lack of snow can make money out of people going downhill in ways that do not involve skis or snowboards.

“Offer them an experience,” he says. “That’s what people have always come to the mountains for, going back centuries. I think we have forgotten that mountain resorts existed long before skiing and snowboarding came along. They thrived once before, and there is no reason why they can’t continue to do so. They just need to be clever, and look beyond the snow.”

At Kapaonik in Serbia (ironically one of the few places in the region where skiing on real snow is currently possible), looking beyond snow led the resort’s administrators to in 2019 install Europe’s longest dry ski slope, one kilometre in length and served by its own chairlift.

The piste is made of Neveplast, a product formed of synthetic bristles designed to resemble a similar surface to hardpack groomed snow.

Neveplast has also recently been used to create a year-round cross country ski track at Jelenia Gora in Poland.

The future for emerging Europe’s ski resorts might not yet be entirely downhill.

Stalemate in Nagorno-Karabakh
This Christmas, all Ukraine’s children want is peace
Comment