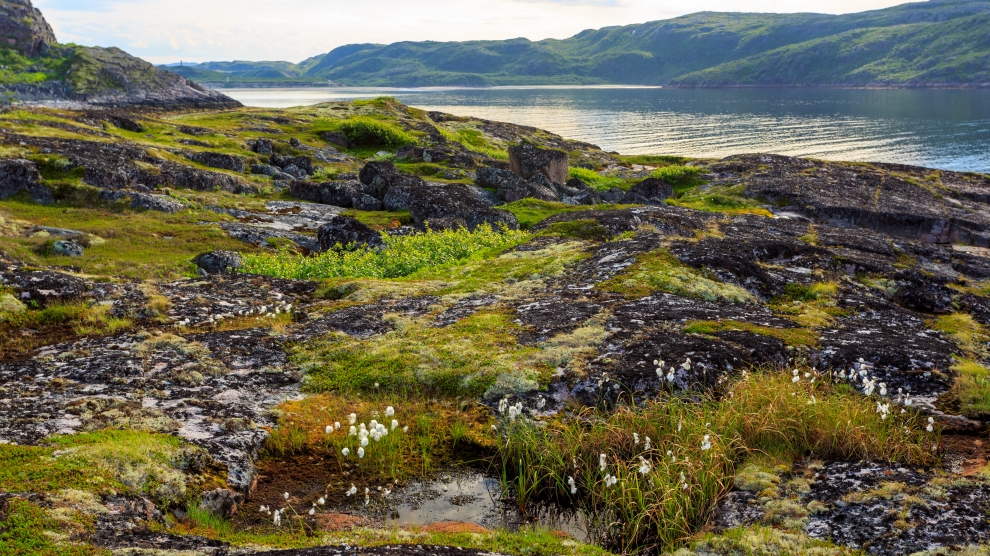 Siberia, known primarily for its freezing temperatures and thick forests, has been a land this summer apocalyptically transformed. Abnormally high temperatures have sparked fires, sending thick smoke bellowing across the landscape of a region that is now firmly on the frontline of the world’s fight against climate change. Irreversible damage to the environment is being matched by the detrimental impact on infrastructure, livelihoods and regional economies.

Temperatures in the Russian town of Khatanga, well inside the Arctic Circle, usually hover around zero degrees Celsius during spring and early summer: on May 22, the mercury touched 25°C. These high temperatures were repeated across most of the region. At Nizhnyaya Pesha, June 9’s high of 30°C topped summer vacation hotspots such as Athens and Rome.

With such high temperatures come forest fires. Russia’s Federal Forestry Agency says that more than 2.7 million hectares of remote forest are currently burning across six Siberian and eastern regions. Greenpeace Russia estimates the area to be even larger, at 3.3 million hectares – an area bigger than Belgium.

As if the temperatures, and fires, were not concerning enough, their effects have been absolutely devastating on both the natural and human environment.

A heatwave such as this year’s, which a recent study found was 600 times more likely due to man-made climate change, greatly accelerates the melting of the Arctic permafrost – something which could take 80,000 years without human interference.

This thaw creates significant challenges, as Dr Sue Natali from the Woodwell Climate Research Centre, where her research focuses on the impact of climate change on terrestrial ecosystems, tells Emerging Europe.

This kind of impact has already been witnessed across northern countries, where melting permafrost means the ground is no longer able to support structures built on it. For many, this raises particular concerns over the oil and gas industry, which is the primary economic sector in the Arctic Circle.

Pipelines, processing plants and storage tanks on unstable and thawing ground become a serious threat to the natural environment. In some cases, accidents have already taken place.

Melting permafrost and poorly maintained equipment led to one of Russia’s worst oil spills on May 29, when several tons of diesel fuel leaked from a fuel tank at the Norilsk Energy Company No. 3 thermal power plant near the industrial city of Norilsk. After the spill, Nornickel, which owns the plant, prepared a long-term programme to monitor the condition of permafrost, buildings and structures.

With the rise in temperatures showing no sign of decelerating, the accident could be the first of many in northern Russia, causing immeasurable economic and environmental damage.

The Intergovernmental Panel on Climate Change (IPCC) released a report last September that found 45 per cent of oil and natural gas production fields in the Russian Arctic are located in the most hazardous and at-risk region. Moreover, areas of discontinuous permafrost could see a 50-75 per cent drop in load bearing capacity over the period from 2015-25 in comparison to 1975-85.

This poses a threat to the region’s water supply.

According to Dr Pekka M. Rossi, an assistant professor from the University of Oulu in Finland, “for water supply management the main issues that cause concern are the change of season. For example, if winters are milder the groundwater resources used for drinking water in non-permafrost regions (where groundwater is the main drinking water source, such as Finland), might not recharge as much from snow melt as has been the case previously.”

According to his colleague, Professor of Physical Geography Jan Hjort, these changes can also pave the way for invasive species, while reduced snow cover can make life impossible for native Arctic species.

Moreover, Mr Yablokov adds, permafrost melt can also expose us to ancient bacteria and organisms such as anthrax.

Alarmingly, the level of temperature increase that Siberia has seen this year wasn’t generally forecast to occur until the end of the century. Yet now, the rapid and devastating effects of the climate crisis are being well and truly felt in the here and now. Infrastructure that was built on seemingly stable ground is at risk, and any mitigation that was taking place is proving to be deeply inadequate.

Russia’s prosecutor general’s office has ordered thorough checks to be carried out on dangerous installations built on territories exposed to permafrost melt, but when this encompasses around half of all production fields, it’s a monumental task.

The country’s president, Vladimir Putin, has been heavily criticised for his response to the fires. Hundreds of thousands of people have signed a petition calling on tougher action after the authorities justified their belated response by claiming that wildfires in remote areas provided no direct threat to people. 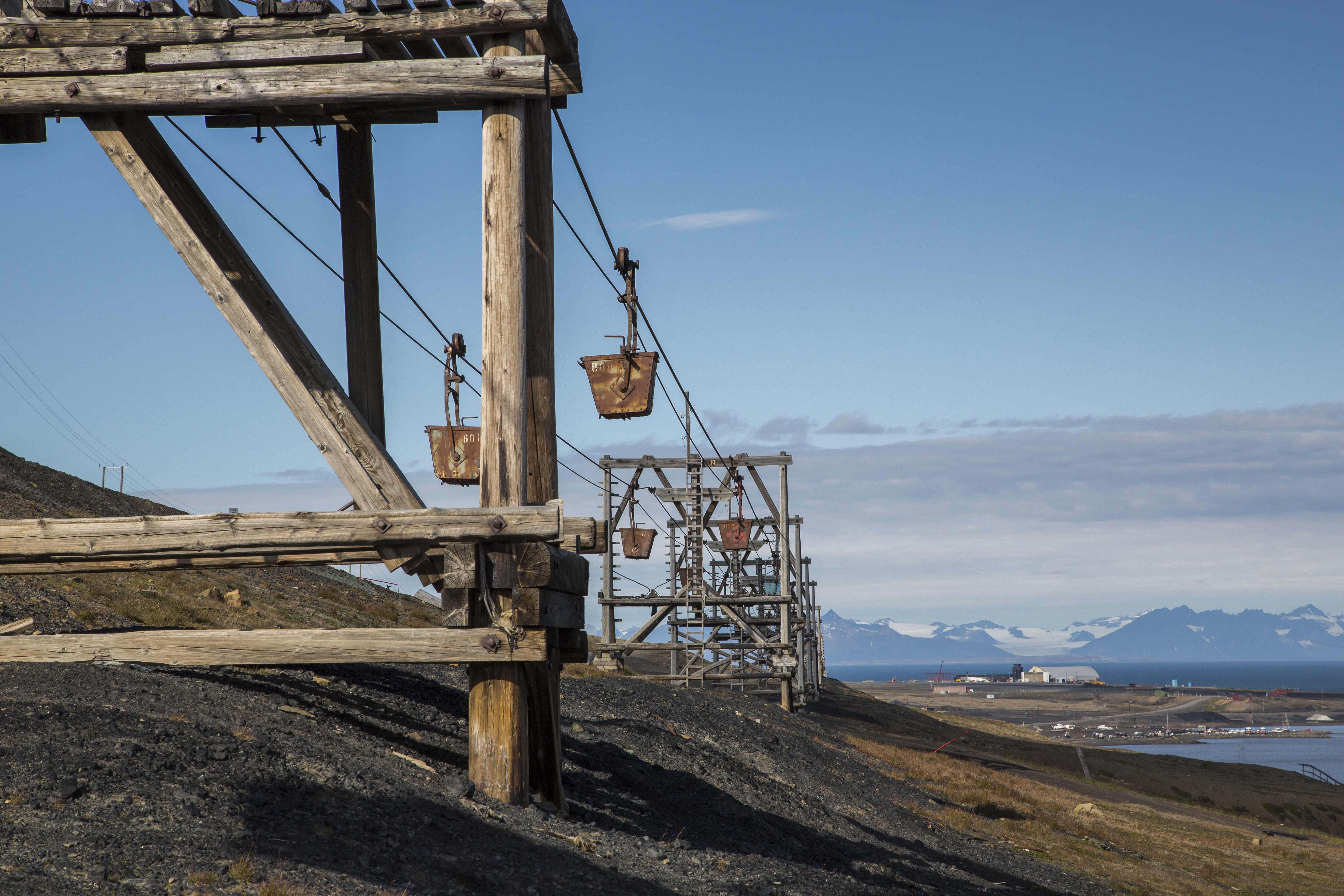 Impact in a global scale

What happens in Siberia does not, however, stay in Siberia. The impact is global.

“Internationally, the major challenge is from the potential for carbon emissions from permafrost once it thaws,” continues Dr Natali. “The permafrost region stores more than three times as much carbon as the world’s forest biomass, and when it thaws, that organic carbon can be decomposed by microbes and released into the atmosphere as greenhouse gasses, carbon dioxide and methane. This additional source of greenhouse gasses is generally not fully accounted for.”

Essentially, the higher temperatures create an amplifier effect that worsens positive feedback loops. Higher temperatures means the melting of ice leaves highly flammable layers of taiga, peat bog and tundra vulnerable, increasing the intensity and range of wildfires. Moreover, NASA scientists are now reporting that peat fires are notorious to potentially smoulder underground over the winter period, only to start up again in spring. These “zombie fires” become even more likely when record-breaking temperatures are factored in.

Fires in this kind of landscape create more smoke than grass and trees, and release far higher concentrations of carbon when burned. According to the EU’s Copernicus satellite monitoring service, Siberian blazes released 59 megatons of carbon dioxide in June, the highest amount on record.

To make matters worse, it is not just recent peat that is being exposed, but peat that has taken over 15,000 years to accumulate. This also releases methane, a greenhouse gas far more potent than Co2. Currently, around half of the fires in Russia’s arctic are burning through peat soil.

The burning of tundra, peat and taiga also creates more smoke, which has now spread as far as Canada’s west coast, injecting megatons of harmful particles into the air, which can trap heat and again speed up the melting process.

All of these impacts drive even more warming and beget conditions to release even more greenhouse cases into the atmosphere.

Here, the northern regions represent one of the most marked impacts of the climate crisis, acting as a warning to the rest of the world.

“Arctic biomes are warming faster than anywhere on the planet, and the impacts are already apparent in the changes that are occurring in Arctic ecosystems and in the hazardous conditions that permafrost thaw and other climate-driven changes are creating for human communities,” says Dr Natali, “This is a very clear illustration of the climate crisis that should be receiving more attention and support for adaptation response, particularly for the communities who are impacted.”

However, according to Mr Yablokov, governments and international bodies are not doing nearly enough. “The climate crisis is progressing much faster than previously thought. It is necessary to drastically reduce emissions and achieve zero emissions as early as possible. Important actions in all areas, at the national and personal level, in all countries, in all sectors of the economy. There is no silver bullet, instead, decarbonisation should be everywhere ASAP.”

However, as fossil fuel emissions are reduced, so is the threat of permafrost thaw. For Dr Natali, the already apparent drastic impacts of this not only on the Arctic region, but globally, should be motivation enough for stronger action.

As these forest fires join an already concerning list of record-breaking heatwaves and blazes, in Australia, the Amazon and elsewhere, 2020 is certainly shaping up to be a concerning year for environmentalists.

Gavin Schmidt at the Nasa Goddard Institute for Space Studies in New York predicts that there is a. three in four chance that 2020 will be the hottest year ever, beating the record of 2016, only four years previous.

If there is one thing most scientists can agree on, is that the devastating human footprint on the planet has rarely, if ever, been clearer.

“This is the clearest signal we have seen,” says Dr Friederike Otto, the acting director of Oxford’s Environmental Change Institute and a co-lead of the World Weather Attribution initiative.

“As emissions continue to rise, we need to think about building resilience to extreme heat all over the world, even in Arctic communities – which would have seemed nonsensical not very long ago.”