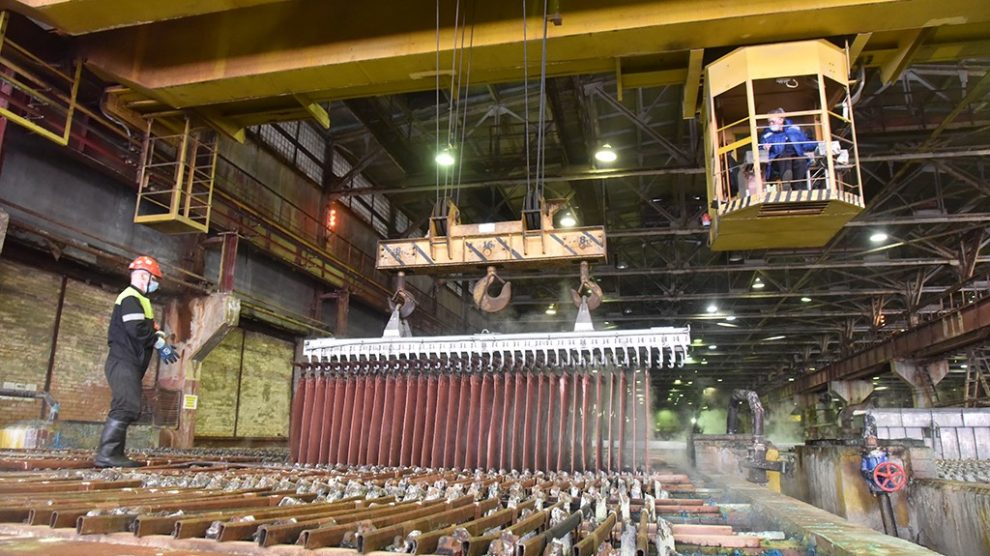 Russian metal producer Norilsk Nickel has announced that it will close its metallurgical plant in the city of Monchegorsk as part of the company’s programme to move towards greener production.

Norilsk Nickel (Nornickel) is set to close a metallurgical plant in the city of Monchegorsk, in the border region of Russia, Norway and Finland, the main source of sulphur dioxide emissions in the area.

The closure of the workshop is associated with the firm’s ongoing process of transitioning to the environmentally-friendly production of high-quality metallurgical products.

Next year, emissions will be limited to 22,000 tonnes, of which 8-9,000 (depending on the season) will be from the power plant, which also heats homes in Monchegorsk.

Nornickel plans to upgrade the plant and build a modern copper refining facility in the town with double the annual capacity – up to 150,000 tonnes – and higher environmental standards.

The Monchegorsk workshop will be the third outdated facility Nornickel closes permanently, after shuttering a nickel plant in the town of Nikel in December 2020 and Norilsk in 2016.

“The old, ineffective workshop will be closed and a new one meeting the highest environmental standards will be built in its place,” says Norilsk Nickel’s Vice President for Strategy Sergey Dubovitsky.

“These standards mean that almost all gases will be captured. The project also provides for utilisation of these gases and the production of sulphuric acid.”

Nornickel plans to build a new copper line on the Kola Peninsula by 2025, and before that copper output will be moved to its polar division, where facilities have already been upgraded.

The closure of the unit affects about 700 employees, of whom two-thirds will be reassigned within Nornickel while the remainder will leave the company with one-off payments.

Welcome news for the environment

Paul Eric Asfolm, a researcher at the Norwegian Institute for Bioeconomic Research, has welcomed the news.

“From the perspective of nature protection, stopping sulphur dioxide and other pollutant emissions from the Nickel plant will allow nature to recover slowly,” he says.

“Already, there are some changes in nature as a response to lower emissions since the 1990s. The process of recovery is slow but visible.”

Pia Anttila of the Finnish Meteorological Institute says that she is following developments with “great interest”.

“In general, this is good news, but only if the new facilities in Monchegorsk are modern from an environmental point of view,” she notes.

In 2019, Norway welcomed the results the firm had achieved in protecting the environment and ecology from pollution, and expressed hope that the company will continue with such effective activities.

Norway has also commented positively on the activities of the Russian government to implement higher standards and create more effective environmental legislation, which should ensure a significant improvement in the environmental situation.

A major global palladium and nickel producer, Nornickel plans to spend 5.5 billion US dollars on environment projects over the next 10 years, according to investment plans revealed in December 2020.